This week's topic is the ongoing speculation of an impending downturn in the markets, predicated by the historic rises following Trump's election. I was asked by the team at Investing.com to draw Donald Trump as a shepherd leading a herd/flock of cattle up a steep hill. A sign at the top would read "Dow 21,000". On the ground below the cliff, I was asked to draw a sickly-looking bear. 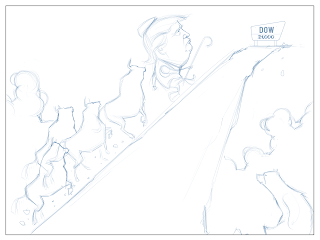 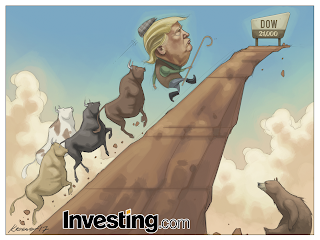 This week's comic was oddly fun. I'm not sure why I had such a good time drawing it, but I'm not going to complain. If only it was always that way.