Here's the latest comic for Investing.com about declining profits at Apple. 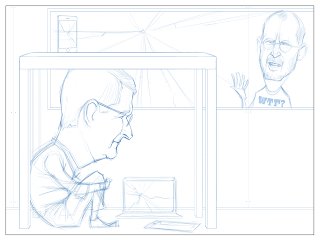 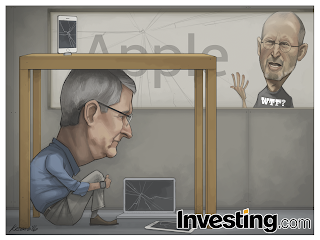 After a week-long hiatus (I was in New Hampshire for an illustration show), here's the latest comic for Investing.com. This week's topic has to do with a recent upturn in markets, likely related to recent decisions by Fed Chair Janet Yellen.

The team at Investing.com asked me to draw a new version of an older comic. The original had Xi Jinping riding a bear galloping toward the New York Stock Exchange on a gloomy day. I was asked to create a new version with Janet Yellen riding a muscular bull clad in a green shirt toward the NYSE. Walking away from the NYSE would be the bear from the original comic (looking sad and tired). I was also asked to change the weather from gloomy to sunny. 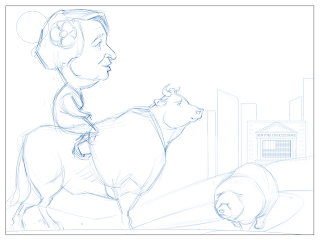 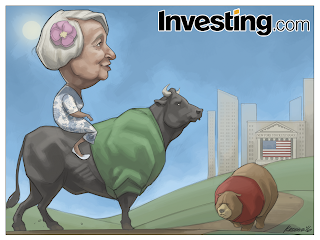 Not too much to jaw about on this one. I'm still enjoying the more gestural coloring and shading. In this comic it ends up looking kind of chunky, like I used a ragged chisel tip marker. But I don't mind it. I like the more expressive and even abstracted approach. I feel like I've been so controlled in my technique for so long that I'll probably enjoy the loosening up for a goodly long time. I imagine it will be a while before the pendulum swings the other way.

One more thought: The background was part of the original comic and specifically needed to be included in this comic. It occurs to me this time around that the rolling hills are a strange choice for the environs surrounding the NYSE.

Overall, though, this was a fun comic to draw.

Here's a comic I finished up early this week for a financial organization in Chicago. This one is about recent decisions coming from the FOMC. 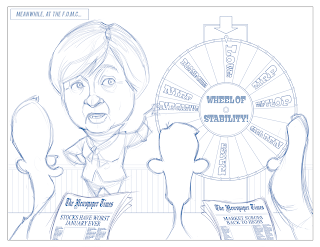 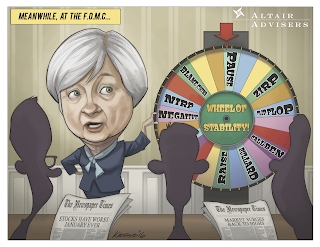 Here's this week's comic for Investing.com about their app. 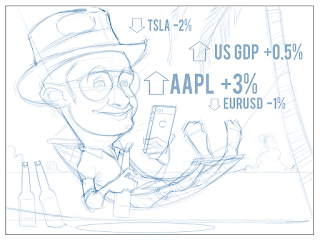 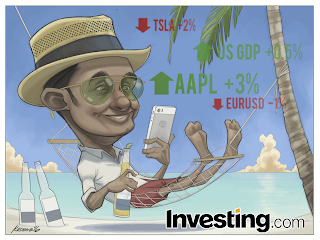 Here's the latest comic for Investing.com, about some recent "doveish" interest rate decisions. 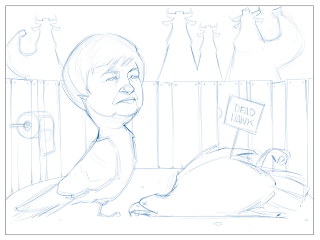 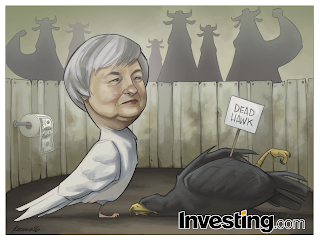 Busy week; no time for chit chat this time. I'll try to be more verbose next time around. Until next week,