Here's the latest comic for Investing.com. This week's topic is the looming fear of a European Union breakup, most recently inspired by security concerns. 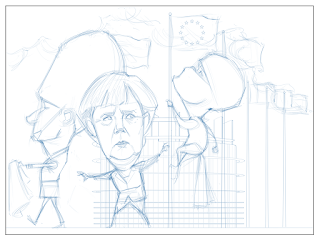 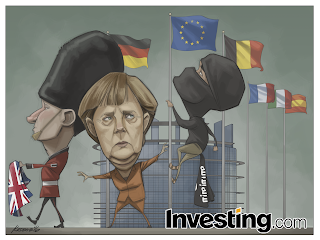 Another fairly complex comic this week, mostly owing to the three characters and the complex EU building. But I think it turned out fairly well. Merkel's caricature is serviceable, I think. And I like the treatment of the sky. I've been trying to use the sky as another means of conveying the emotion of the comic lately (with mixed success).

Overall, I think this is a decent result.