This week's subject is the continuing slide of oil prices. Oil prices have been falling dramatically for some time and the trend is projected to continue. 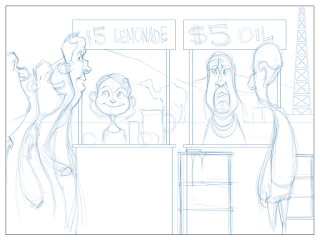 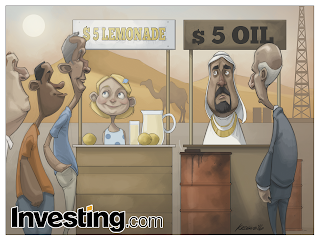 This comic was a ton of work. Six characters and a fairly complex setting are a lot to tackle in one day. One saving grace was that there weren't any caricatures to draw. Because caricatures actually have to look somewhat like specific people, they take quite a bit longer. With all these characters, I can just make up the people, which is fun and faster.

Overall: Fun comic, though I wouldn't want to do one of this magnitude every week. Still, it's important to remember that I get to draw for a living. And that's rad (if you like drawing, anyway. Which I do.)