Investing.com Extra: Gorilla in the Midst

I was asked by the crew at Investing.com to draw a parody of the famous scene in "King Kong" (wherein the movie's namesake is batting at planes from atop a skyscraper). Only in this one, I was asked to draw the gorilla yanking at an NYC Mesh dish and wearing a cape with the Time Warner logo. 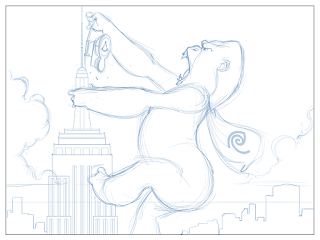 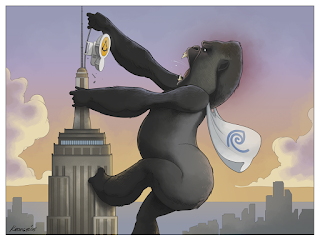 This comic was SO much fun. Partially because I don't have the opportunity to draw giant, angry gorillas as often as you might think. I was sorry when I finished this comic. Like a great book or delicious piece of cake, the end came too soon.