Here's the latest comic for Investing.com. This week's subject is the ongoing refugee crisis and the possible social and economic ramifications of a large influx of refugees into various European countries. 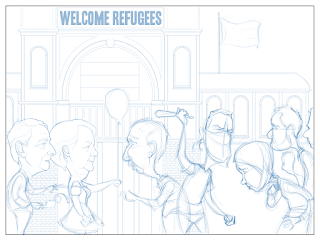 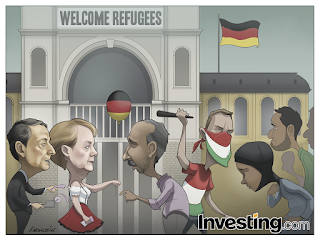 Rough comic this week. Mostly because of the number of characters. Because there were so many, I have mixed feelings about the turnout. The volume of work and the amount of time it took me to complete that work meant I couldn't take as much time to draw each individual character/element. Ideally, I would always have as much time as I needed to work on each character until they met my standards. But this just isn't feasible with a one-day deadline.

I did my best with the time I had, and that's as much as I can do.