The subject this time is Greece's likely default on IMF bailout repayments and potential subsequent exit from the European Union. The current Greek government decided it would hold a referendum, allowing/forcing Greek citizens to decide whether or not to continue with repayment (and potential increase in austerity measures) or to reject the process and embrace an uncertain future. 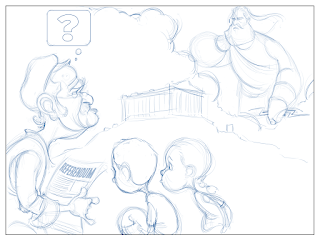 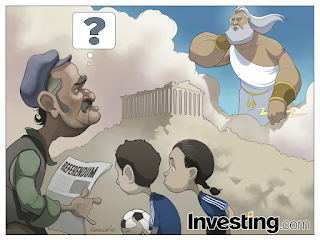 Fun comic this week. It's not often I get to draw a Greek god. That's about all the reflecting I have the patience for after several days of very long work hours.