Here's the latest comic for Investing.com. The subject this week is the likely raising of interest rates by the Federal Reserve in September. The crew at Investing.com asked me to draw a bar with two bulls dancing on top of the bar. I was also asked to draw Janet Yellen (wearing somewhat "sexy" attire) pulling beer from a tap that was running out of beer (symbolizing the end of easy money as interest rates rise). Finally, they asked me to include a bear, sitting at the bar and looking sullen. 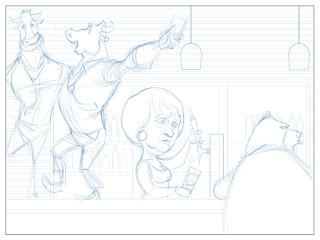 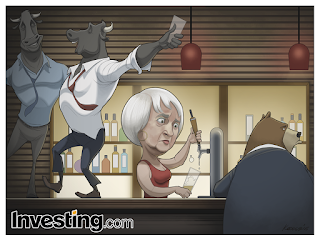 Not much in the mood for reflection this week. The comic took me 12 hours and I'm ready for some dinner. So...until next week.