Here's the latest comic for Investing.com. This week's topic was the mega merger of Kraft and Heinz foods. This post is going to be a lot shorter than usual because I have so much...on my plate. Get it? Plate? 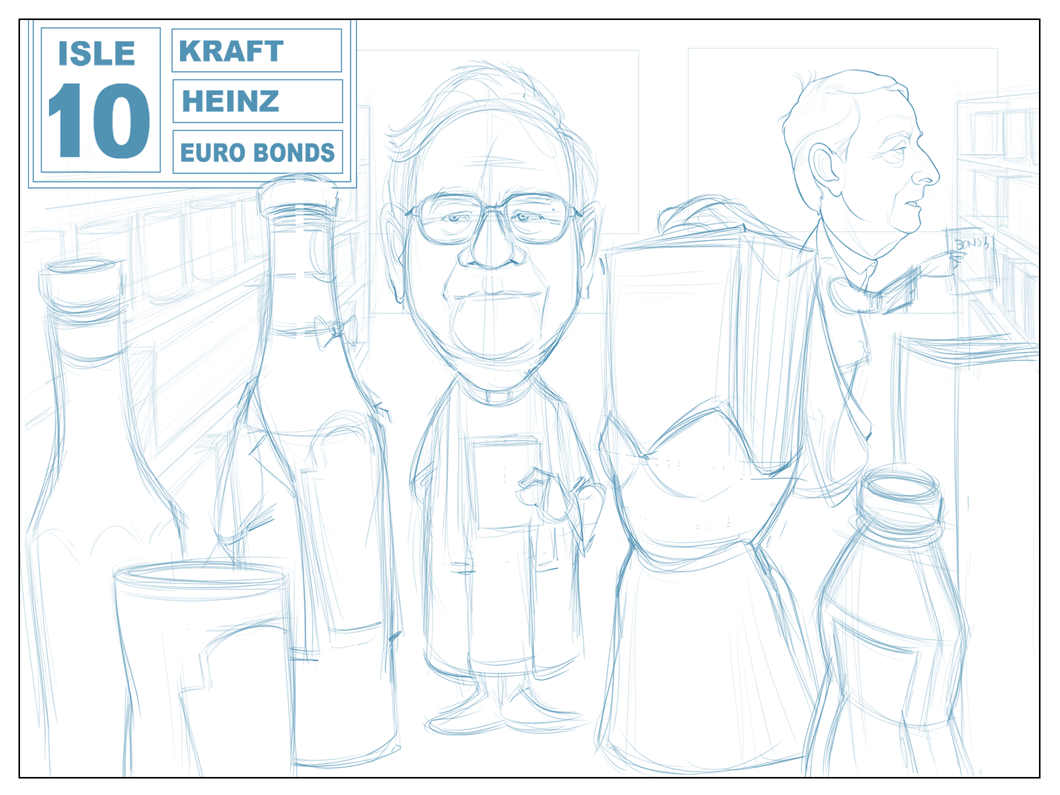 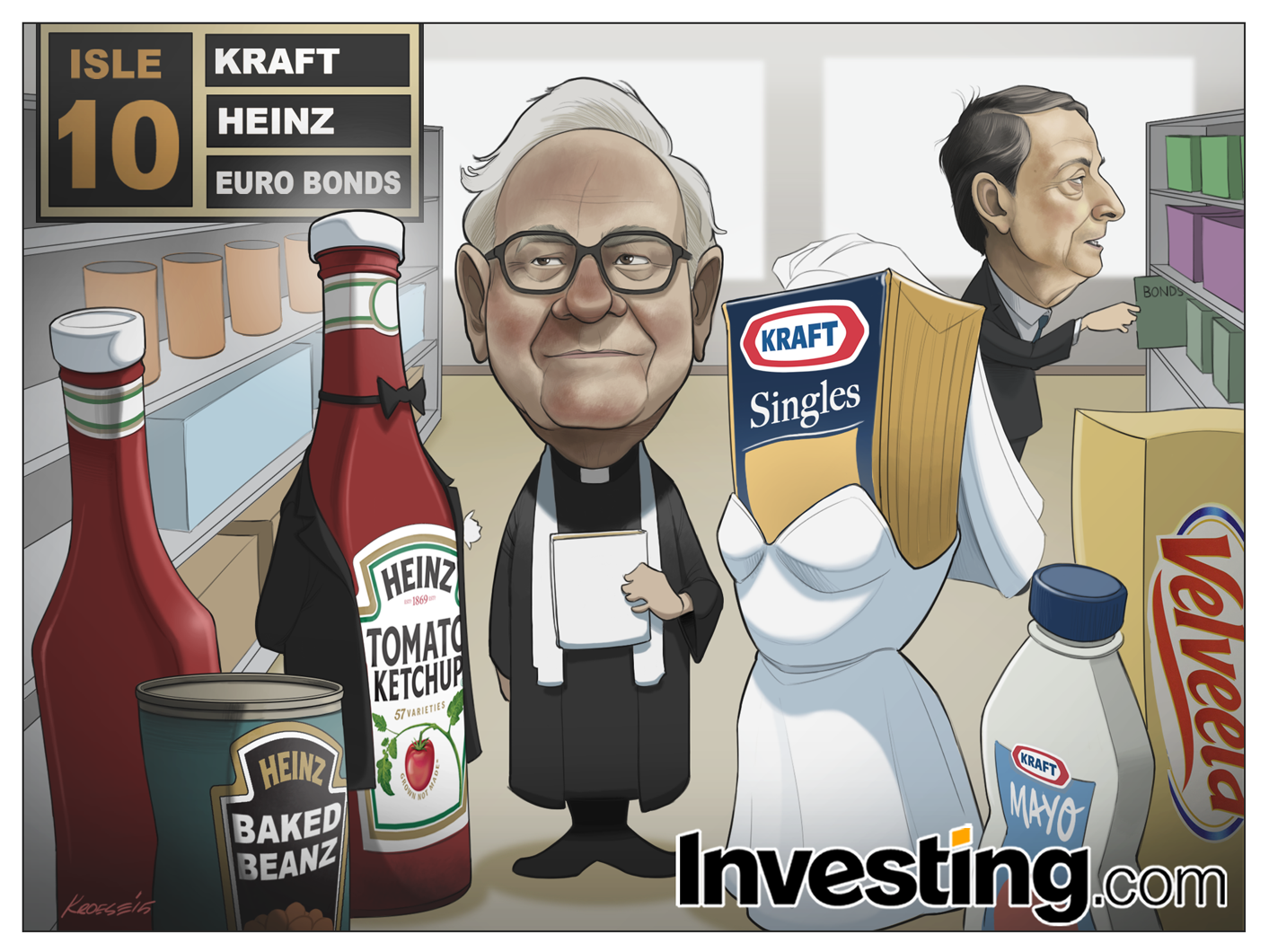 The guy in the middle is Warren Buffet. The guy in the background is Mario Draghi. This was an odd comic, what with all the anthropomorphized food and all. But I made it through, mostly intact.

Here's the latest comic for Investing.com. This week's subject is the Federal Reserve's predicted decision to raise interest rates. The team at Investing.com asked me to draw Janet Yellen sitting at the desk in her office. She was to be wearing genie clothes and rubbing a lamp. The lamp was to have smoke coming from it in which the interest rate numbers were to be shown. Behind Yellen, they asked me to draw The Mountain (from Game of Thrones) to indicate the current strength of the dollar. 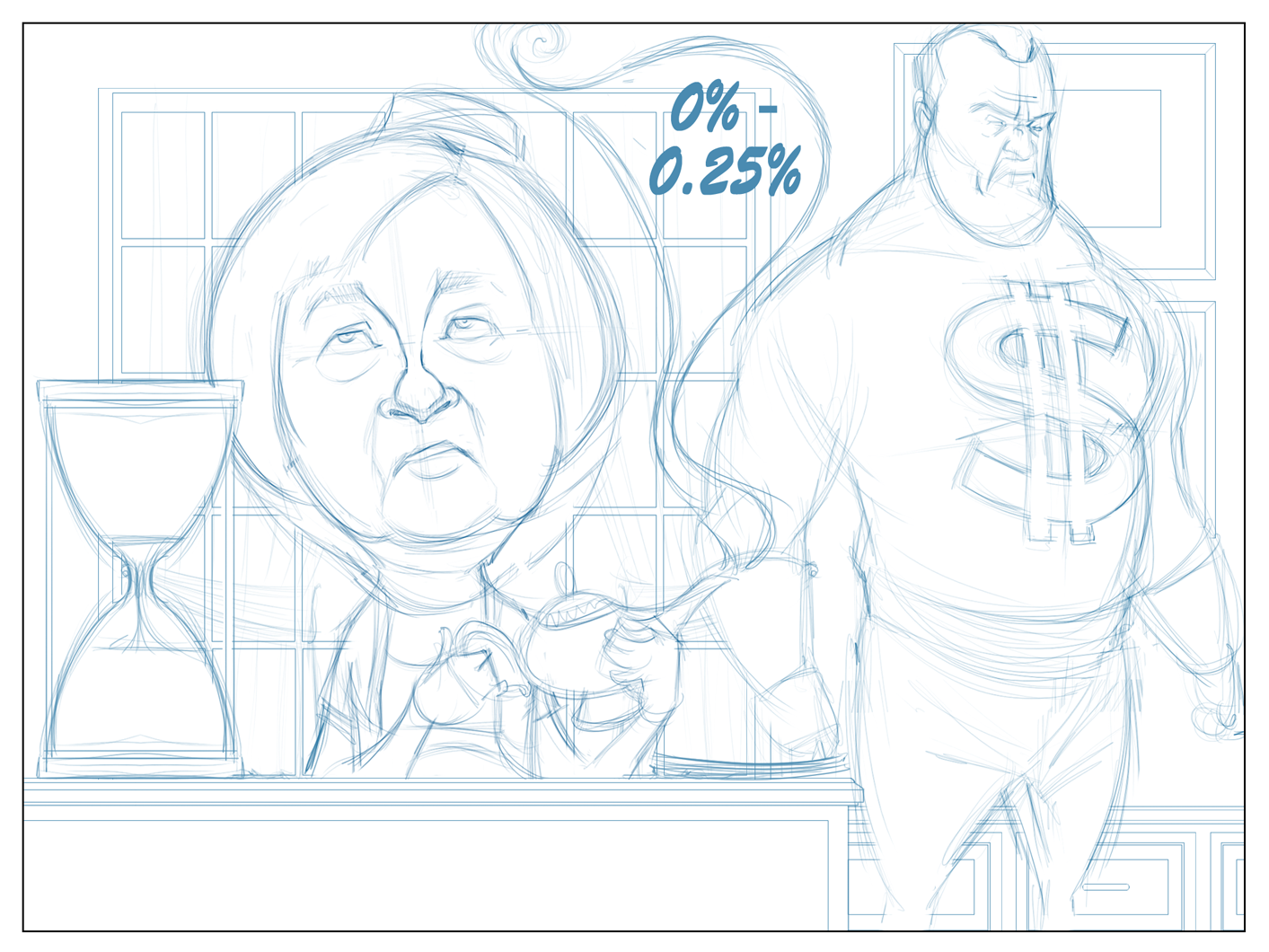 Here's how it looks outlined: 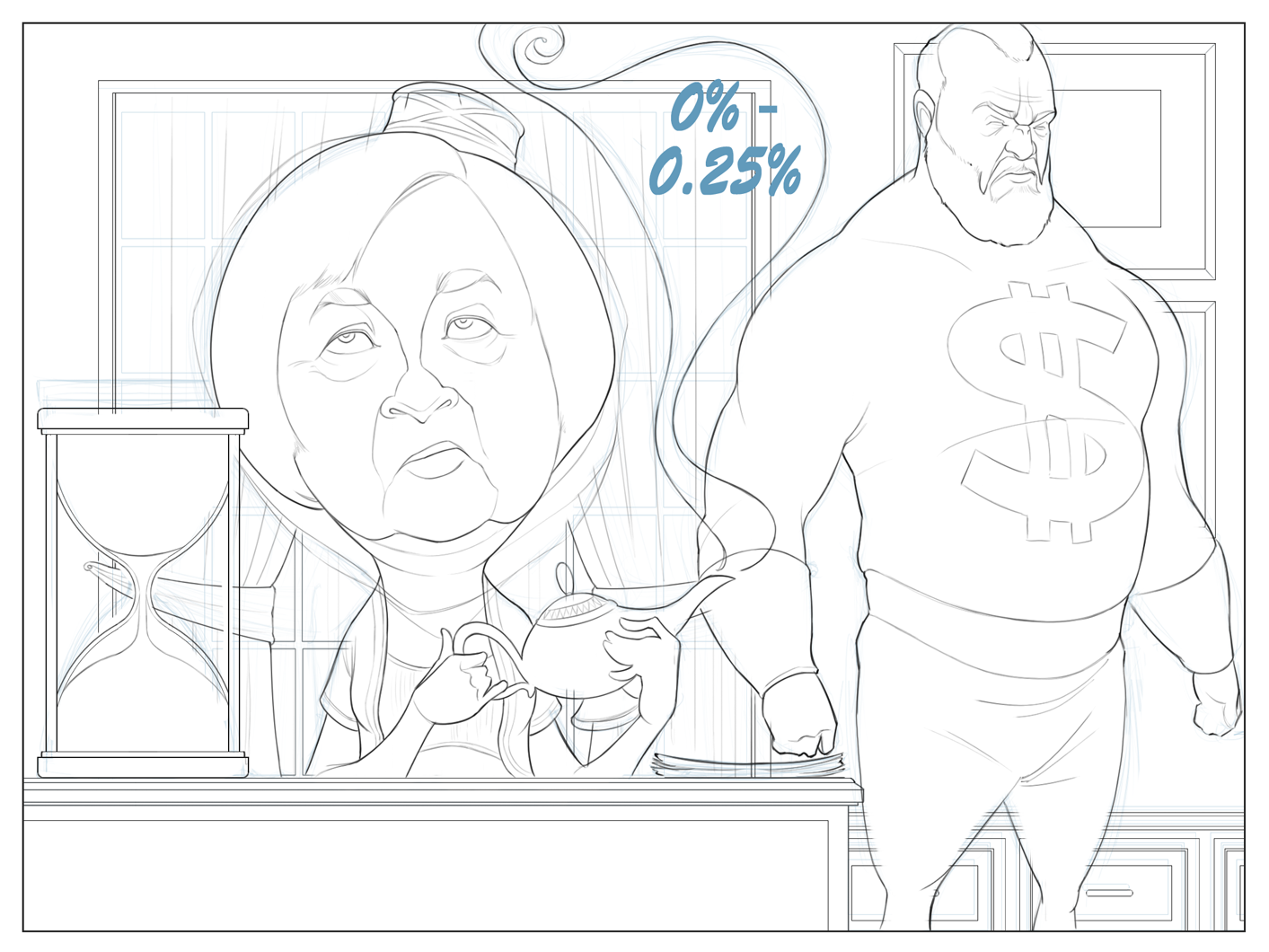 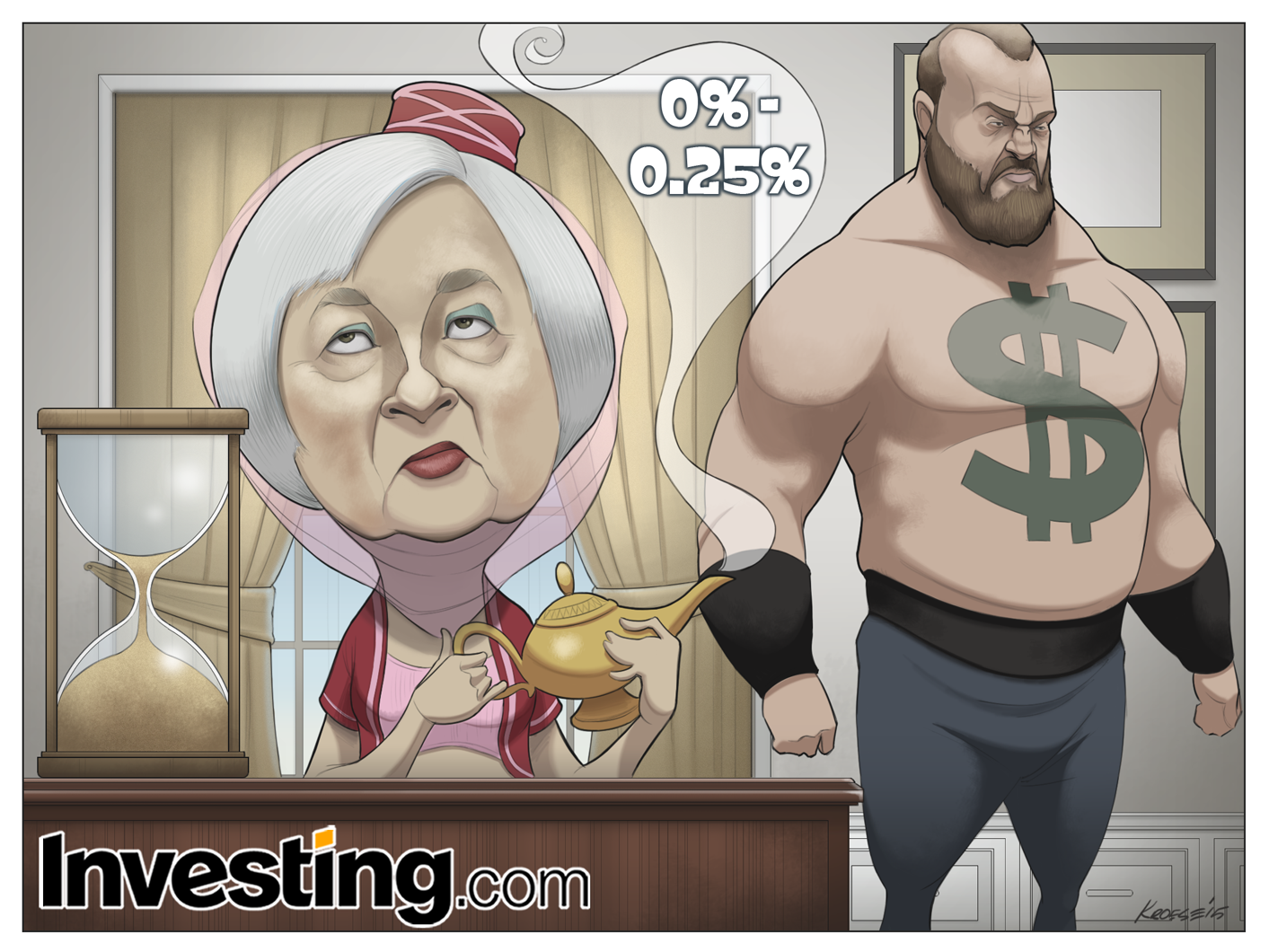 The comic this week was pretty fun. It was fun to draw The Mountain (although it seems like a bit of a misnomer as mountains are usually bigger at the BOTTOM). It was also fun to draw Yellen in a genie costume, though I'm not exactly sure how that fits into this comic. I'm sure there's a reasonable explanation, it just wasn't provided to me.

After a couple of caricatures of Yellen I didn't particularly like, this one turned out satisfactory. The colors are a little too uniform (a lot of warm grays and yellows that confuse the foreground and background somewhat), and the composition is a bit crowded, but otherwise I think this is a decent comic.

Going off the rails on a finance train

(To be sung to the tune of "Crazy Train")


Ok, that's enough of that nonsense.

Hi. Here's this week's comic for Investing.com. It has to do with the crash of the value of the Euro and the belief that the dollar and the euro will soon be fairly equitable in terms of value.

The crew at Investing.com asked me to draw a train with the symbol and coin of the European Union on the side. At the helm, in full conductor regalia, was to be Mario Draghi, head of the European Central Bank. Pushing the train from behind and flexing an arm tattooed with the dollar symbol was to be our gal at the Fed, Janet Yellen. Standing on the sidelines: A man wearing a BMW hat and a shirt that says "Exporter" (this symbolizes the fact that falling currency values are good for the export market). 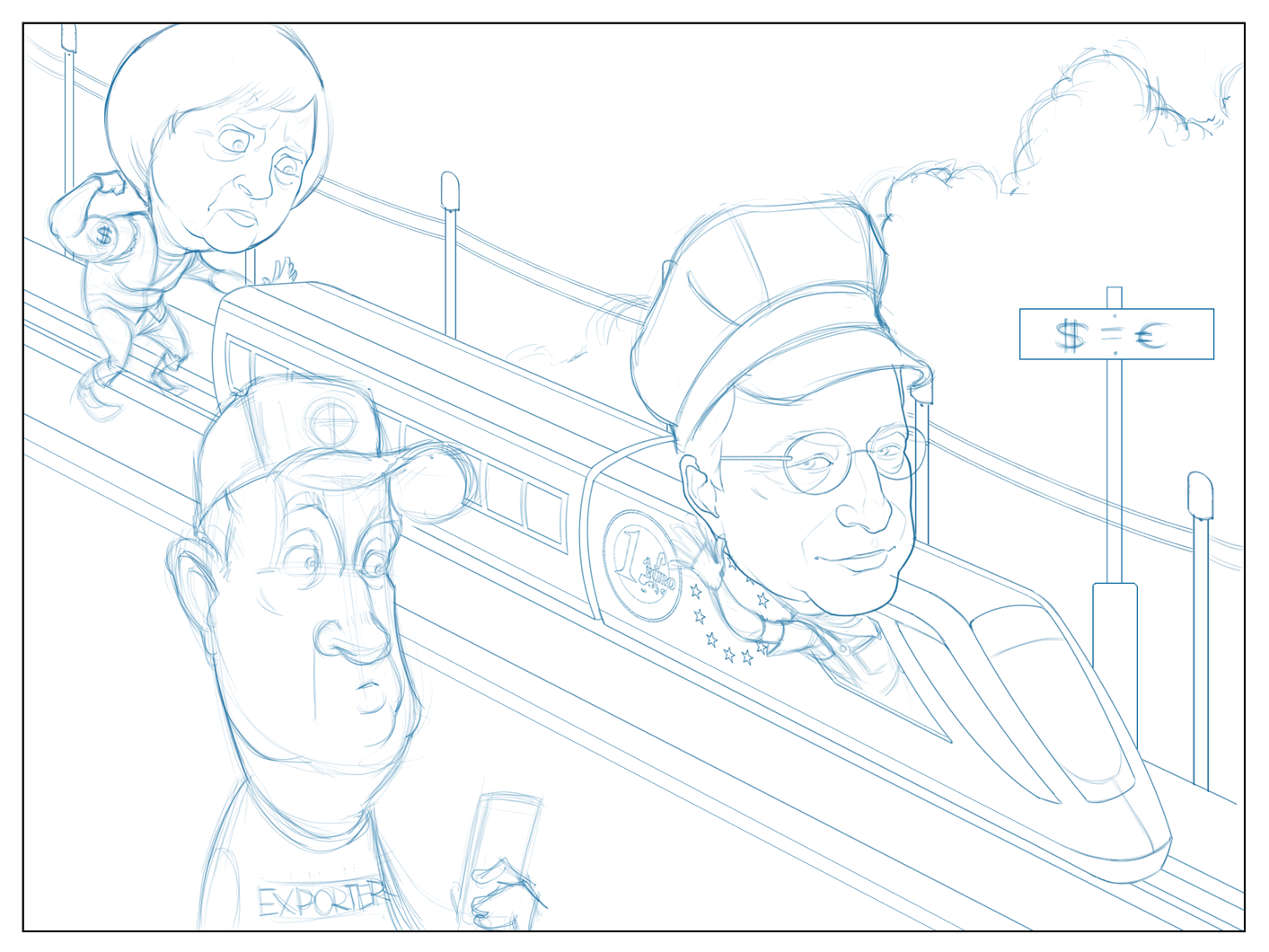 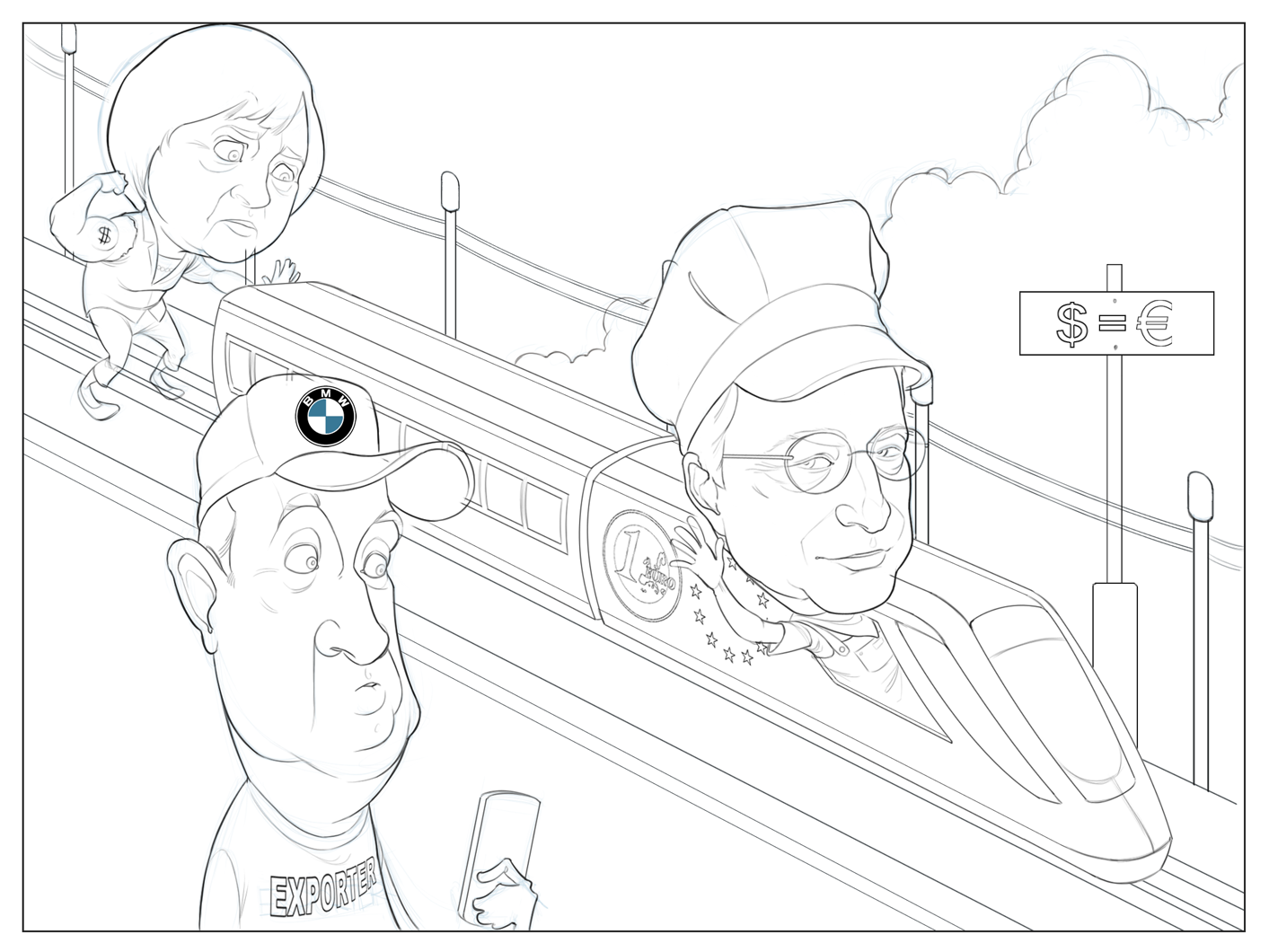 And here's the full monty: 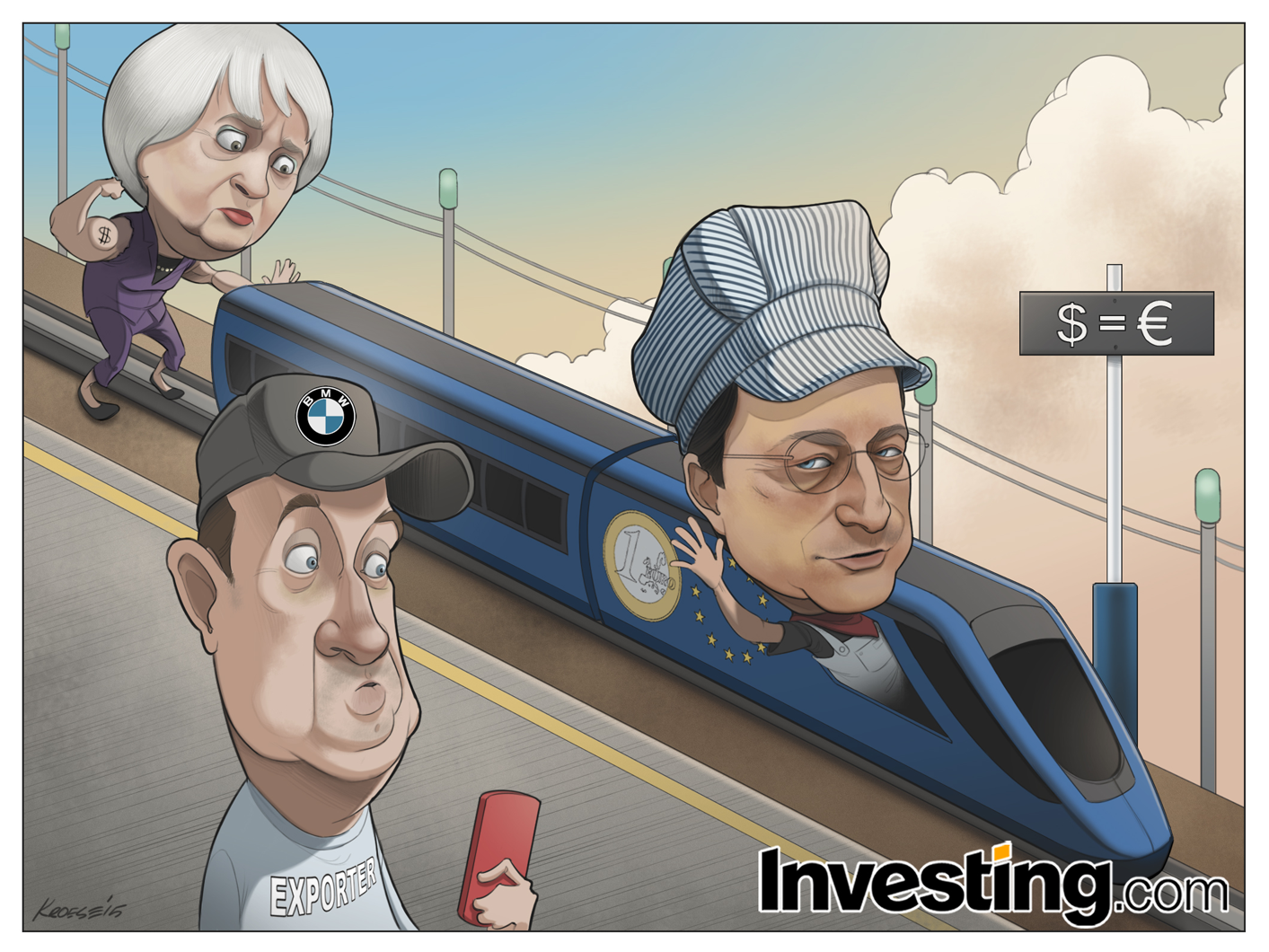 Here's what I like about this comic: The composition (not great, but more interesting than a standard side view), the color of the sky and clouds (I'm trying not to just draw blue skies anymore; it's too predictable), Draghi's conductor hat (very legit-looking), and the foreground guy (mostly because I haven't had much opportunity lately to draw random people and it's fun to do so).

Here's what I don't like: My drawing of Yellen. I usually have such a good time drawing Yellen. She has a unique face and it's very expressive. But the last couple of times I've drawn her, the likeness has been off. In this one, I think it's the angle. It's just not quite right. It kind of ruins the whole thing for me. But then, I've been staring at it all day. Perhaps absence will make the heart grow fonder.

But I doubt it.

Here's a little potpourri of drawings from the sketchbook. Enjoy! 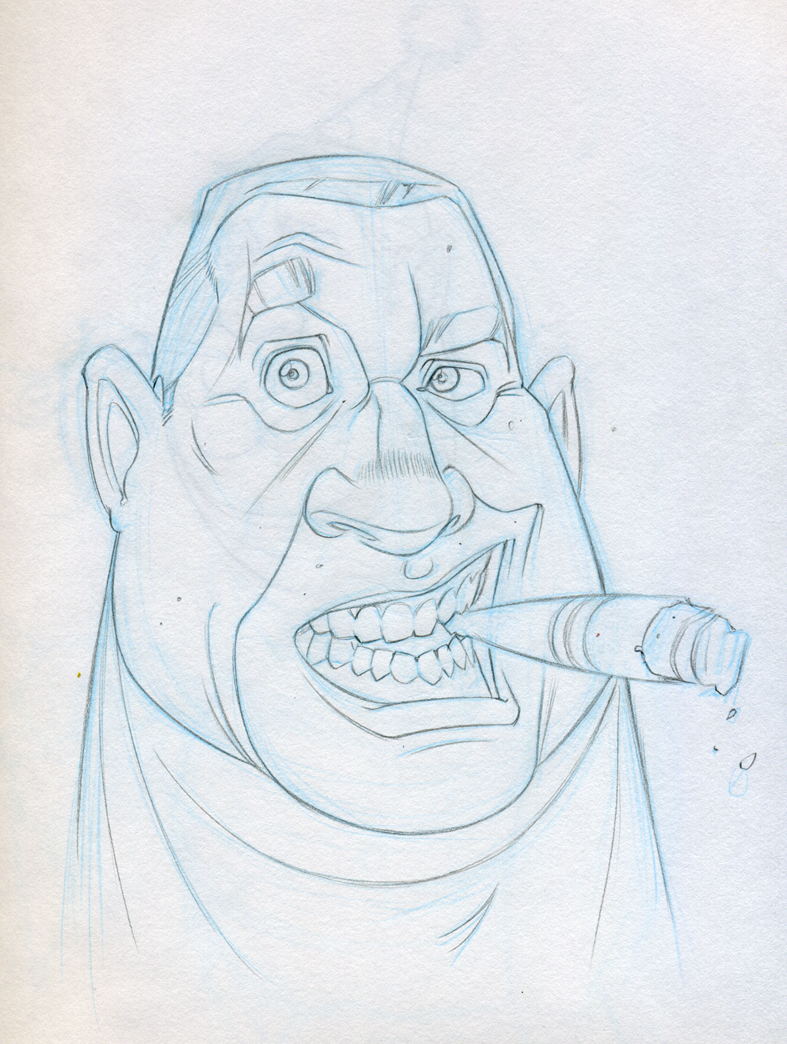 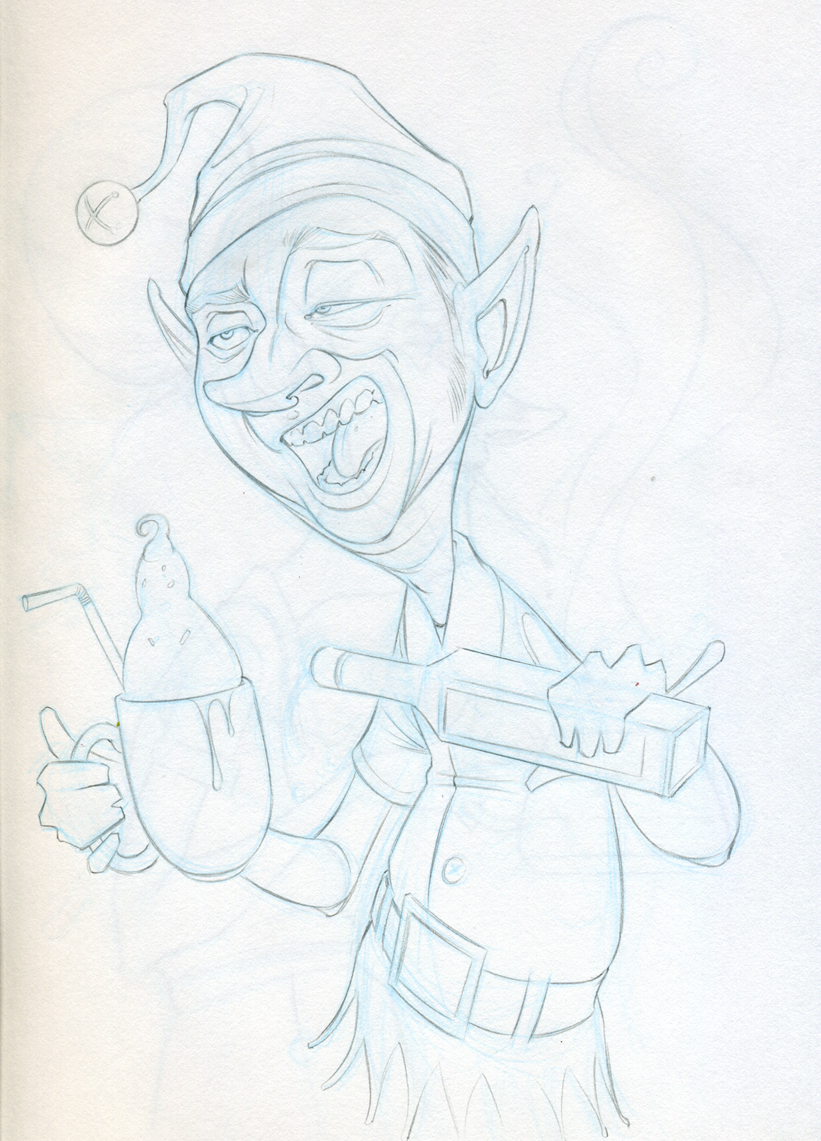 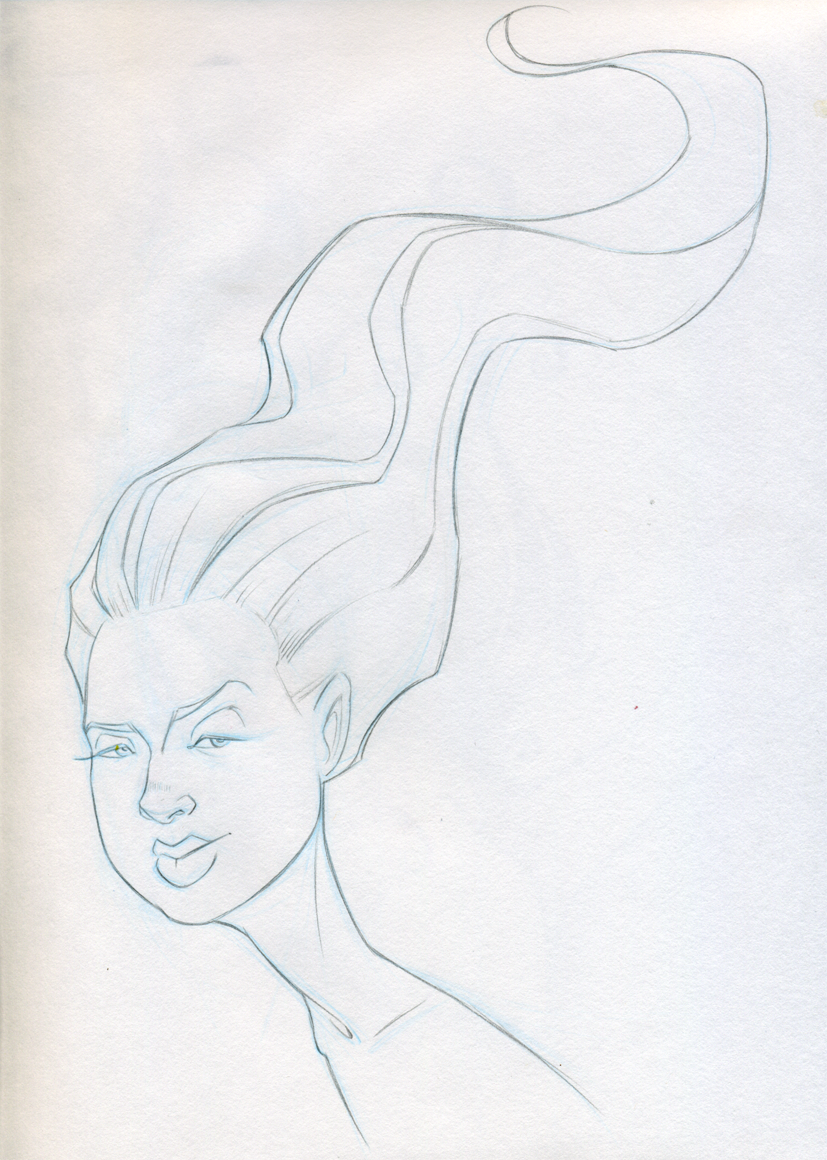 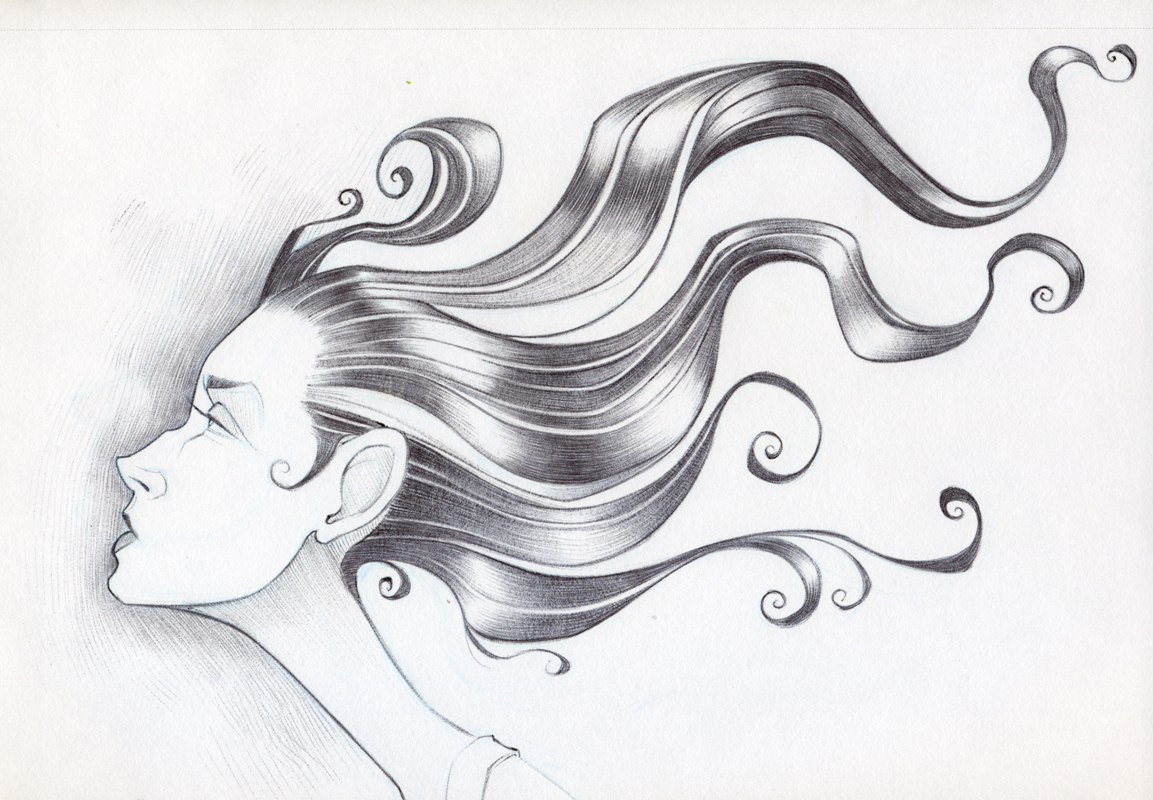 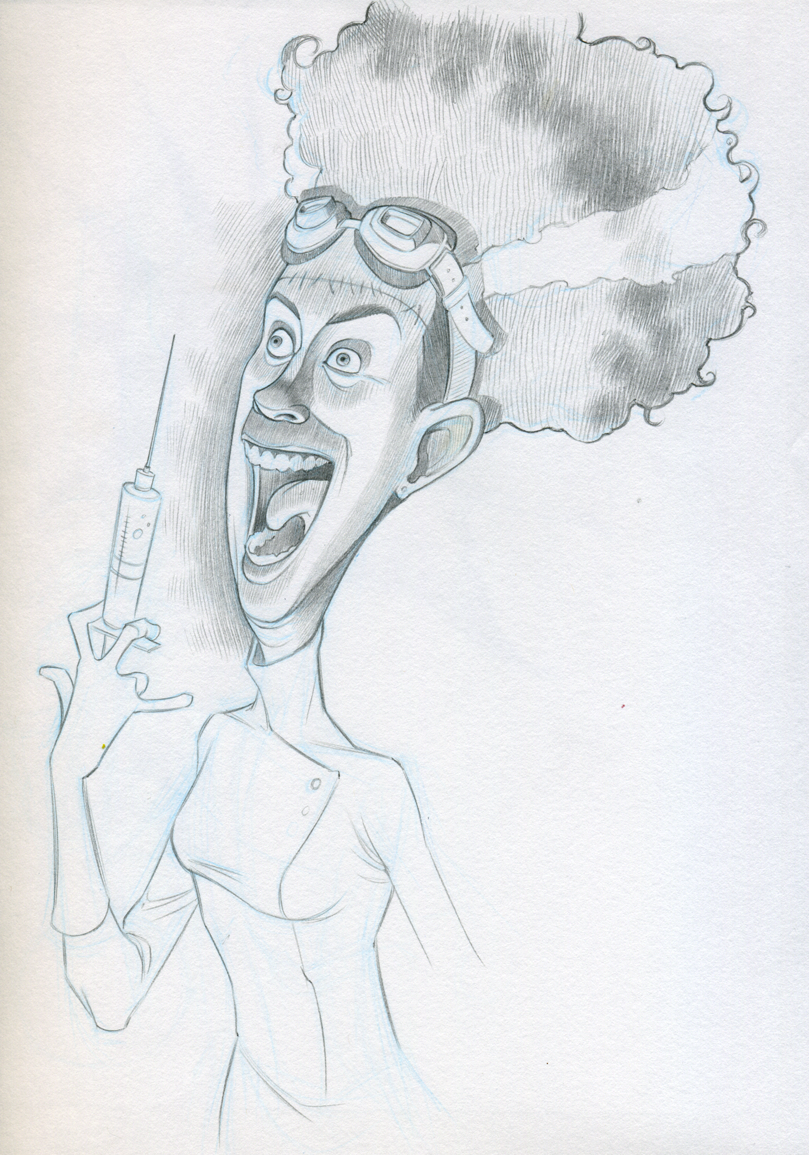 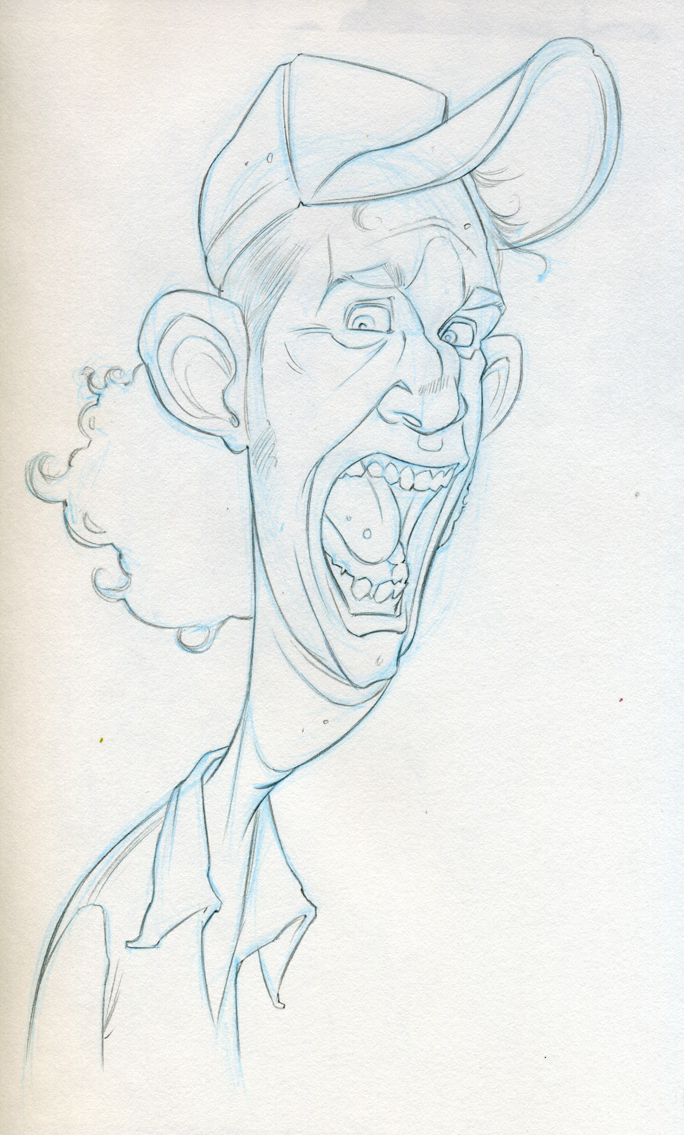 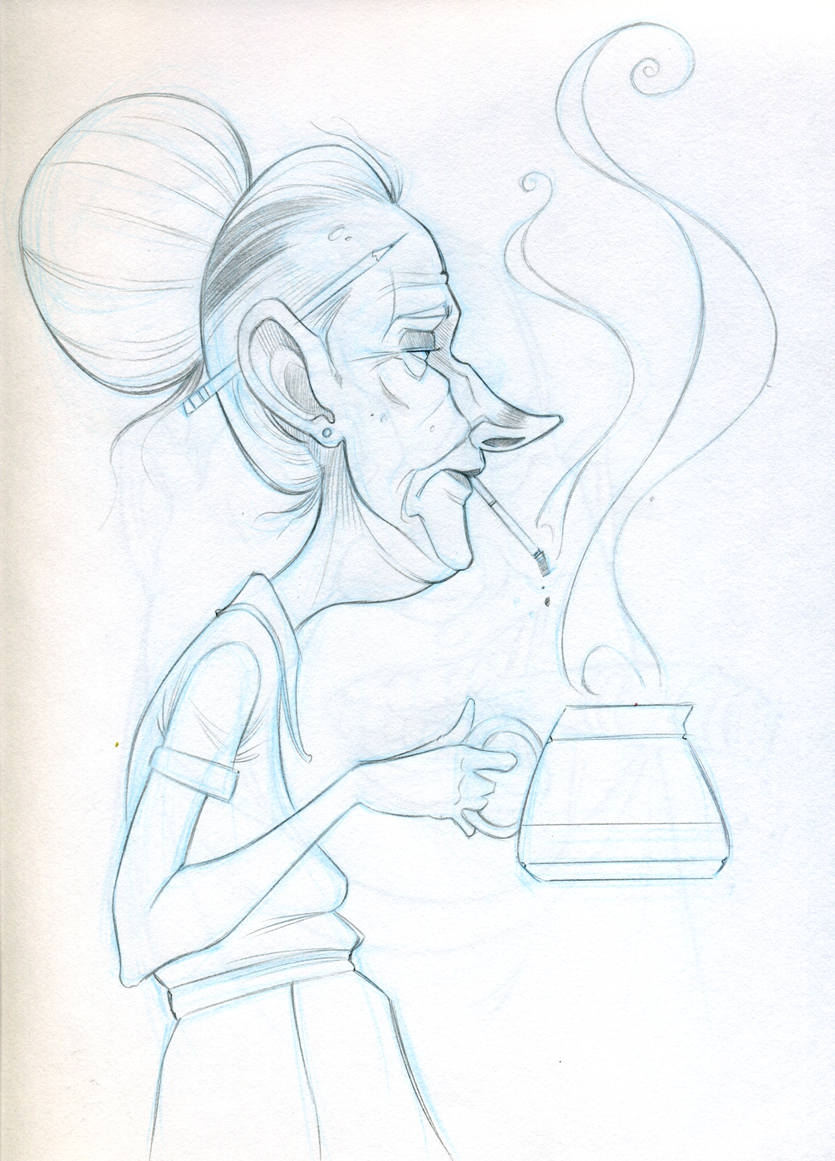 Posted by Noah Kroese at 6:03 PM No comments:

Short post this week on the comic for Investing.com. It deals with the current negotiations between the U.S. and Iran over their nuclear program and Benjamin Netanyahu's opposition to said negotiations (voiced during a speech given to the U.S. Congress).

I was asked by the crew at Investing.com to draw a playground. The playground needed to have a nuclear cooling tower and an oil rig (to symbolize the nuclear negotiations and Iran's oil industry) along with the usual playground accoutrements. On one side of the playground I was asked to draw Netanyahu playing by himself and scowling over at Barack Obama and Ayatollah Ali Khamenei, who were to be playing together on the opposite end of the playground. 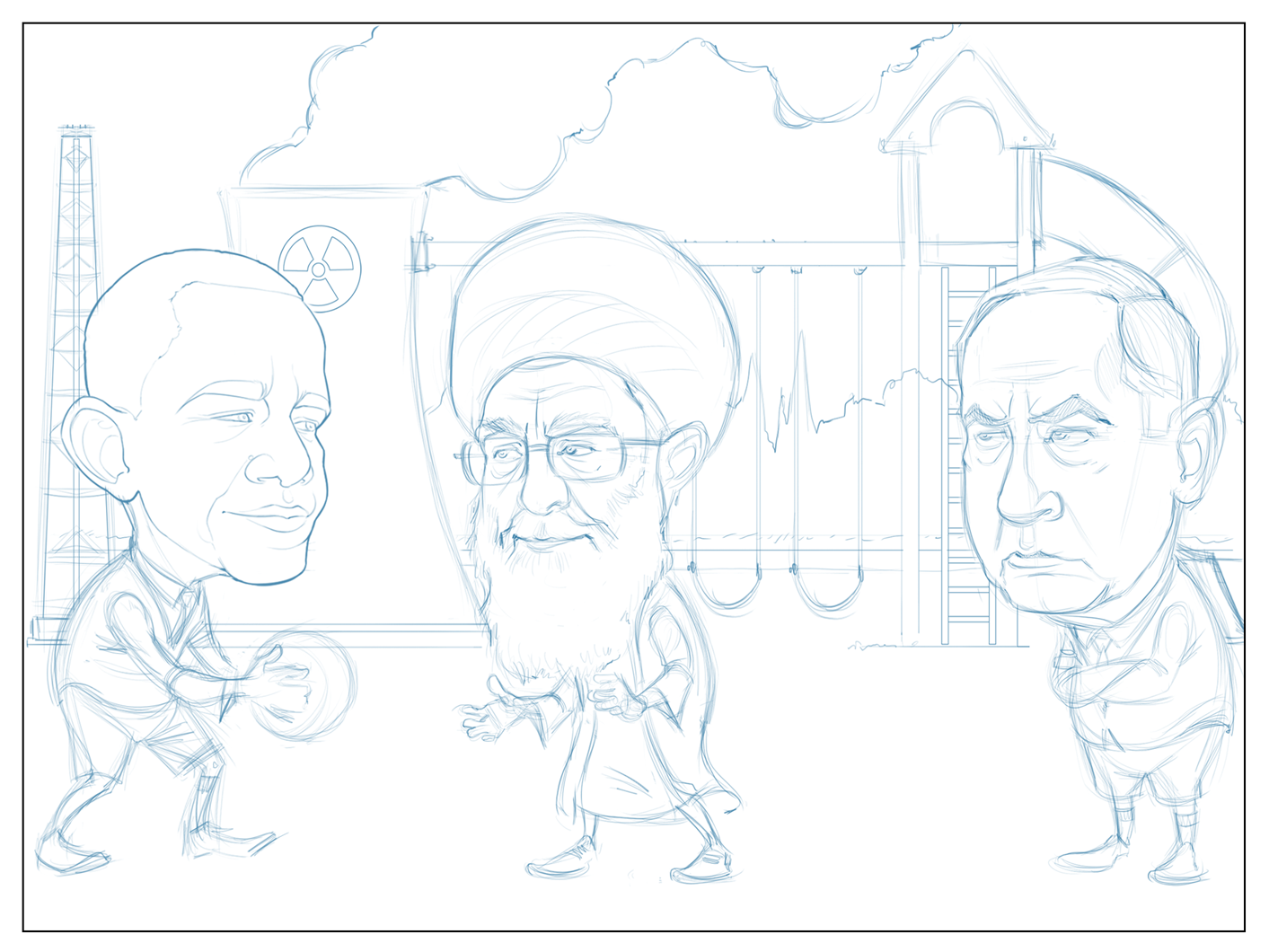 Here's the outline. Not much different from the sketch, except for the fact that I moved Khamenei closer to Obama (there's a phrase I've never had to write before): 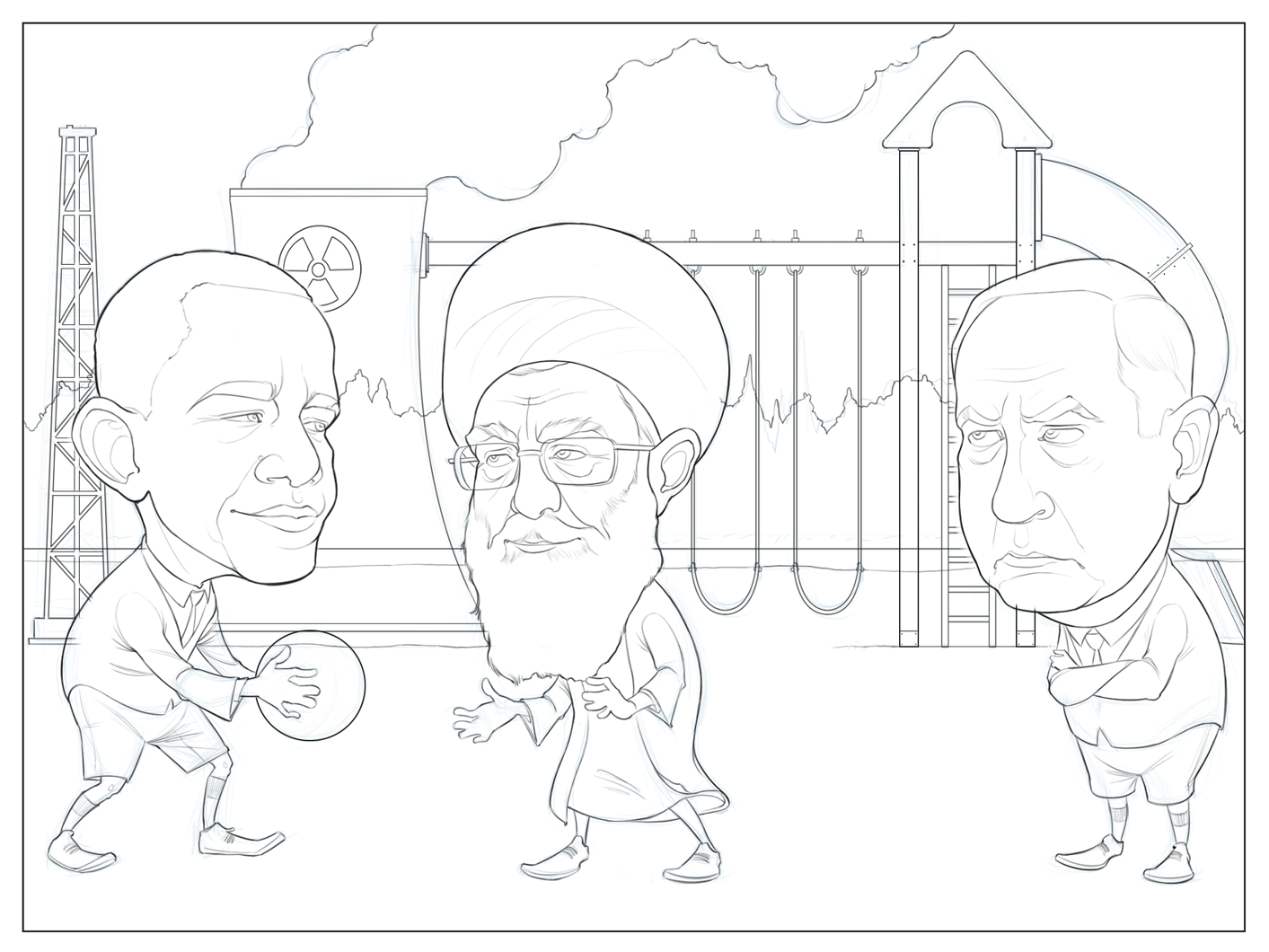 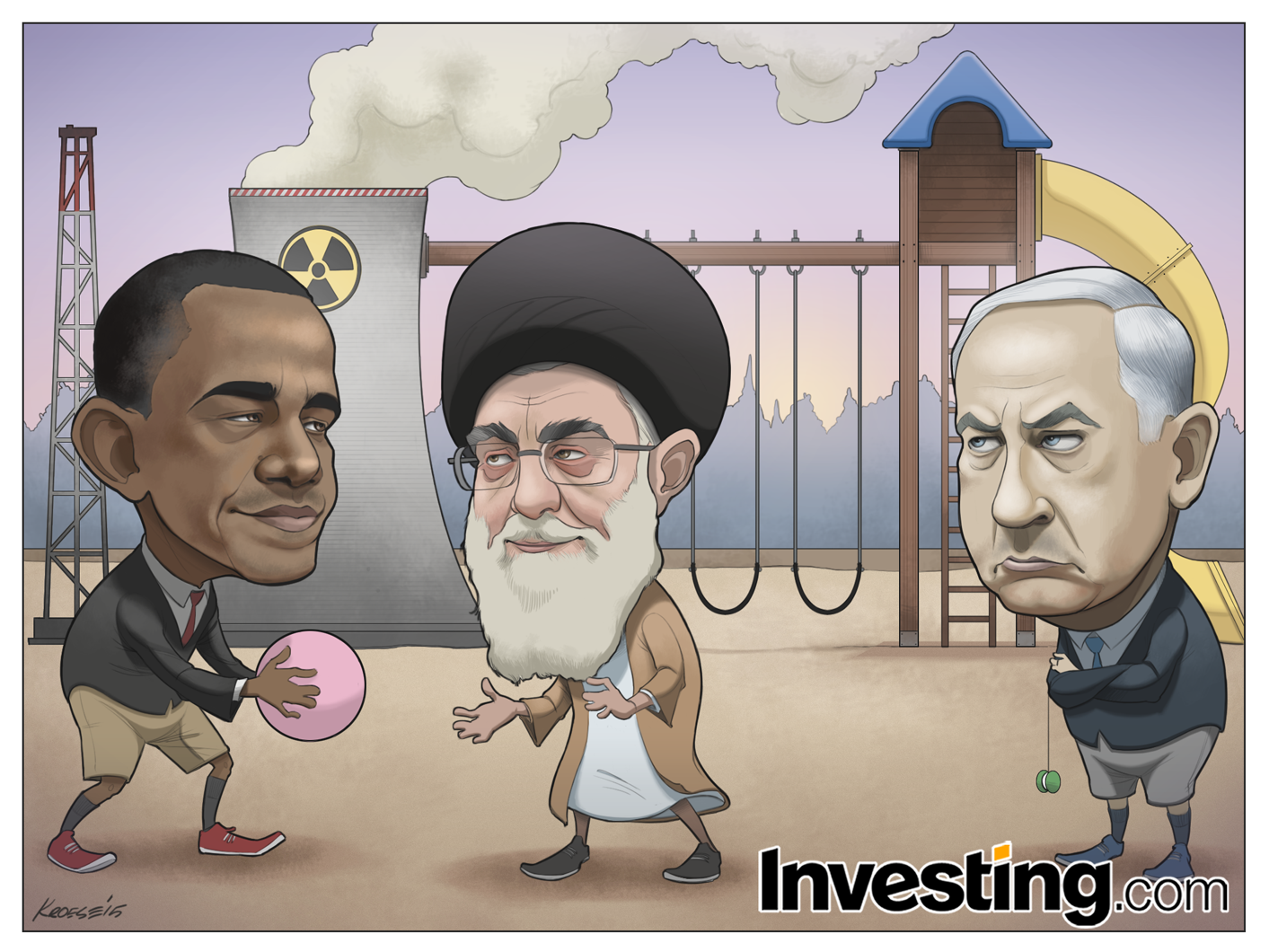 There won't be too much post-game analysis on this one. Like last week, there just wasn't a lot of time to think about composition and layout on this one. Three characters and a complex background meant I was just trying to keep my head above water this week. Even with a straightforward layout, this one took all day long. But I did get to draw Khamenei and Netanyahu, neither of whom I've had the pleasure of drawing before. So that was fun.

On another topic, I haven't posted much except for the Investing comics in several weeks. I've been working on several other projects, but I'm not exactly sure which ones I can share and which I have to keep under wraps. But I'll be posting some new, different work soon. Promise.

Three of a kind

Good day to you.

Here's the latest comic for Investing.com. This week's subject deals with markets hitting record highs in the U.S., U.K., and Germany, partially fueled by low-interest rates.

The team at Investing.com asked me to draw Angela Merkel, the Queen of England and Janet Yellen (sounds like the opening to a cliche joke) ringing the opening bell for the stock market and toasting each other with beers. I was also asked to include the flags from the three countries from which these esteemed women hail. I was excited to draw the Queen, as I've never before had the pleasure. And new territory is always interesting. 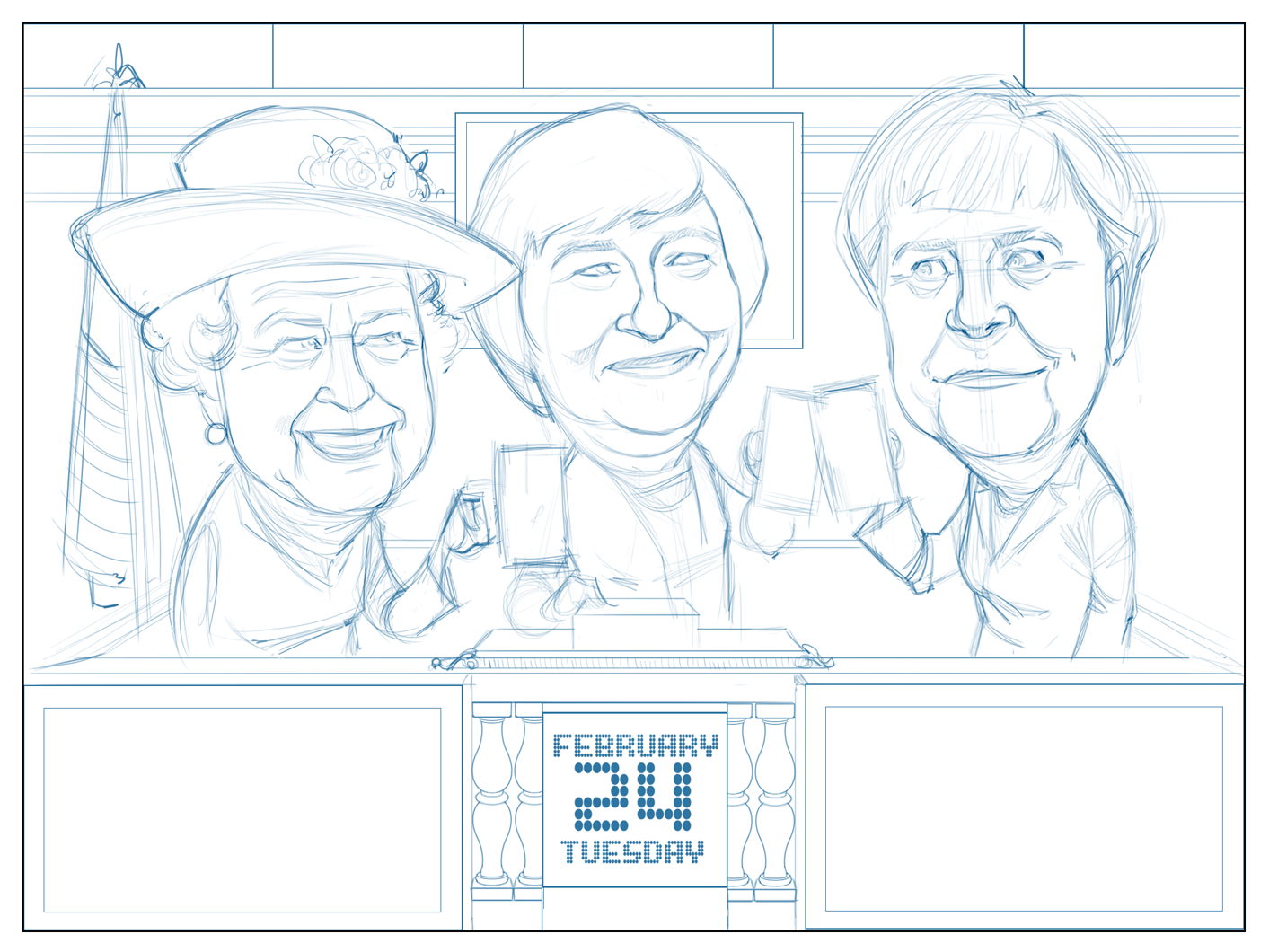 Remember how I've been talking about my renewed efforts to consider composition, posing, action, weight, etc.? Well, that went right out the bloody window with this comic. Three characters and a relatively complex environment pretty much meant this comic was going to be 99% labor and very little thought, unfortunately. One might argue (maybe rightly so) that things like composition are hardly niceties or extras, but fundamental to the success of every illustration. And I fully agree. However, when you're staring down the barrel of an end of the day deadline, an illustration like this is mostly execution and not much thought. It happens. You deal.

Here's the outline. Usually, the drawing doesn't change at all between the sketch and outline phases, but in this case I made small alterations to Merkel's face, since it just didn't look right: 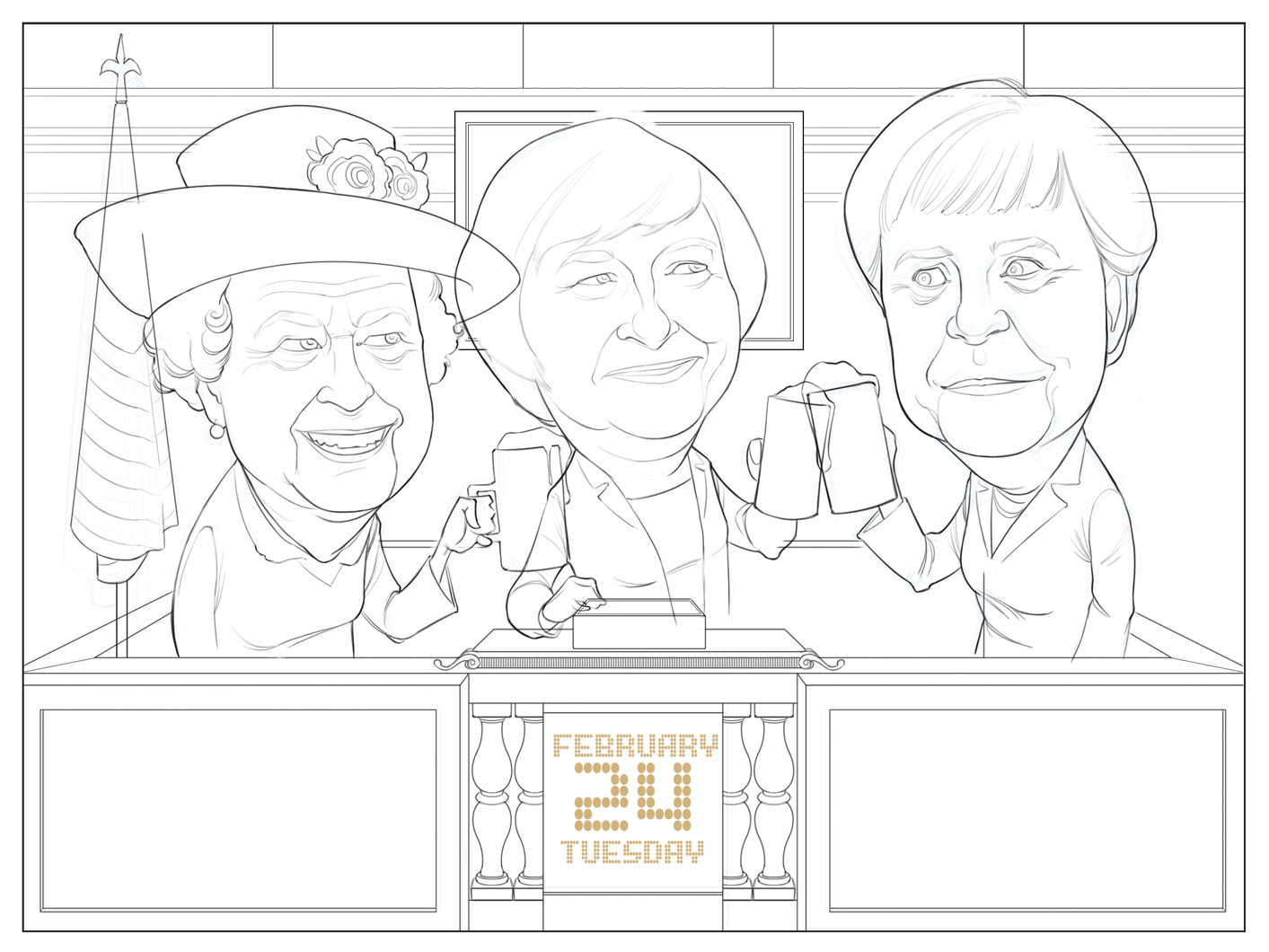 And here's the whole enchilada: 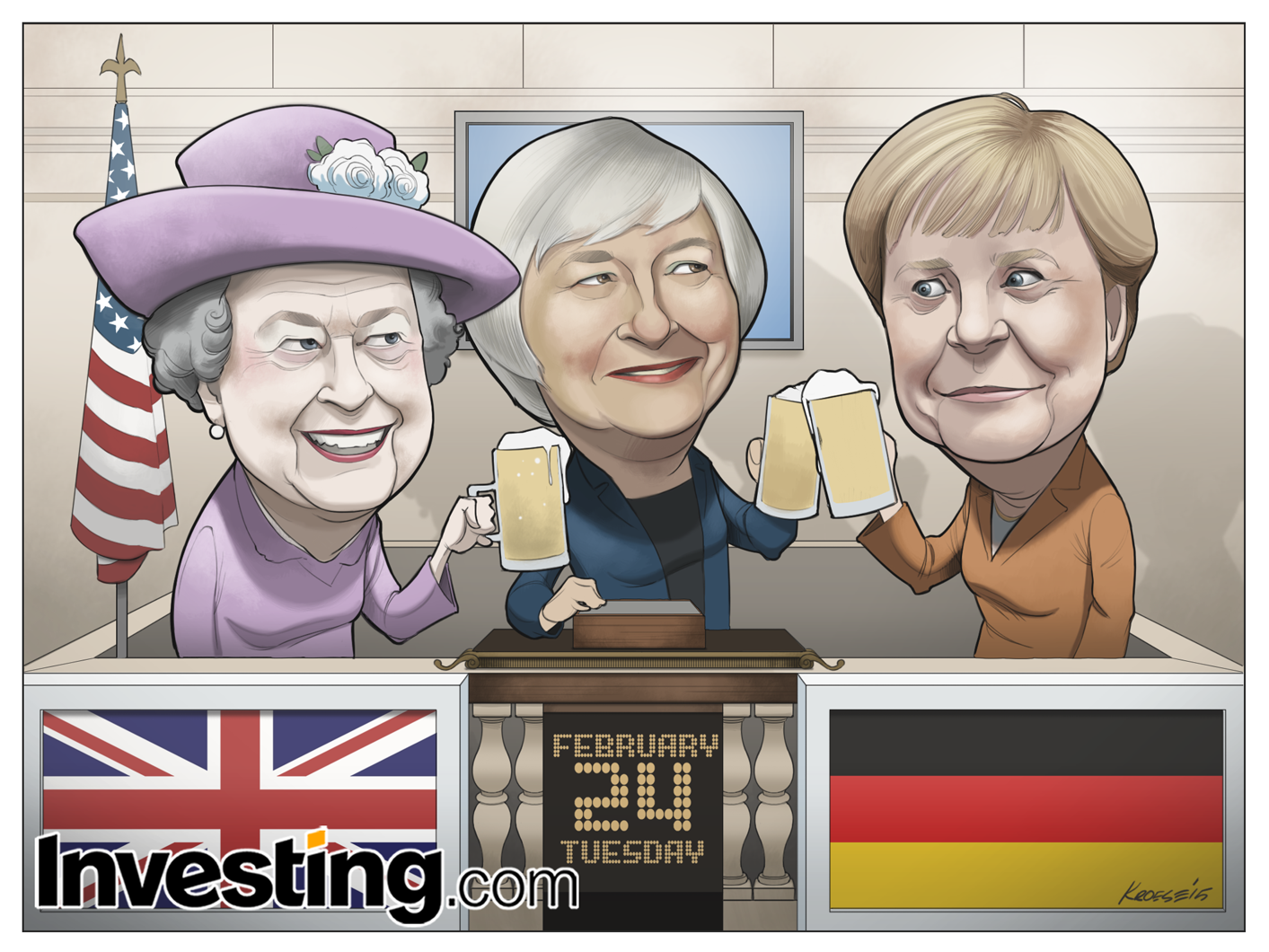 A few thoughts: Merkel gave me trouble from start to finish, for some reason. Usually she's fun and easy to draw, but this week just gave me a hard time. I started the sketch by drawing Yellen, which took me way longer than it should have. I realized after I began that I hadn't drawn a caricature in a couple of weeks and I was rusty. Her sketch felt stiff and forced, somehow. But by the time I was sketching the Queen, that feeling had pretty much dissipated.

Overall, I think this is a decent comic. Given more time, I might have done any number of things differently. But I'm going to give myself a pass this week. I did the best I could in the time I had, and, at least this week, that's good enough for me.