Here in my (electric) car.

Here's the latest comic for Investing.com. The topic this week is a rumor that Apple is developing an electric car to compete with the likes of Google and Tesla.

I was asked by the crew at Investing.com to draw a racetrack with three cars on it. The Tesla Roadster was to be in the lead, followed closely by Google's smart car with Apple's concept car bringing up the rear.

I would normally show the sketch and outline phases of the comic at this point, but neither was particularly interesting this time around so I'll just skip to the final: 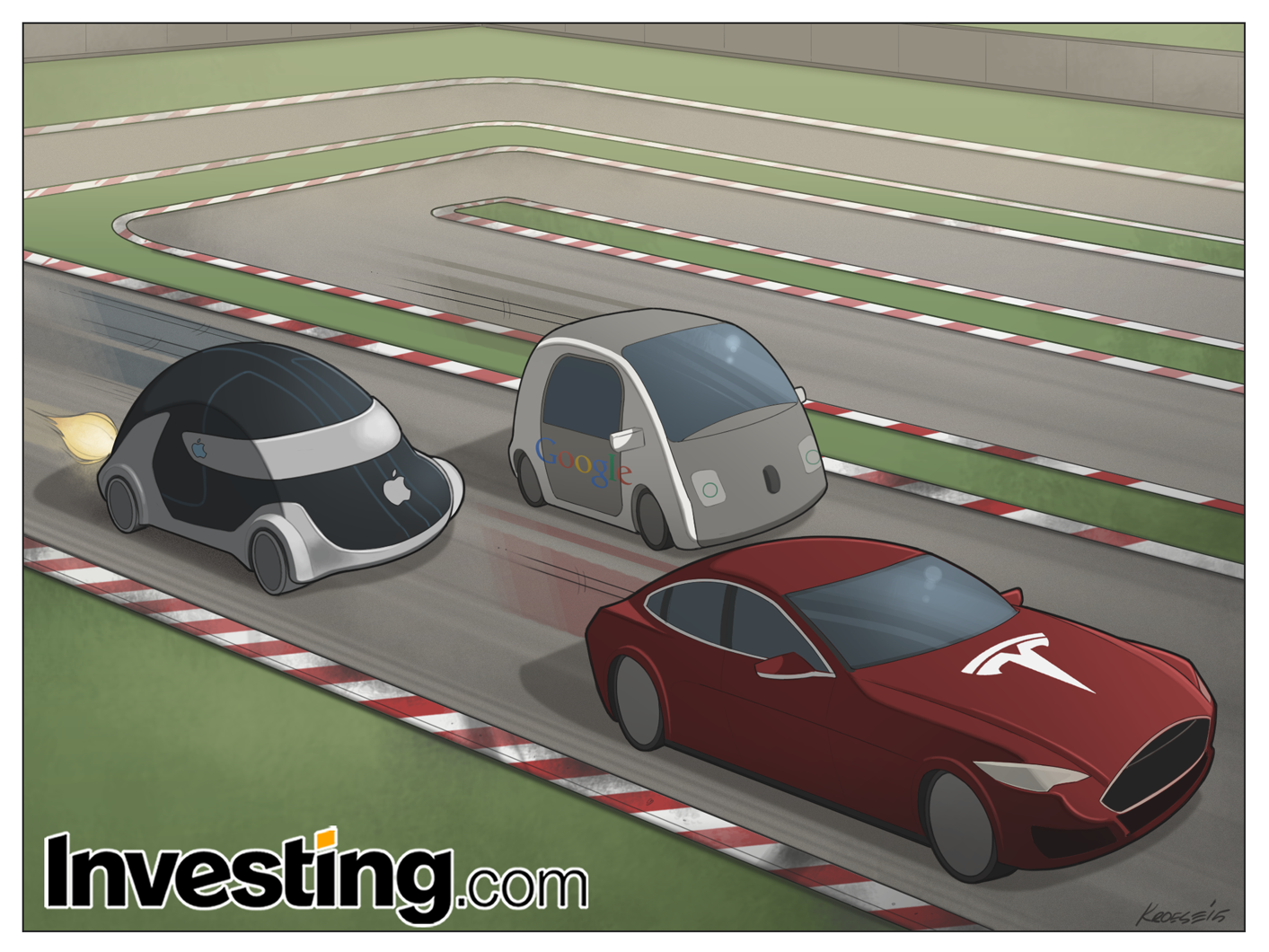 In my continuing effort to draw more dynamic comics for Investing.com, I spent a little more time on the composition up front. Ordinarily, I would have probably just drawn all three cars in profile. But A.) That would have been a pretty boring-looking layout, B.) Lining up all three cars horizontally would have meant having to cram them into the frame and make them smaller in doing so and, C.) This composition was more fun to draw.

Granted, "more fun" to draw can also mean harder. But the extra time and effort doesn't feel like a chore if it yields something worthwhile. In this case, I'm happy I pushed myself a bit. I'm going to try to do so more often. I can't say that I'm completely satisfied with the result here (it's a little too clean, I think the composition could have been smarter and I wouldn't make the same color choices a second time around). And I'll probably be satisfied less often with the outcome when I push myself outside of my comfort zone. But hopefully the result will be some technical and artistic growth that will lead to stronger comics in the long run.