Here's the latest financial comic for Investing.com. This week's topic was negotiations over Greece's fiduciary woes. Greece's finance minister, Yanis Varoufakis, has said he'll implement about 70% of the reforms in the current bailout deal but will not accept conditions that derail Greece's budget. This is causing some tension between Greece and its creditors in the European Central Bank and making negotiations more complex.

Early Wednesday morning, I was asked by the team at Investing.com to draw a roller coaster. On the roller coaster, ascending a tall incline, they asked for a roller coaster car. Inside the car was to be German Prime Minister Angela Merkel and European Central Bank President Mario Draghi. In the foreground, Greek Financial Minister Varoufakis was to be manning the controls of said roller coaster. 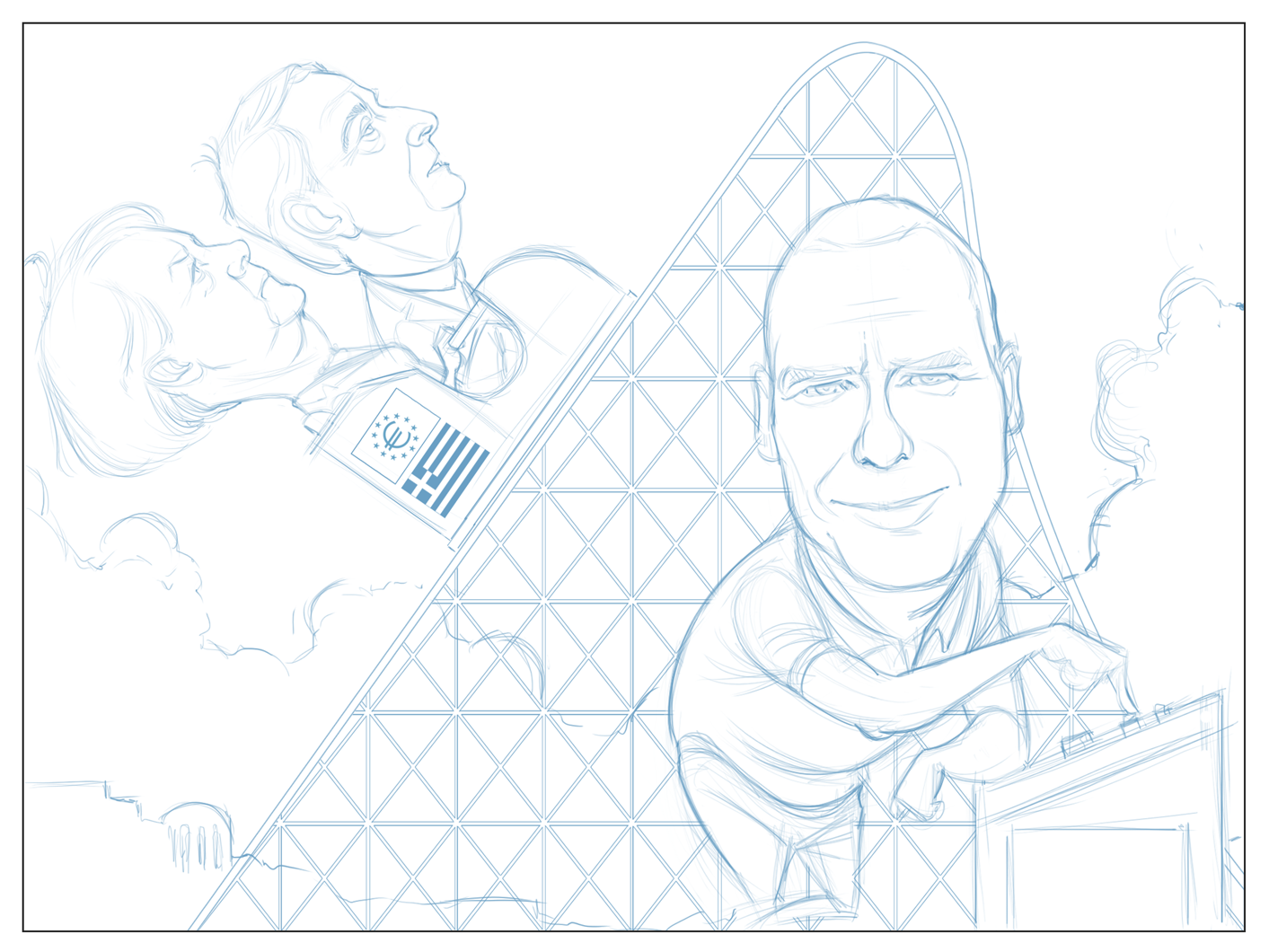 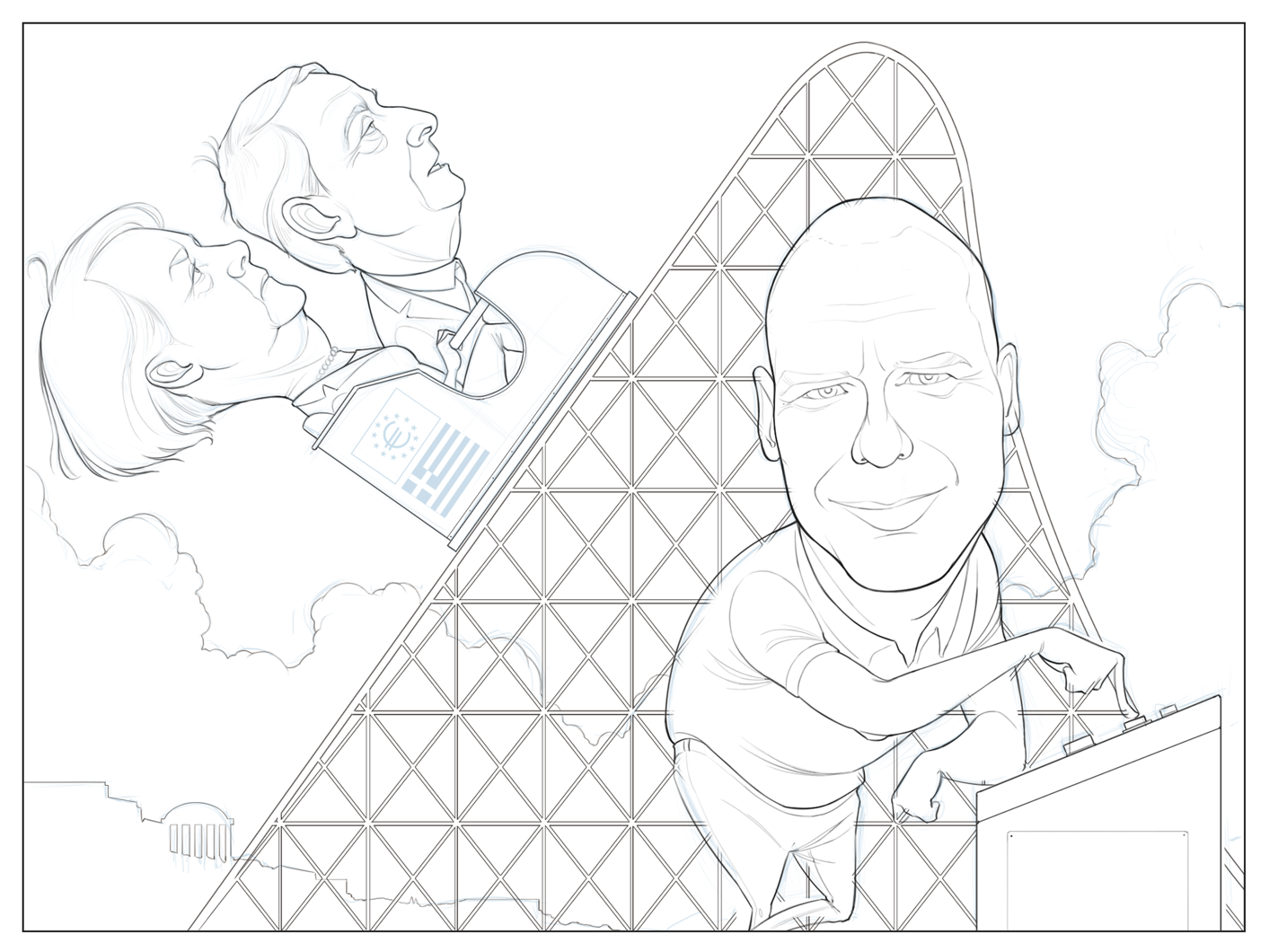 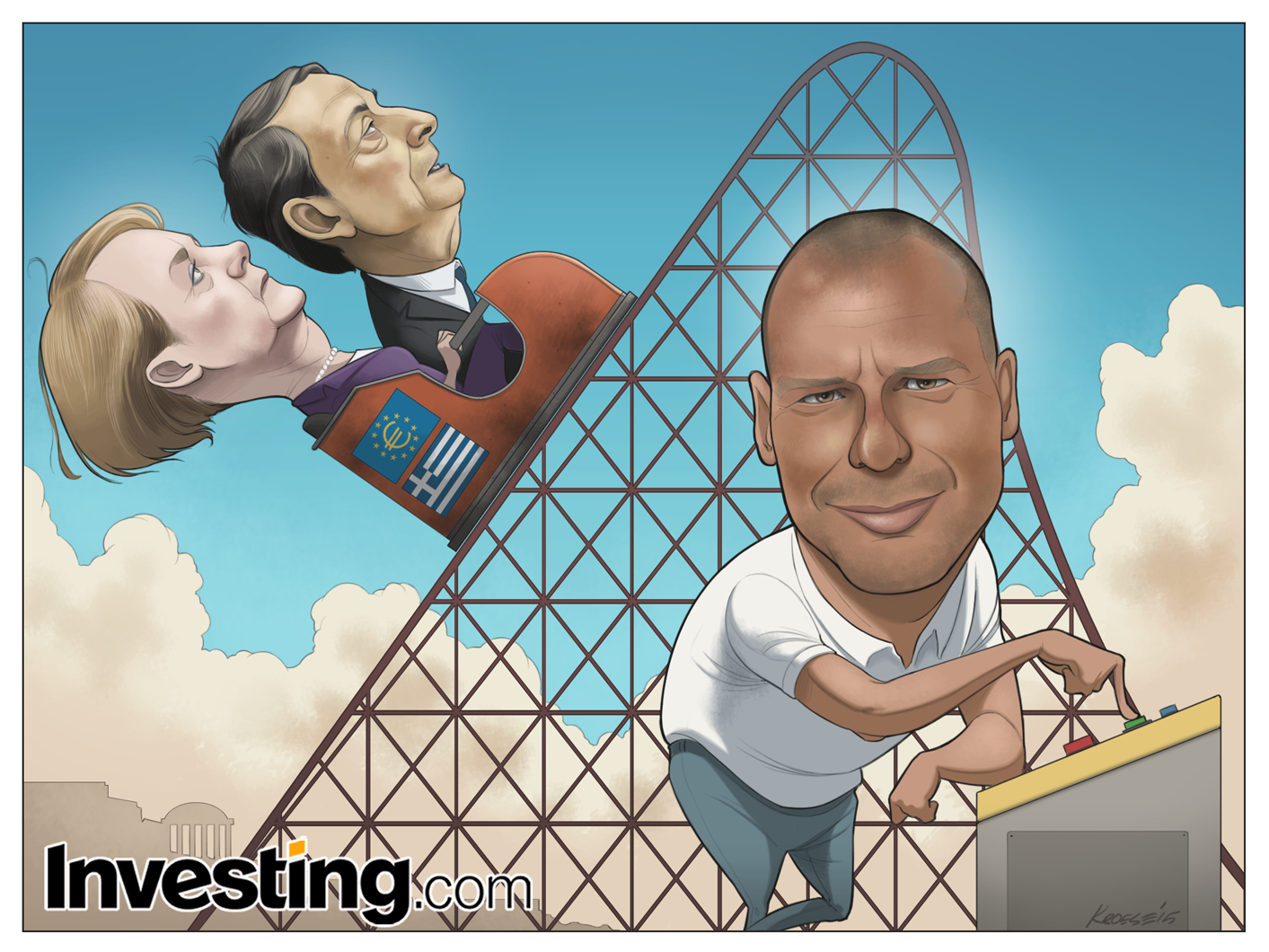 This was a bit of a tough comic. Last week's comic didn't have any people in it. Although I like variety and the people-less comic offered a bit of a respite, I was hoping I would have the opportunity to draw people again this week, as I loves it so. And boy, howdy, did I ever have the opportunity. Three characters is a lot of work. Even with a fairly simple background, this comic took longer than usual.

As far as the people go, I think Merkel turned out well. She has a pretty expressive face. And the idea of her frowning visage in a roller coaster car makes me chuckle. Draghi's caricature is a bit so-so, IMHO. It's not spectacular, but it's not a spectacular failure, either. Varou...uh...Vari...uh...the Greek Finance Minister's caricature, well, I can't actually decide if I like it or not. I think he turned out looking a bit like an Oompa Loompa version of Bruce Willace (a little orange and a little squashed). But I need to live with it for a couple of days and then come back to it. Maybe I'll be more forgiving with time.

I like the colors some; they're bright. I used to draw absolutely everything in earth tones and unsaturated colors. I'm not sure if the brighter palette is a visual improvement or not, but it makes things more interesting to draw and shade. As for the composition: meh. I actually did think about it a LITTLE. I thought the primary action should be located at the right of the comic (given that most people read left to right) and that the shape of the roller coaster and clouds would naturally lead the eyes to the right as well. But...I'm not so sure that theory panned out. It might just be kind of an awkward placement of elements. Again, I'll have to live with it for a while.