Here's the latest comic for Investing.com. The subject this week is Apple's recent record-breaking profits, due in large part to sales of the iphone 6+ (the one with the big screen).

Early Wednesday morning, I was asked by the team at Investing.com to draw the following: Tim Cook, laughing and looking upward. In the clouds (the real ones, not the computer ones), Steve Jobs looking down with a smirk. He was to be holding two phones: one of the new, large phones and one of the early iphones Jobs himself brought to fruition. 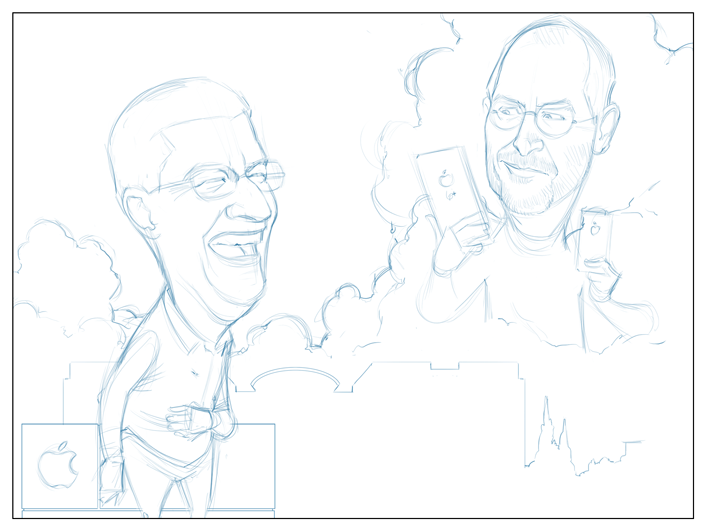 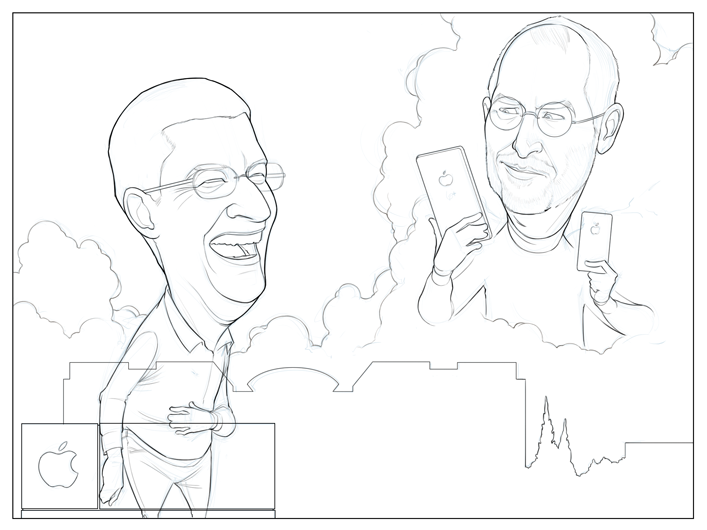 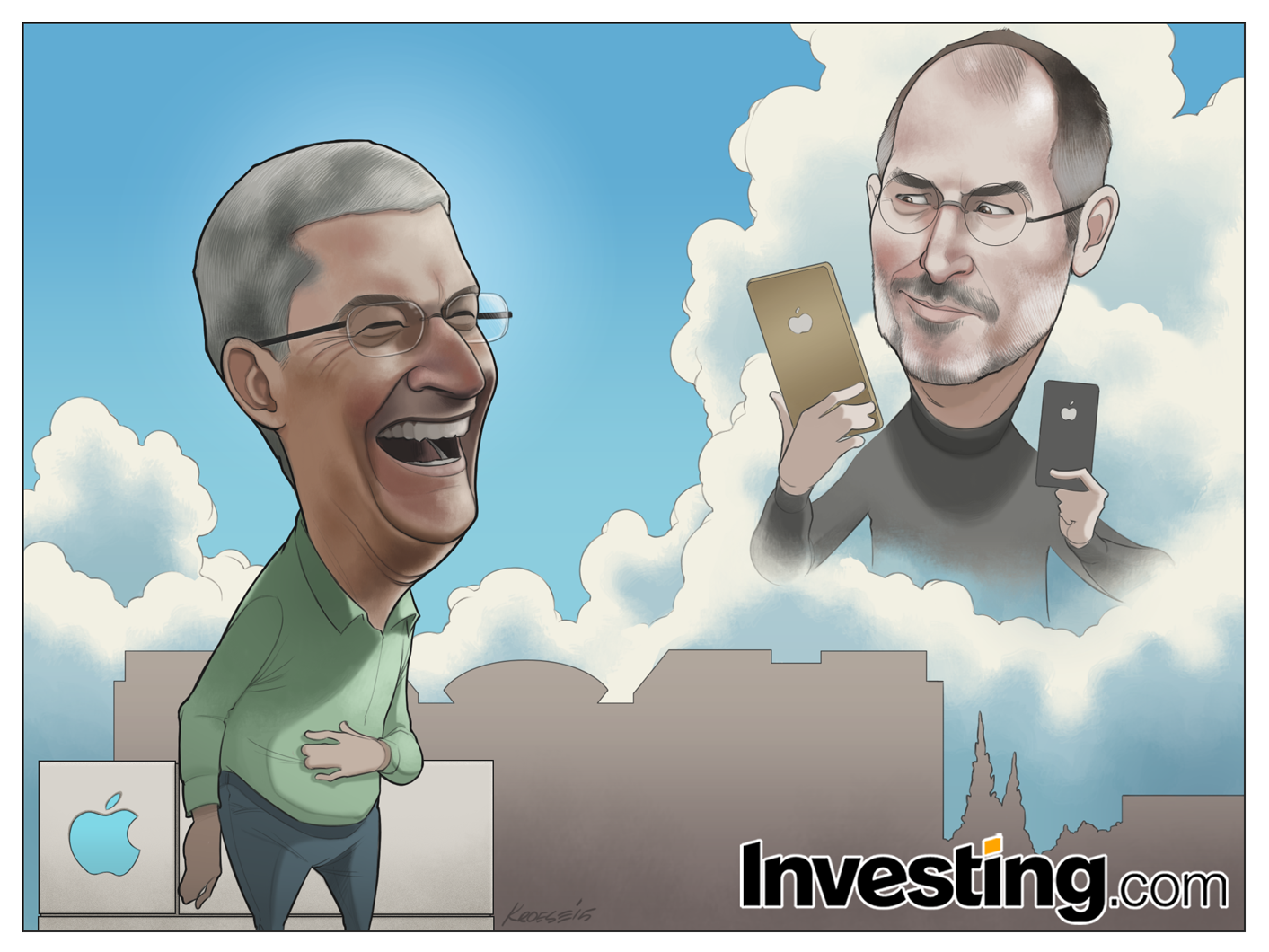 It was interesting to draw Steve Jobs again. The very first financial comic I did for ForexPros featured Steve Jobs. That was somewhere in the neighborhood of 110 comics ago.   Here's that first one: 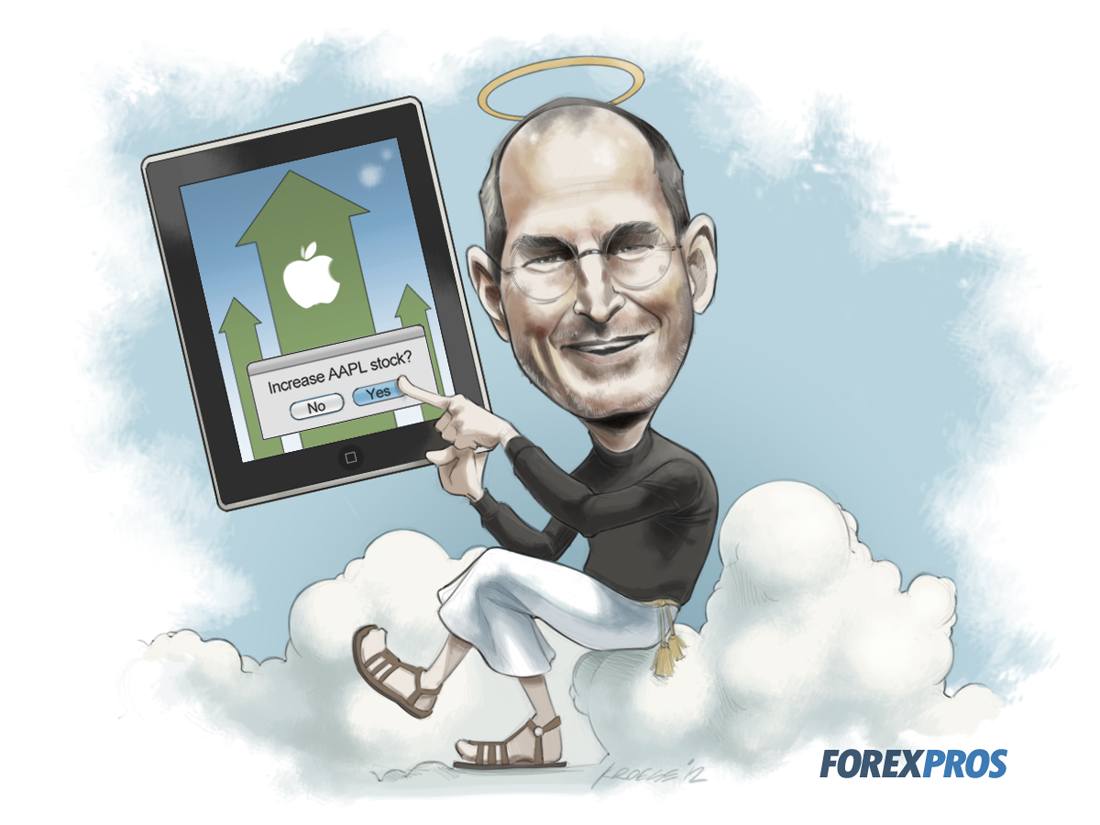 It's interesting to look back at this one. My techniques have changed a bit since those first comics. They're not as sketchy anymore. In fact, you can't really see any sketch lines at all in the most recent comics. I feel a bit ambivalent about that disappearance, since I think sketch lines add energy and expression to drawings and I always enjoy seeing them.  But on the positive side, I think my abilities have sharpened up a bit and my sense of color and composition have improved, however marginally.

As far as this most recent comic goes, I think it's decent. The likenesses are fairly good and I like the colors. I think the background buildings could have used more effort (they're pretty mediocre as is). Overall, not bad. Just not great.

I think next week I'm going to try to step my game up a bit on these comics. I think the compositions and posing need to be more dynamic. I'm not exactly sure how I'll go about it (or IF my convictions hold out). Also, the time constraints might hamstring my new explorations, but we'll see. I suppose adding a little dynamism to these comics is sort of contingent on the subject matter. If it's a super-complex comic, I might not be able to do anything but scramble to finish on time. Still, fingers crossed.