Here's this week's comic for Investing.com.  The topic this time around is plummeting oil prices.

I was asked by the crew at Investing.com to draw an oil field. In the oil field, I was asked to draw two workers, you know...working. Nearby, they asked me to draw two sheiks whispering conspiratorially. They also asked me to include an American flag in the background and to have the workers' uniforms be red, white and blue to emphasize that this is supposed to be an American oil field. 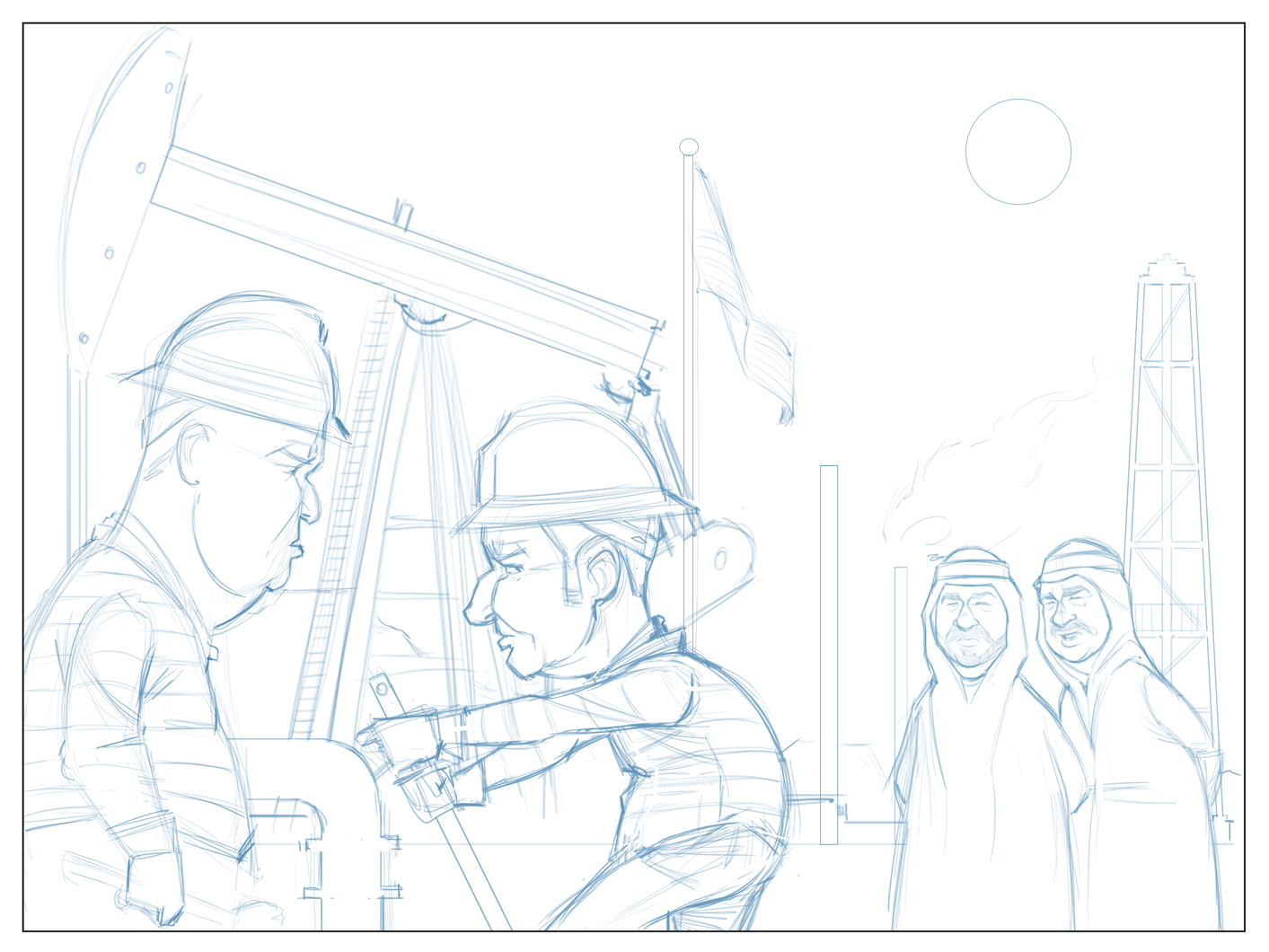 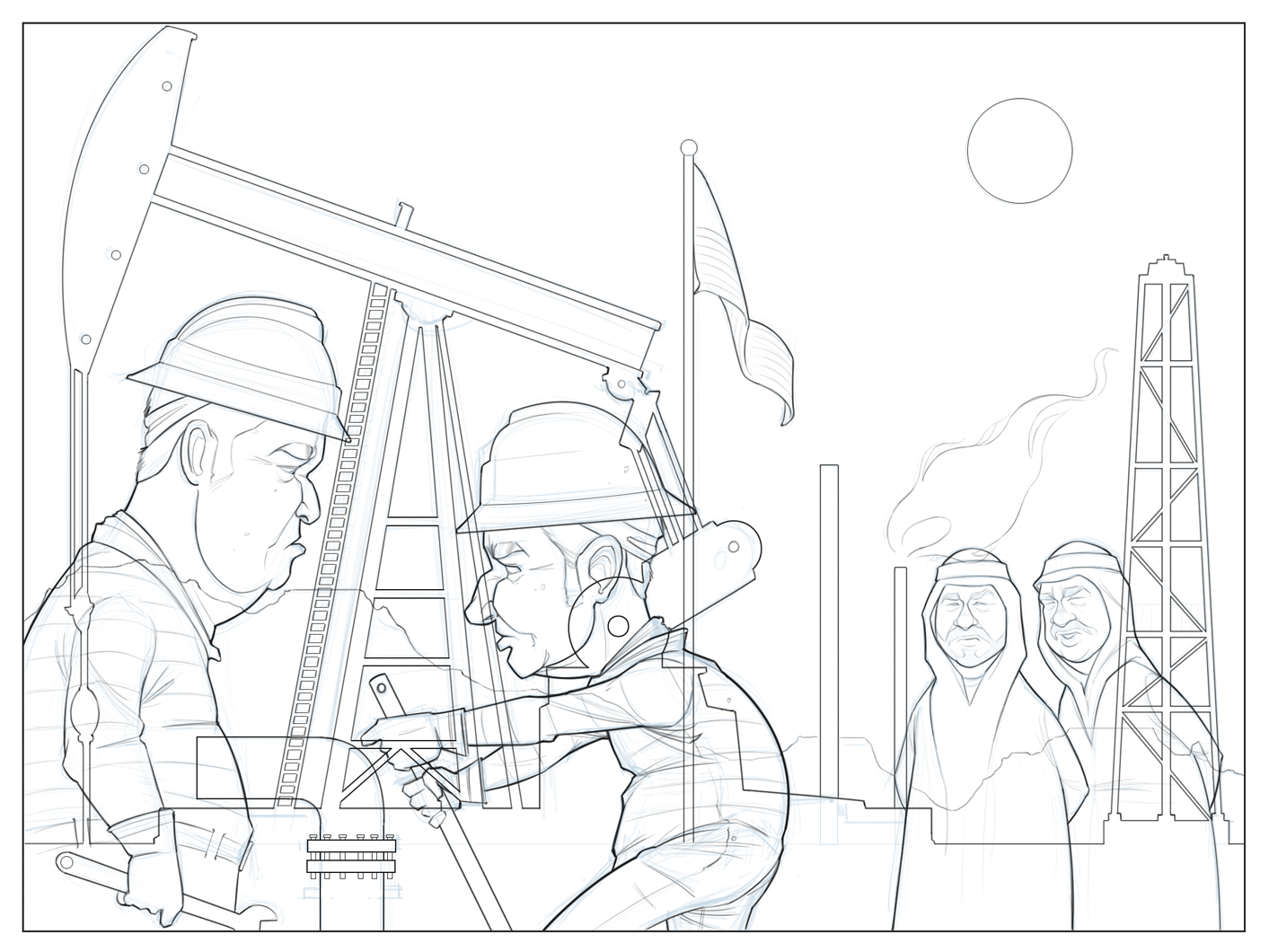 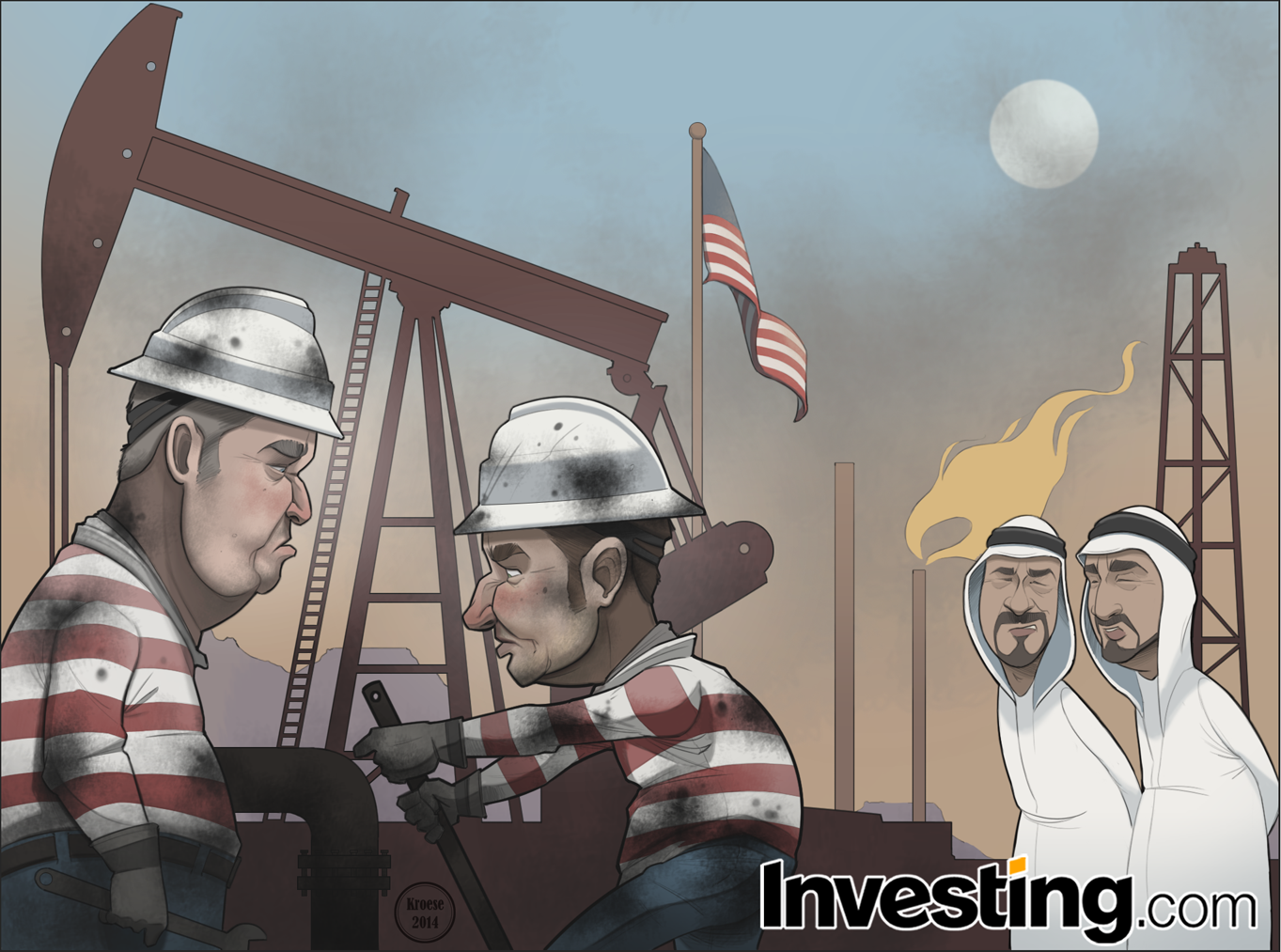 A couple of thoughts:

This comic was fun, but a bit exhausting.  Yeah, I know: I draw pictures for a living.  I've made hotdogs and shoveled ditches and cleaned movie theaters, so in the grand scheme of things, this job is the best I've ever had.  But it can still be tiring. I spent around 11 hours on this comic, but I think it was worth it.

I knew from the start that I wanted to make the sky hazy and maybe a bit dystopian. Or at least hazy like those days when it's slightly overcast or there's enough of dirt or smoke in the air that you can look directly at the sun and it's just a little white disk.

I also knew it would be fun to draw the workers covered in oil. Dirty things and people are just more fun for me to draw. I love grime. It's fun. The workers are, in fact, dressed in red, white and blue, but they ended up looking like Waldo's rougher, working-class relatives. Waldo was clearly raised in more affluent circumstances. He spends his time just wandering around the world checking things out.

The sharp-eyed among you may have noticed the sheiks changed from the outline to the color version. I had reached hour 10 or so and realized I didn't like the original sheiks. I just didn't think they were well drawn. I considered leaving them in because I was tired and just wasn't up for drawing them again. But that little voice in my head (I think I'll name him Oscar Charles Durning) wouldn't let me. I knew I wouldn't be satisfied until they looked acceptable. So I started them again. I'm glad I did, but I'm not sure anyone would have noticed.

At any rate, this week's battle has been fought and now I'm spent.  Until next week.