Here's the latest comic for Investing.com. This week's topic is the continuing decline of the value of the rouble. More specifically, it's about the U.S. possibly lifting economic sanctions on Russia in order to lessen the strain on the Russian economy. John Kerry has already stated this as a possibility if Russia acts accordingly (namely, helping to ease tensions in Ukraine).

I was asked by the good folks at Investing.com to draw Barack Obama and John Kerry rolling out a red carpet for Vladimir Putin. I was also asked to include some detail that illustrates Russia's economic turmoil. 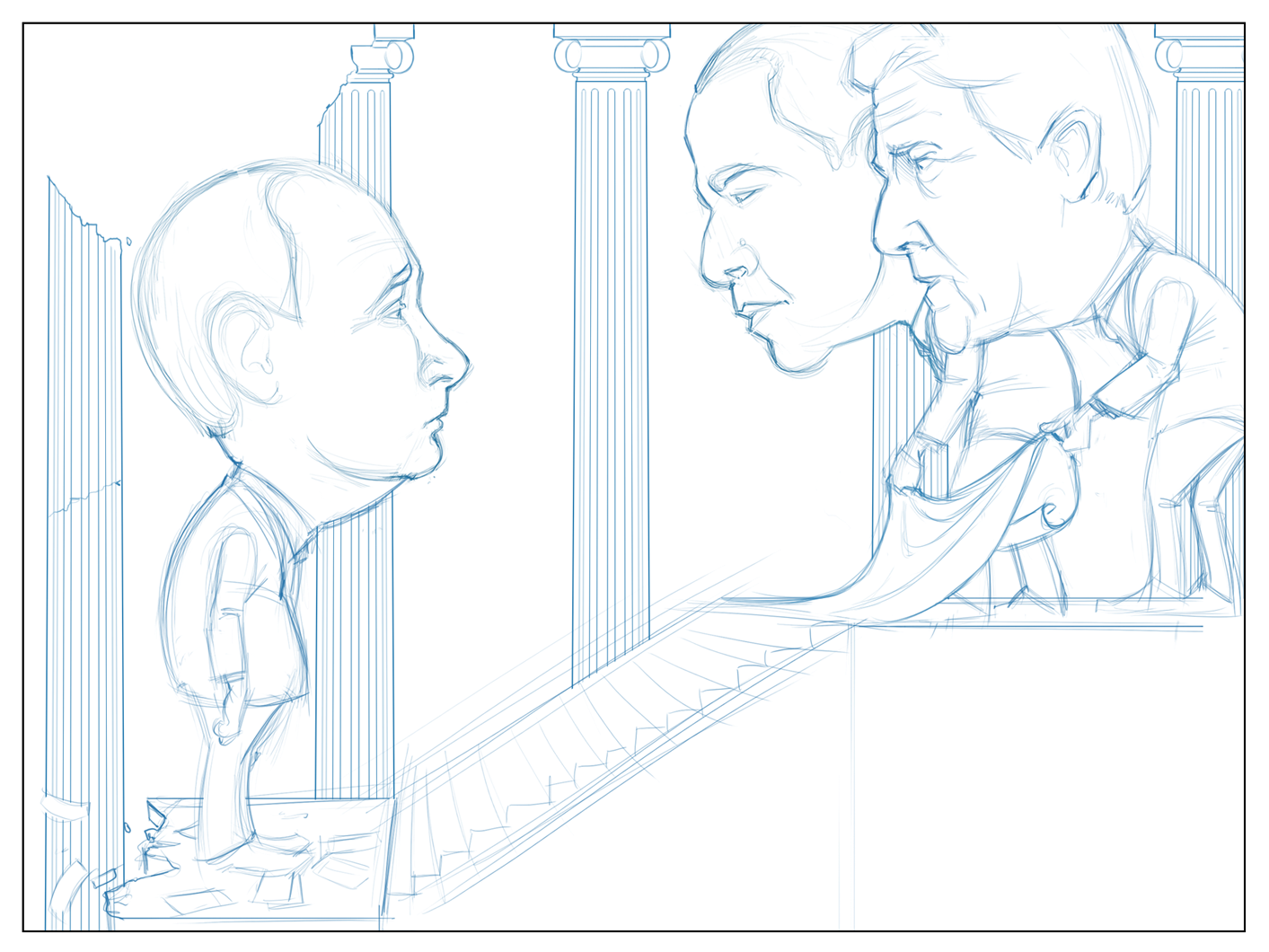 Here's how it looked after I outlined it: 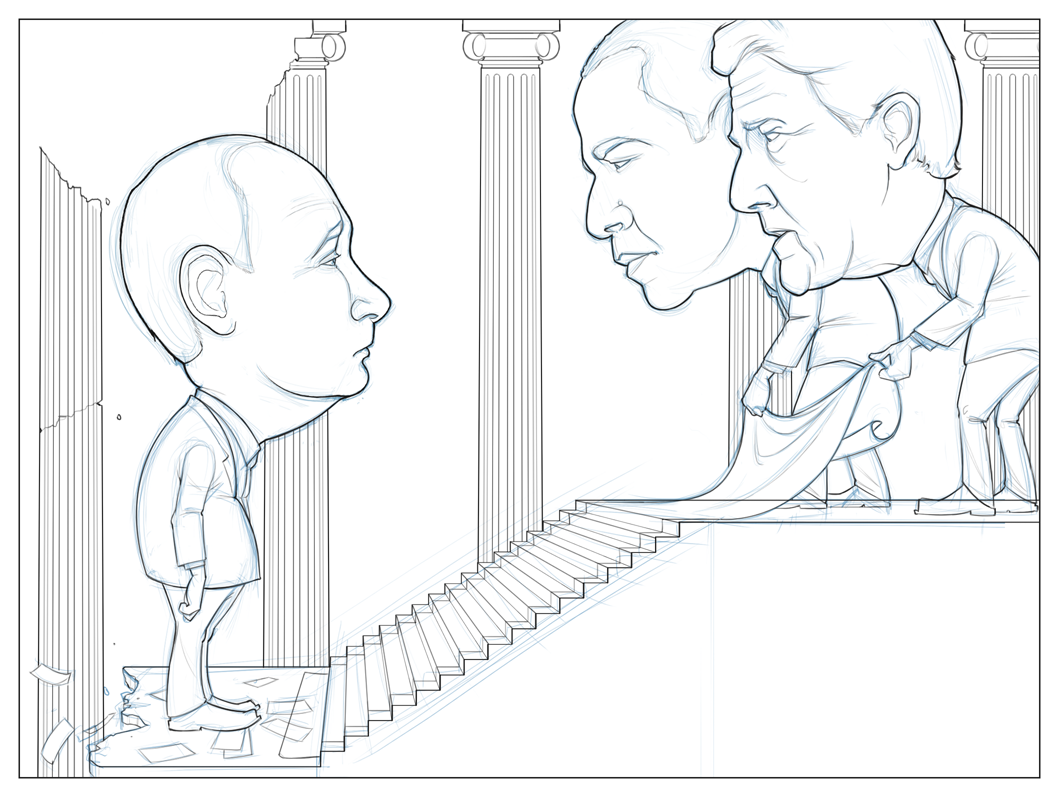 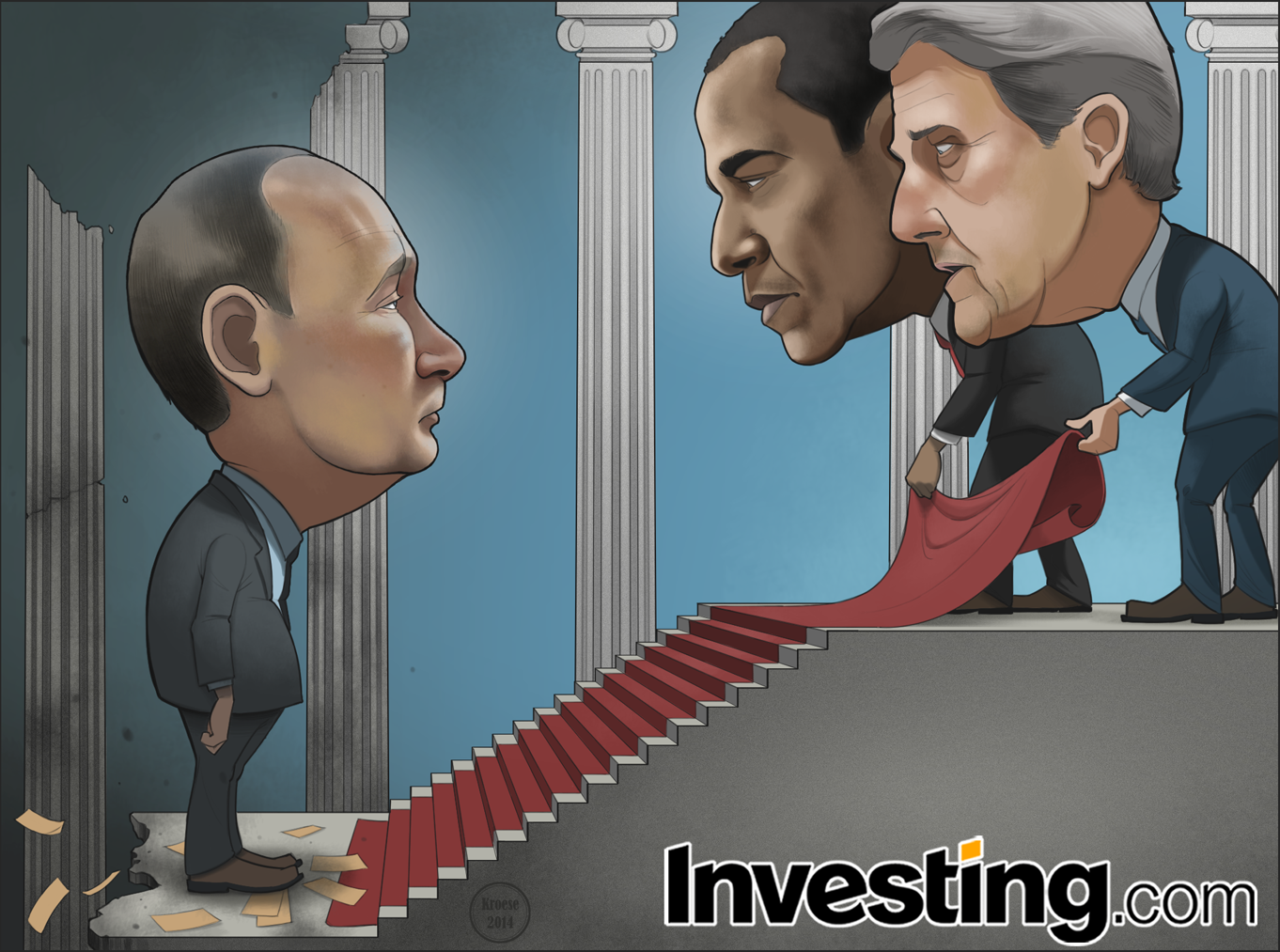 Because the setting is a metaphor, I wasn't exactly sure what kind of background to add. I ended up choosing columns because of their frequent cameos in the hallowed halls of politics (as well as ruined empires). The columns go from destroyed on the left side to pristine and bright on the right side, clumsily symbolizing economic improvement (not exactly a perfect metaphor, but I was thinking on the fly so cut me some slack).  The two damaged columns are also angled in a way that theoretically draws the eye toward Putin. I'm not sure this was necessary, since viewers are going to look at him no matter what, but it was worth a shot.

Furthering the suggestion of economic strife, I also made the color of the sky dark and foreboding on one side and bright on the other. Not to mention the fact that there are Roubles strewn on the ground at Putin's feet and the walkway behind him is crumbling. So I'd like to think I drove the point home adequately.

Lastly, John Kerry has a great face to draw. Lots of character. Unlike his voice, which is droning and monotonous and pretty much without inflection or character of any kind. This is not to disparage the Secretary of State, who seems intensely smart, a savvy diplomat and consummate statesman. But the dude has a reeeally boring voice.

This was an enjoyable comic to draw and I think it turned out pretty well.