In modern day Russia, world has YOU on a string...

Here's the latest comic for Investing.com.  This week's subject is the plummeting value of the Russian ruble due to collapsing oil prices (the Russian economy is heavily based on oil exports).  At one point (according to the BBC), the ruble lost nearly 9%.

I was asked by the crew at Investing.com to draw Vladimir Putin as Atlas, holding a globe that represents Russia.  They also asked that the globe have ruble symbols and oil rigs on it. 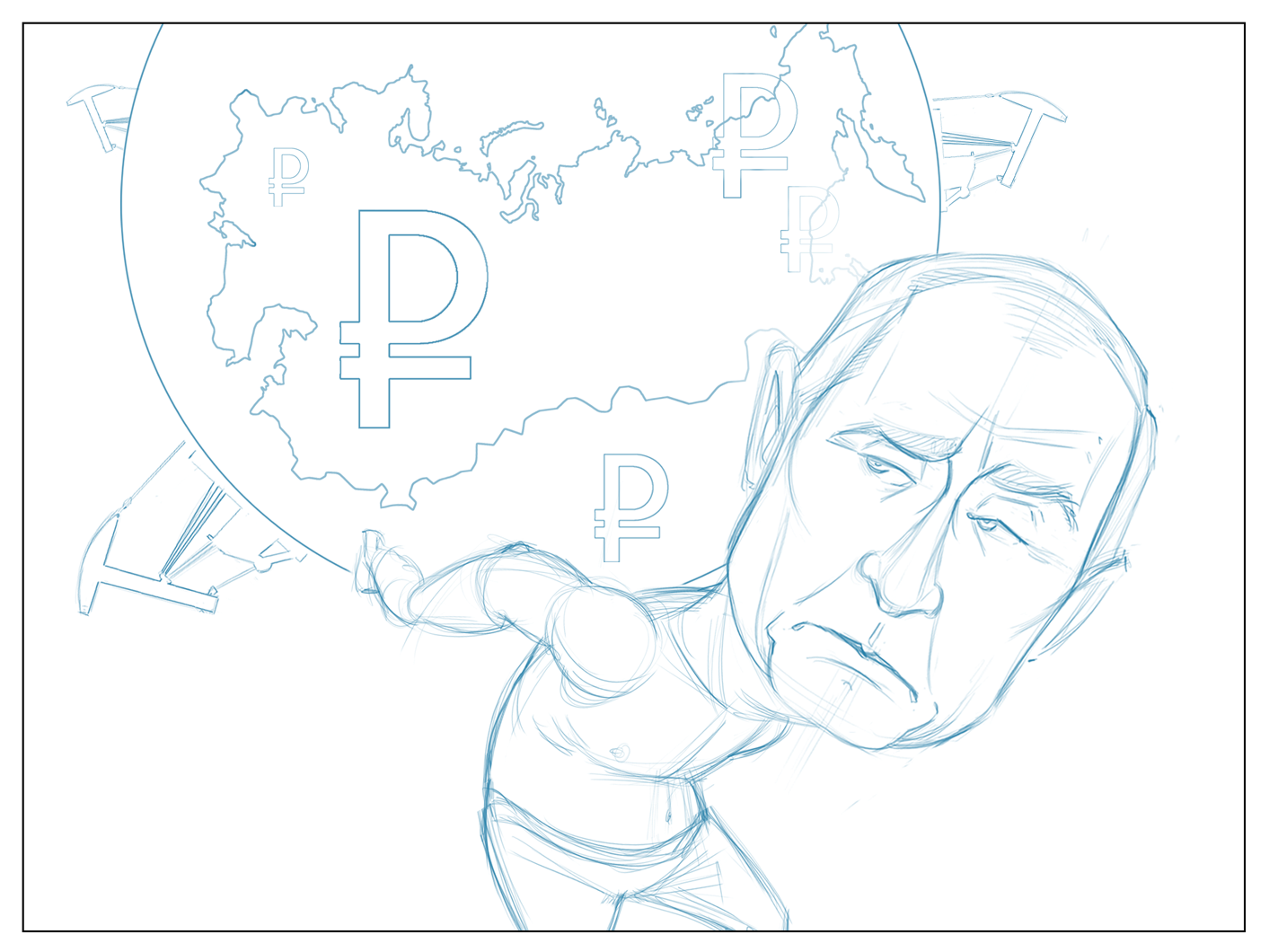 Here's how it looked outlined (not much different, just a little darker and cleaner): 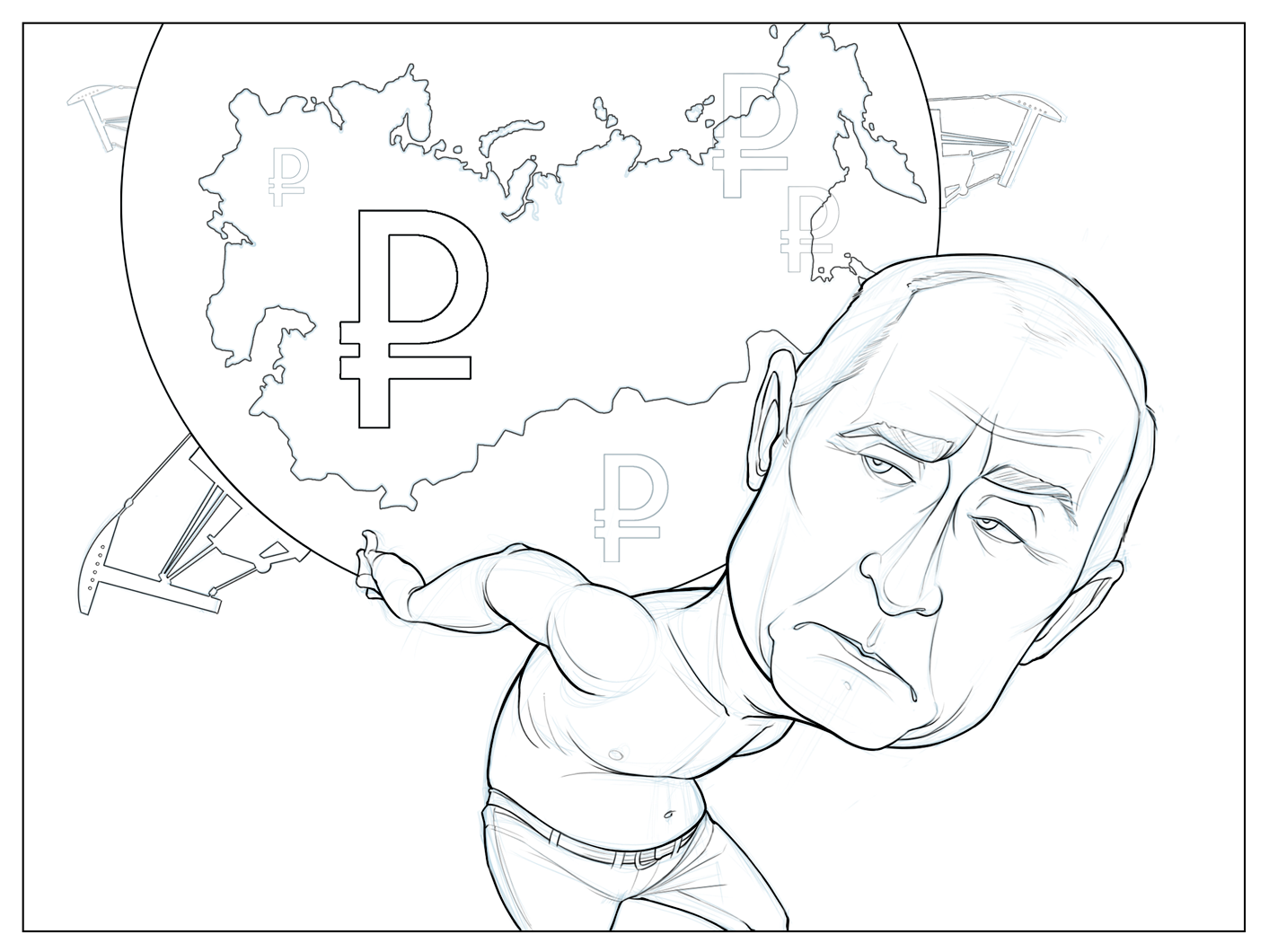 And here's the final version, color, shading, and all: 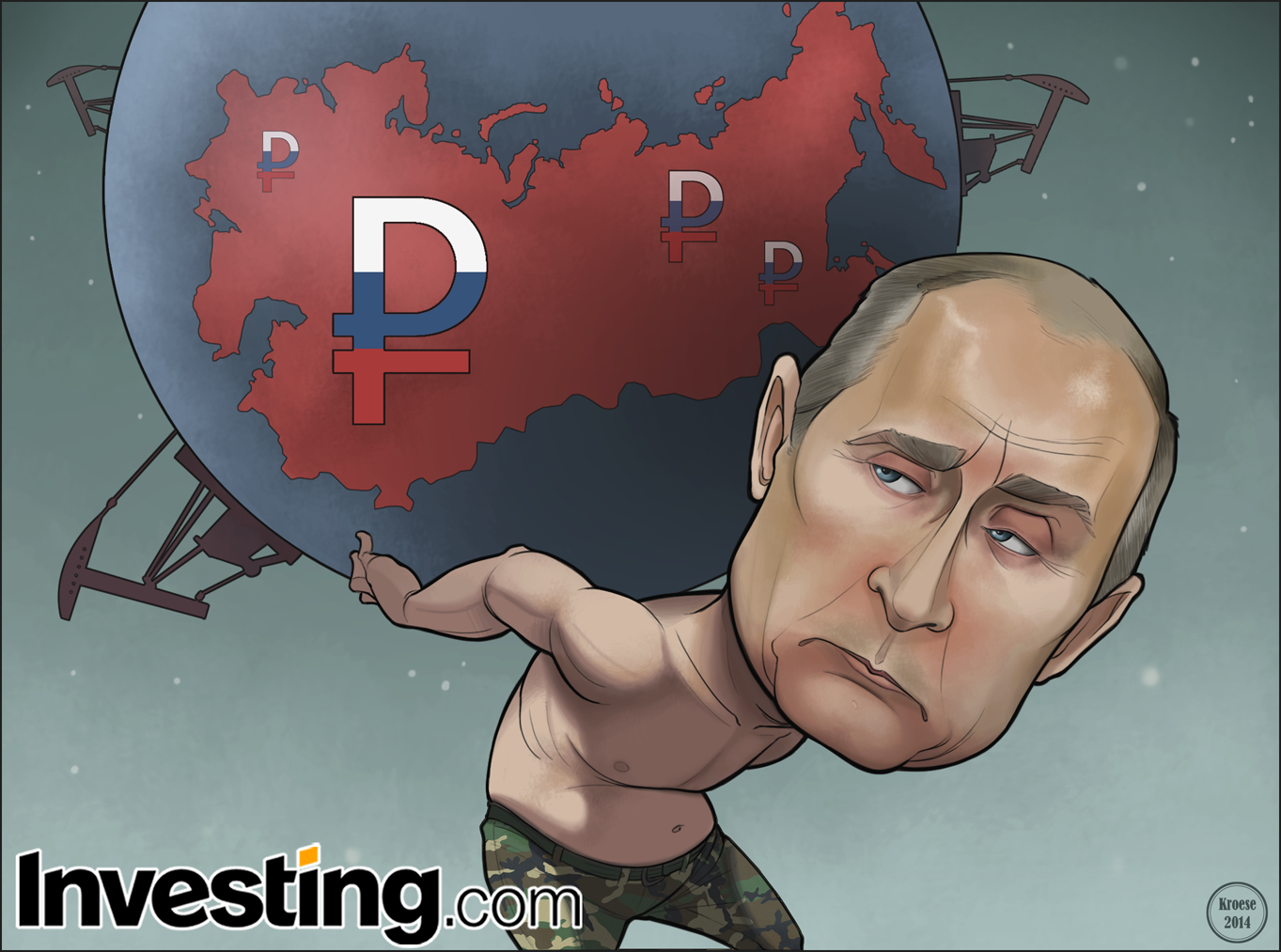 Before I was given the subject of this week's comic, I was hoping to have something a little different on which to work.  Specifically, I was hoping to be able to draw someone I haven't drawn for a while (or possibly ever) and someone with an interesting face.  It's like the illustration gods heard my prayer and answered it (I'm not sure who those gods are, exactly. Al Dorne, Frank Frazetta and Rien Poortvliet?).  Because I love drawing Vladimir Putin.

Putin has the greatest face for visual jokes.  The proportions of his face are perfect for caricature.  He's pretty much constantly frowning and seems to have little or no sense of humor.  And his eyes seem to be permanently half-lidded in unflappable disaffectedness.

Add to that the Greek god reference and the fact that this one was a single-character comic (which means I was able to spend a lot more time on details, shading, etc.), and that equals all sorts of fun.  This one was fun to think about, fun to draw, and I think it turned out fairly well ("fairly well" is about as high as the praise gets when I'm talking about my own work).

So there you have it.  A great week for the Investing.com comic.