Here's the latest comic for Investing.com. This week's comic is about the massive rally of the markets in 2014 and whether or not the rise will continue into the new year.  I was asked by the crew at Investing.com to draw the 2014 S & P chart as a mountain. On top of the mountain, they asked me to draw two bulls who are short on oxygen.  Here's the sketch: 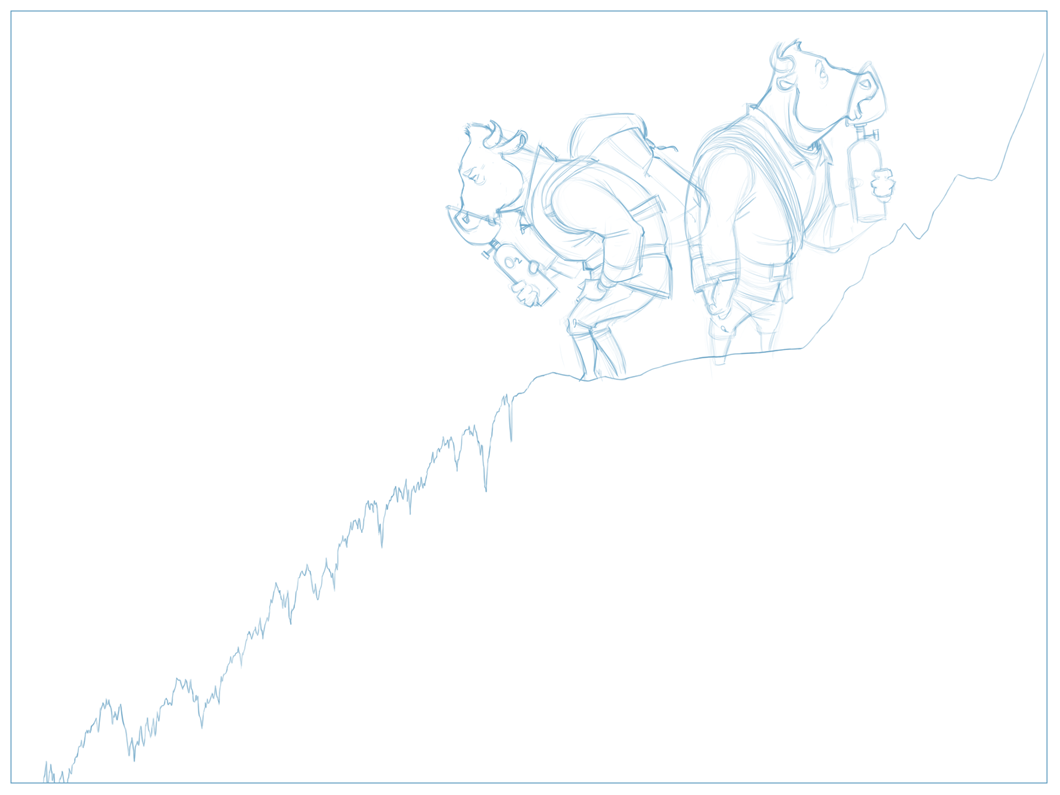 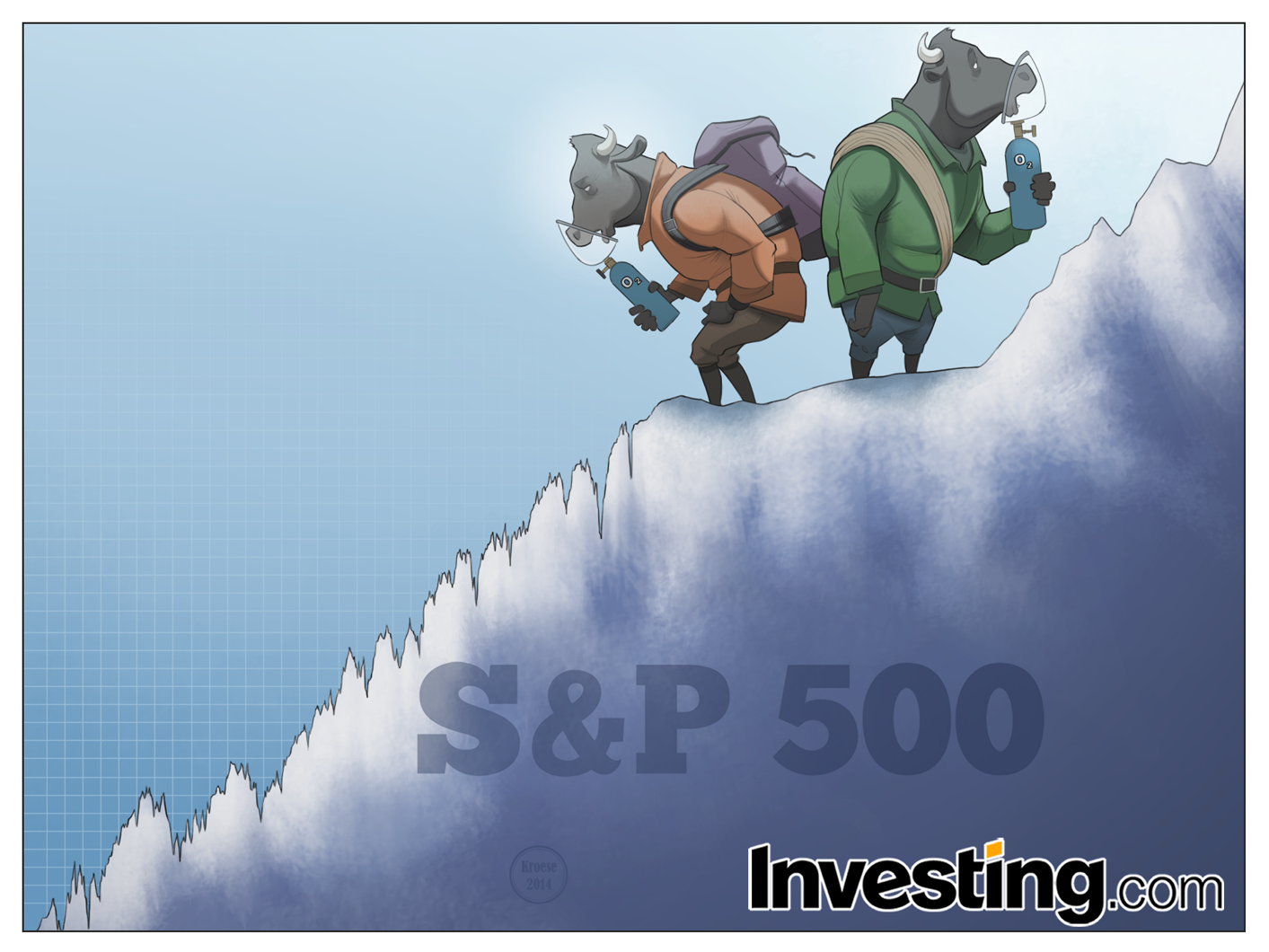 Not too much to say this time around. This comic was a bit easier than usual. Two characters, minimal background, no caricatures.

I was thinking about adding more background elements (clouds, mountains, etc.), but I wanted the comic to have the feeling of stark cold and figured a more simplified background would do the job better. Also, I needed the line of the chart/mountain to be clearly visible and an uncluttered background was a better option for that. At the last minute, I added the grid to reinforce the idea that the outline of the mountain doubles as the 2014 S&P Chart.

So there we have it. Probably my last comic for Investing.com in 2014. Not a bad way to finish out the year.