They See Me Rollin'

Here's the latest comic for Investing.com.  This week's comic deals with the end of QE3 and the potential influence that might have on the markets.

If you don't follow the financial news, QE is Quantitative Easing; a monetary policy started by the Federal Reserve after the late unpleasantness in 2008 (you know, that little kerfuffle where the entire world economy almost imploded).  There have actually been several rounds of Quantitative Easing since '08.  QE is just the Fed buying bonds and other financial assets, theoretically to stabilize the markets.

QE seems to have done its job and fears of rising inflation rates have not come to fruition, so Janet Yellen has decided to end the policy.  So this week's comic is about that.  I was asked by the team at Investing.com to draw two bulls in the front seat of a fancy car.  In the background: a gas pump that reads "QE2 and QE3" and behind that a sign reading "Federal Reserve Gas Station".  In the foreground, I was asked to draw Janet Yellen removing the gas nozzle from the tank of the fancy car. 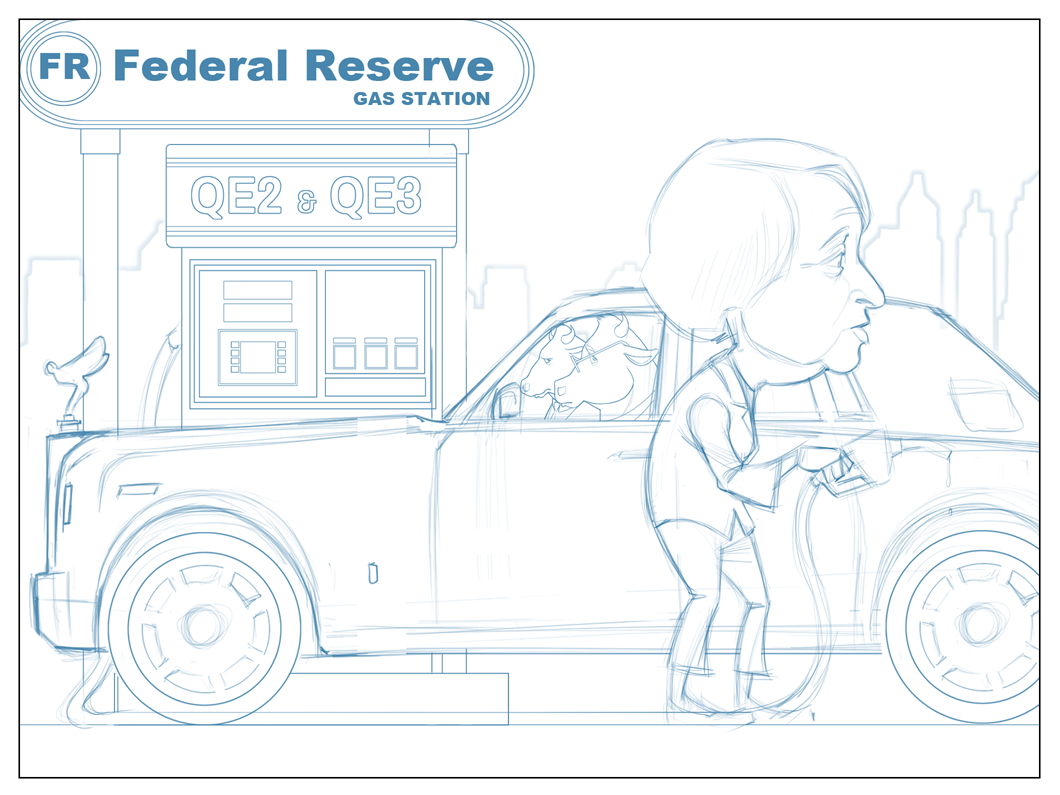 And this is how the final version turned out: 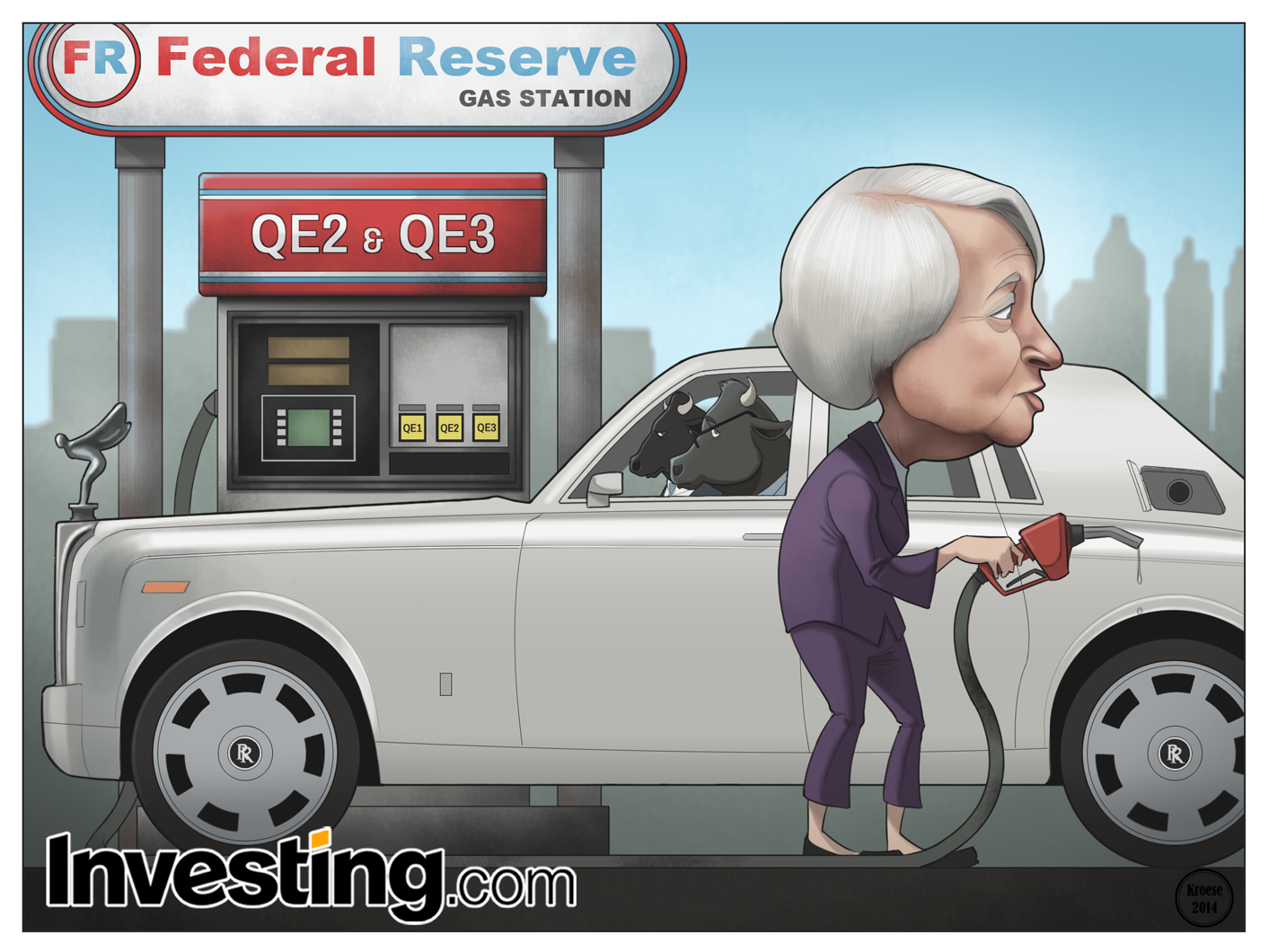 This one was pretty fun to draw.  I don't usually like to draw cars, but I was happy to have something out of the ordinary and challenging to tackle this week.  Overall, I'd say this comic turned out pretty well.  I'm still not sure about the proportion of the bulls (as compared to Yellen), but I had to fit them inside the car window, which is always a bit tough.


Otherwise, I'm fairly satisfied with the rest: the car, Yellen, the signs in the background.  Not too shabby for a one day deadline.