And this little bear had none...

Here's the latest comic for Investing.com.  The subject was sort of year in review of the financial markets.  More specifically, the record highs said markets have hit.  It also happened to be Thanksgiving last week, and who doesn't love some seasonally-themed financial comics?

I was asked by the crew at Investing.com to draw a table, laden with Thanksgiving foodstuffs.  Sitting at that table they wanted several bulls with plates a-heapin' with turkey and the trimmins (I thought it would be appropriate to use traditional American jargon for this occasion).  At the other end of the table, I was asked to draw a bear holding an empty plate.  The idea on this one is that this has been a year of feast for the bull markets and one of famine for the bears. 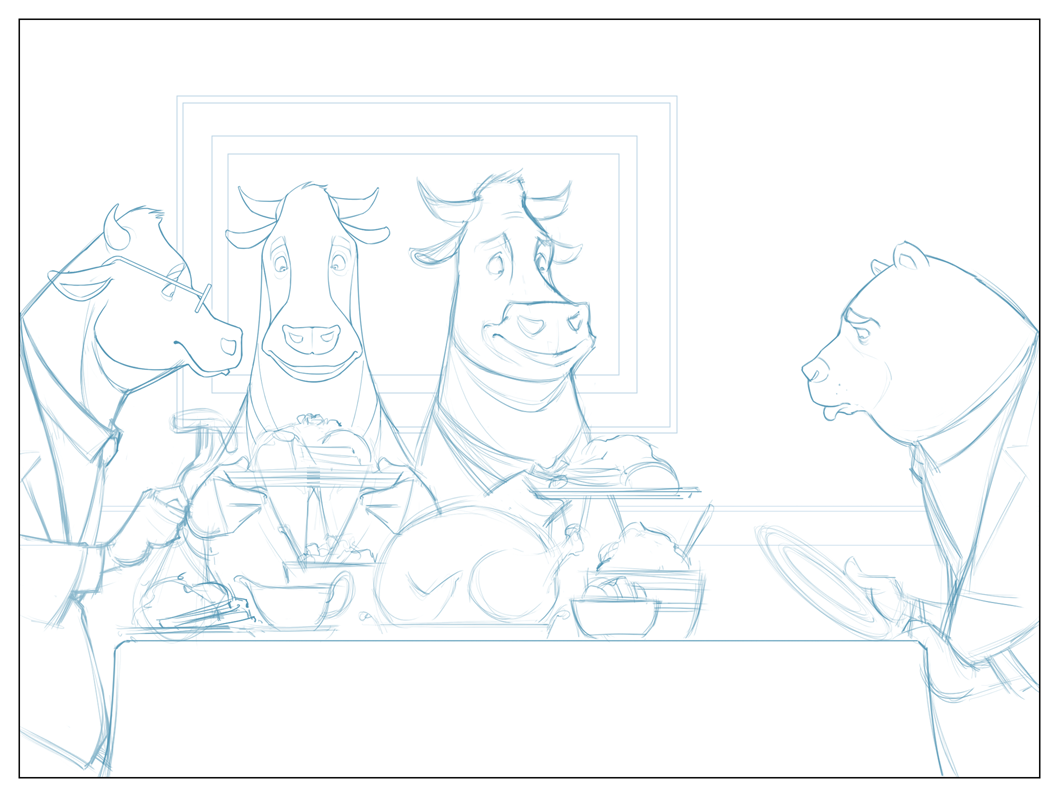 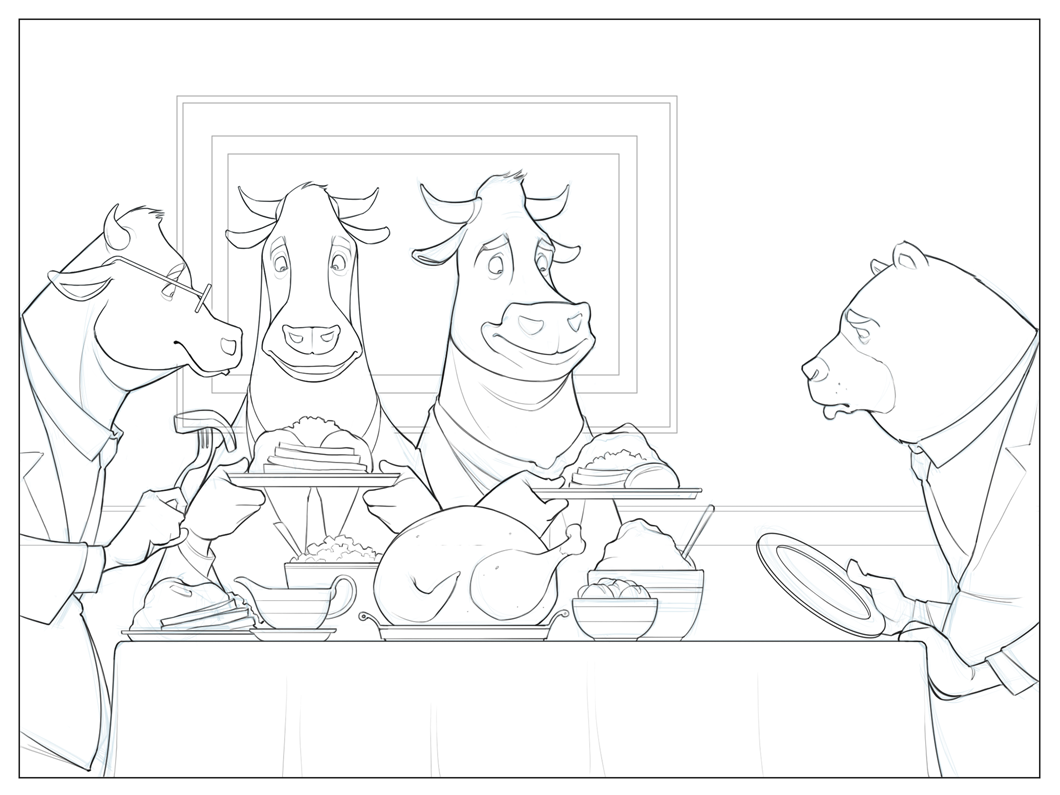 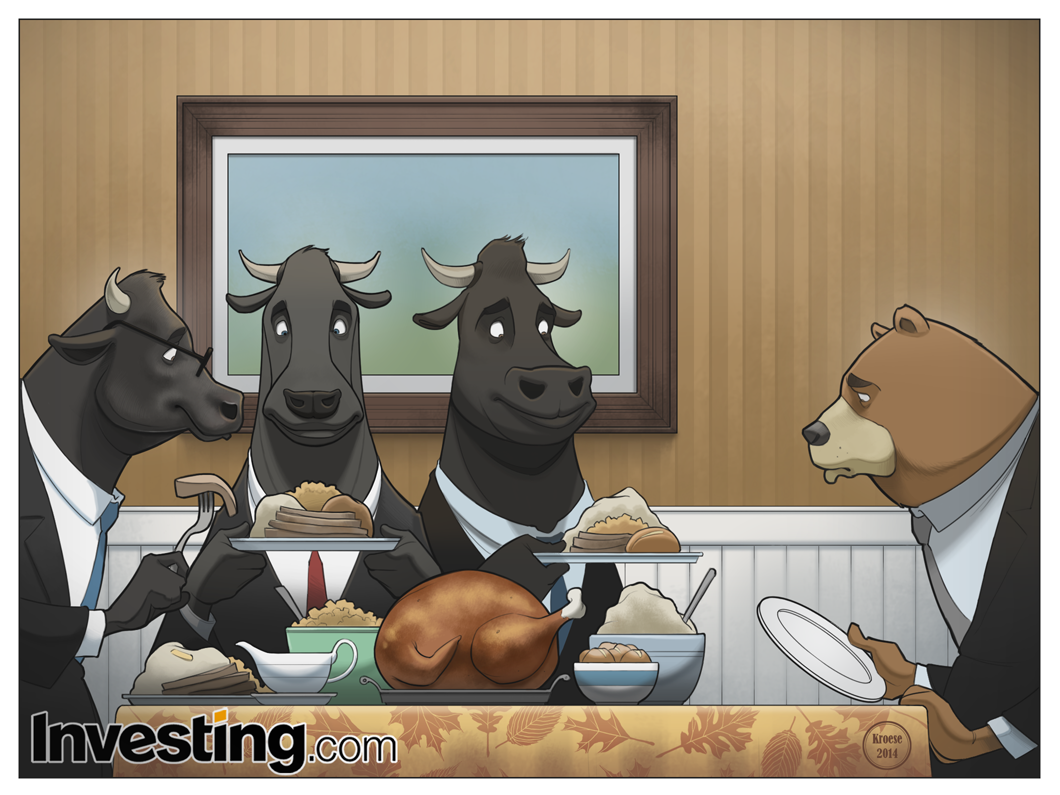 I've been enjoying exploring various textures and patterns lately (like the wallpaper, the wainscoting and the table cloth.  Adding them slows down the process some, but I think it's worth it to add a little more depth, detail and visual interest to the comic.  It makes them a little more believable.  Which is to say, it makes the world within the comic more believable.  If you looked at this comic and assumed it was a depiction of an average, realistic Thanksgiving dinner...well, your turkey day was probably more interesting than mine.

Speaking of, hope you spent yours in an enjoyable way.