Get me on the court and I'm trouble...

Sorry about the hiatus in posting lately.  I'm working on several projects right now.  Eventually, I'll post work from all of them but I'm not quite ready to do so now.  In the meantime, how about an Investing.com comic?  It's been several weeks since I posted one of these.  Mostly due to timing issues.

This week's comic has to do with the strength of the dollar as of late.  I was asked to draw two basketball teams, one consisting of bears and the other of bulls.  Both were to have the dollar symbol emblazoned on their jerseys.  I was also asked to include a scoreboard in the background that showed only the 12 minutes of time remaining and that the game was in the 4th quarter (a financial reference).

Because the deadline on these comics is so short, drawing two full basketball teams would be nearly impossible (unless I changed to a sketchy, faster drawing style).  I figured the best way to handle this one was to draw two players prominently in the foreground and add a couple of players in the background.  Theoretically, the rest of the players would be suggested, like they just got cut out of the frame. 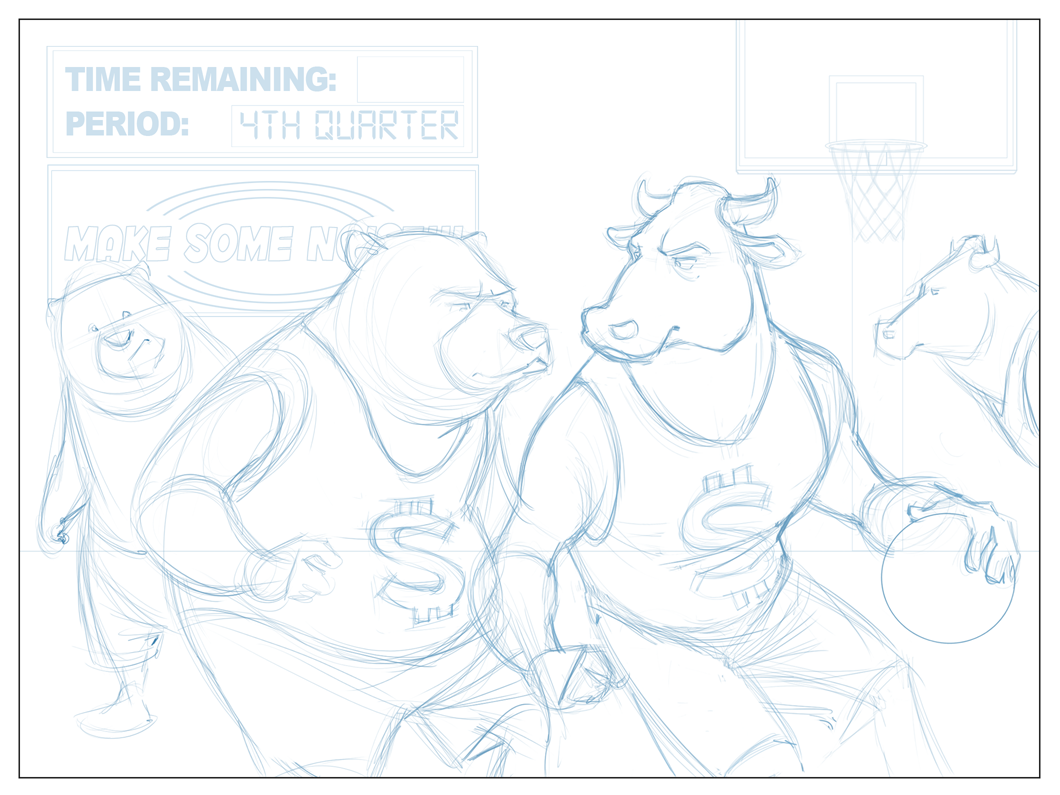 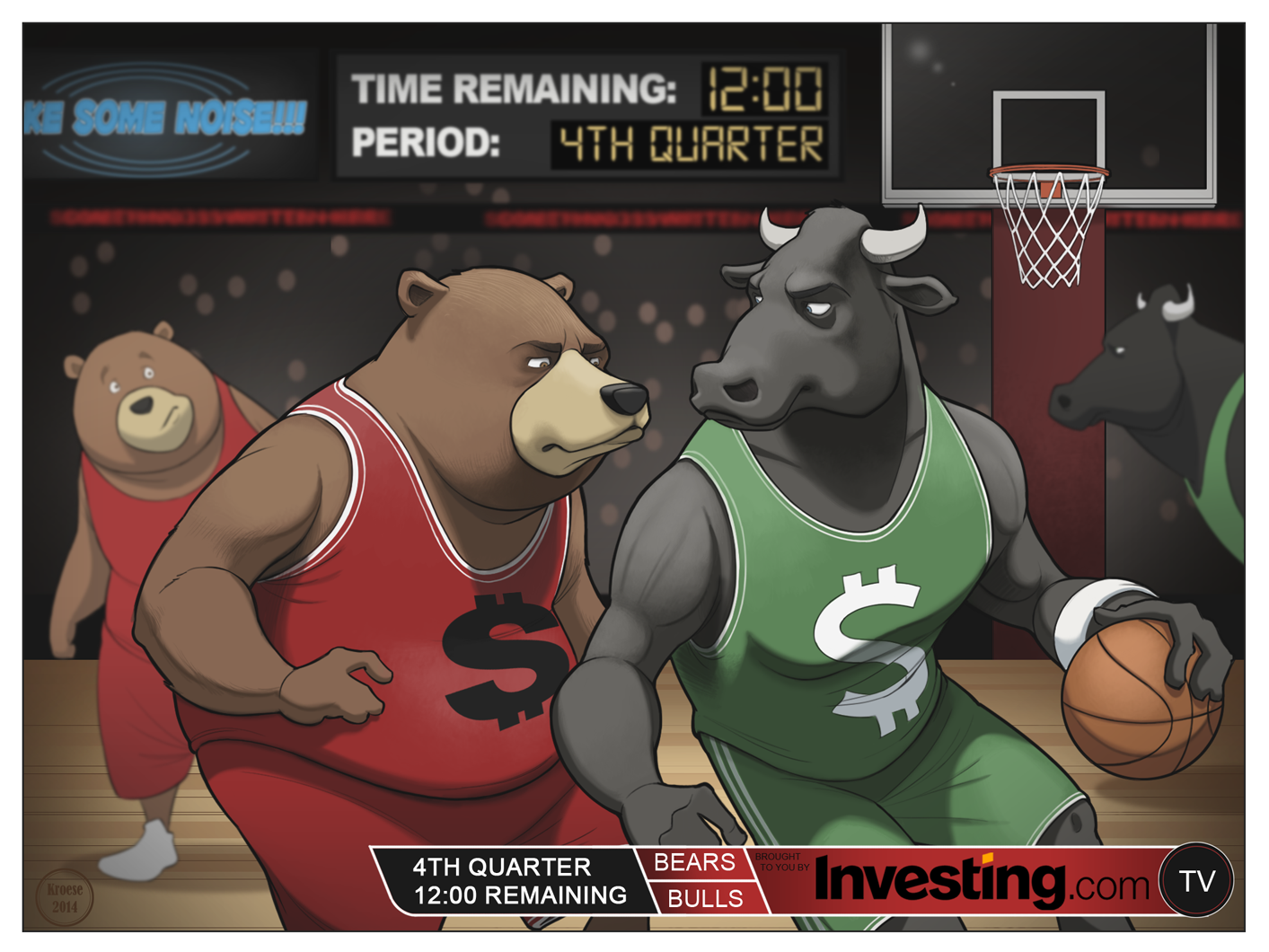 Basketball courts have some pretty great lighting, which adds to the drama of the scene.  I also decided to add a score bar at the bottom of the comic as if this comic were a screen shot from a game being broadcast on tv.

I can't really assess this comic just yet.  Sometimes when I've looked at something for too long, I can't see it anymore.  Knowing myself, once I'm finally able to see the comic as a whole rather than a collection of elements, I'm probably going to be fairly critical.

But here's the thing (I suppose I'm mostly saying this to my future self who I'm assuming will be critical of this comic): Every drawing is about choices.  Under the pressure of a one day deadline, choices have to be made much, much more quickly than normal.  I don't have the luxury of time and the careful assessment and re-thinking of every choice that time affords.  Undoubtedly, if I'd had more time on this I would have made some different choices, but I did the best I could in the time I had.

And that will have to be good enough.  Under the circumstances, I think this one turned out ok.  So put that in your pipe and smoke it, overly-critical future me.