Here's the latest comic for Investing.com.  This week's comic deals with the upcoming secession vote in the United Kingdom.  The people of Scotland are just about to decide whether or not to remain as part of the United Kingdom.  Secession would mean major ramifications, financial and otherwise, for both Scotland and England.

The crew at Investing.com asked me to draw England and Scotland (colored like their respective flags) with Scotland pulling away from England while Bank of England Governor Mark Carney and Prime Minister David Cameron try to pull Scotland back.  I was also asked to include British pound symbols in the water. 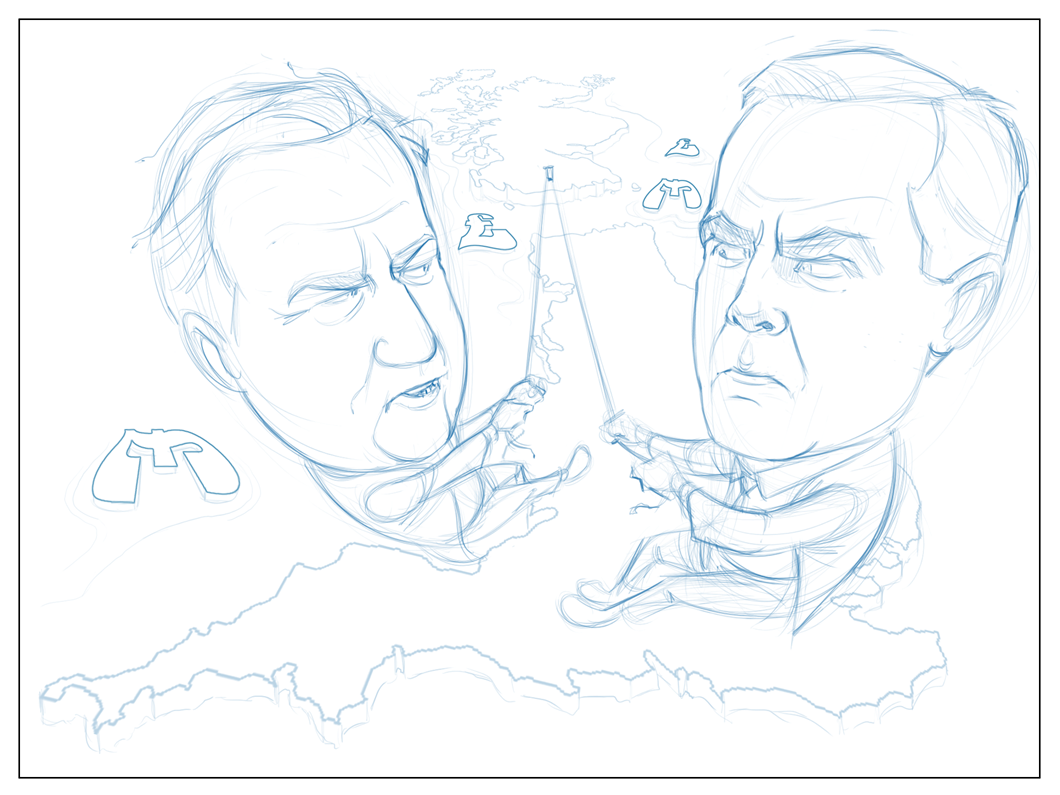 The layout of this sketch actually took a bit more time than usual.  First, I had to figure out how I was going to draw England and Scotland (perspective-wise).  A side view wouldn't work because you wouldn't be able to see the shape of the countries.  A top view wouldn't work because you wouldn't be able to see Carney and Cameron's faces.  It would have to be an angled view.  But I tried an angled view from the side (with Scotland on the left side and England on the right) and it just looked weird.  The countries were too misshapen.  And, thinking that the comic is primarily about Scotland, I thought it would be a good idea to put Scotland in the foreground.  But I figured we're all a little too used to the Mercator-style world maps and having Scotland "below" England would seem geographically incorrect.  So I settled with what you see above.  I think it does a decent job of drawing the focus to Scotland itself (central location, the "v" shape of the rope pointing directly to it).

After that, all I had to do was spend the next eight hours sketching Cameron and Carney, outlining, coloring, shading, and then editing until I had this: 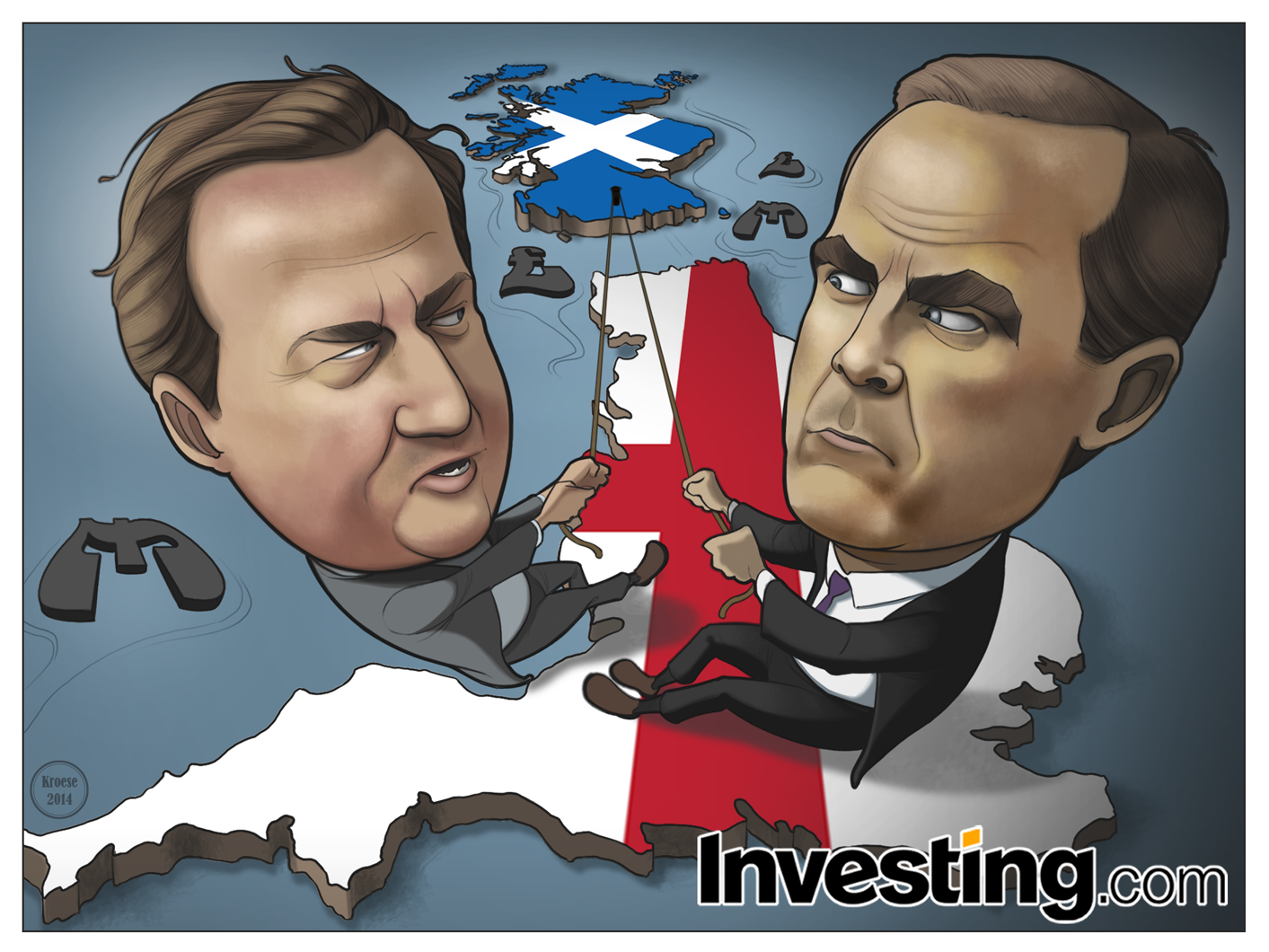 I'm mostly happy with this comic.  It was pretty technical.  Like I said, there were some things to figure out and I can't say all of it turned out perfectly (Carney's head is a little oddly placed on his body).  But overall, I think their faces turned out well, the shading is decent, and the subject matter is interesting.  I would have liked to do something to the ocean to make it a little more ocean-like, but I was out of time and energy, so it just ended up being a big, blue flat thing.

Still, not my worst effort.