Recently, Janet Yellen made some comments indicating she believed the markets are experiencing a "social media bubble" (overvalued stock prices of social media companies).  In spite of her comments, Facebook and Twitter have posted impressive profits this quarter.

I was asked by the good folks at Investing.com to draw Janet Yellen imagining Mark Zuckerberg (the founder of Facebook) in a claw foot tub full of bubbles (the bath bubbles being a metaphor for the financial ones).  Instead of rubber ducks, they asked me to draw the Twitter logo.  Here's the sketch: 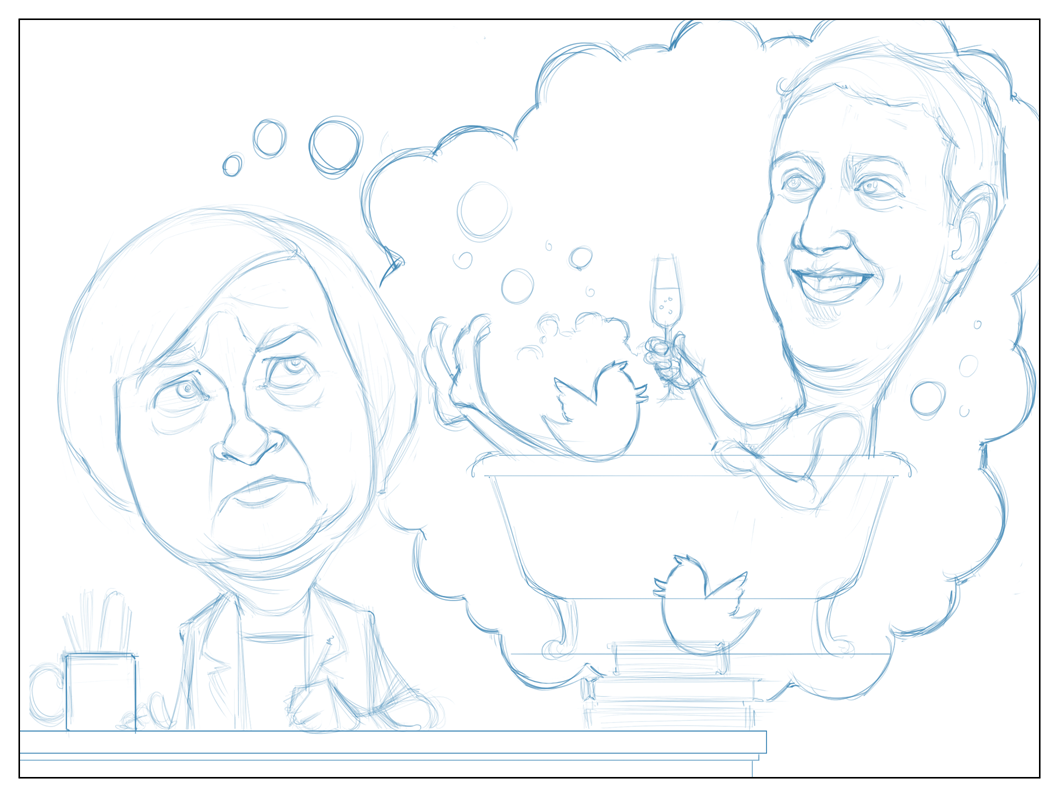 And here's how the final version shaped up: 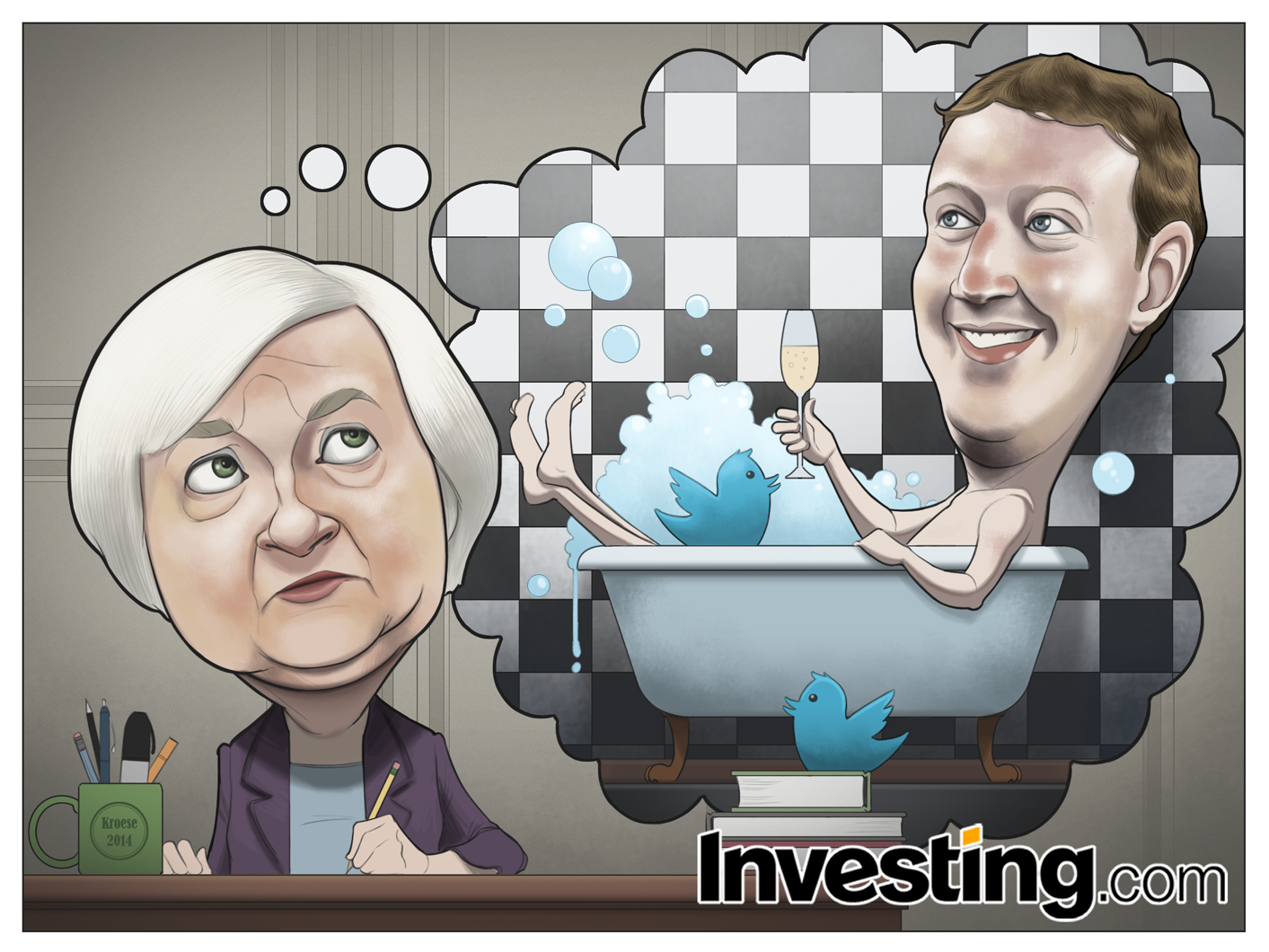 I think this one turned out fairly well.  Yellen's caricature is a little off, but I think Zuckerberg looks pretty good.  On top of the caricatures, I also like the black and white tile background of the bathroom.  I did it specifically to help distinguish the bathroom wall from the office wall and I think it did its job admirably and added a bit of visual interest to boot.

Not sure how many times I've drawn Yellen at this point, but at this rate she'll be approaching Bernanke's numbers quick fast and in a hurry.  I thought about re-using her face from a previous comic, but that seems like cheating.  And doing so doesn't help me improve.

I have no idea whether or not her prediction about social media stock prices will come to fruition, but the head of the Fed often makes sober predictions based on sound reasoning and data.  One assumes she still thinks social media shareholders will...take a bath.