Here's the latest comic for Investing.com.  This week's comic has to do with a possible "correction" in the market.  "Correction" is (I think) one of those words that people in government tend to use so as not to cause panic.  It's one of many euphemisms intended to make a situation sound not quite as bad as it actually is, similar to a "soft" economy.  In terms of the stock market, a "correction" means the whole thing is going to drop.  It's called a correction because, theoretically, the markets have been going up for too long and the drop will bring things back to "normal".

I was asked by the team at Investing.com to draw three men sliding out of control down a muddy hill.  Each was to be wearing a shirt with the name of a specific index on it.  I was also asked to include clouds and rain in the form of numbers. 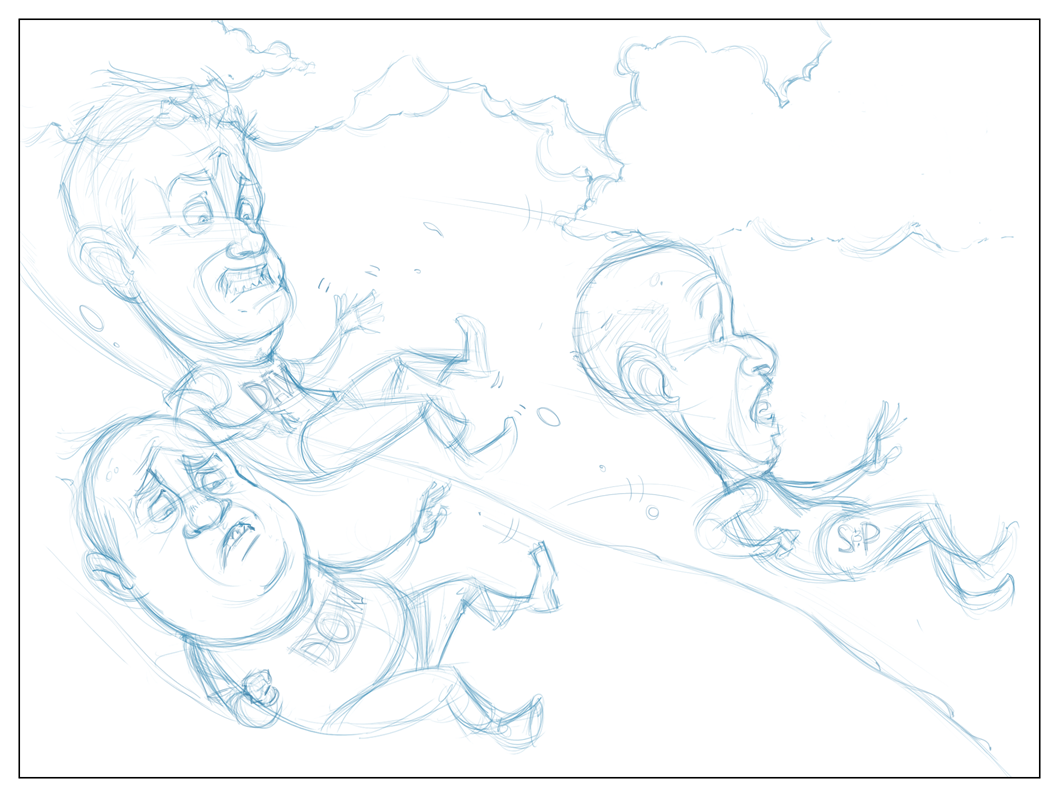 Because none of the men had to be based on anyone specific, I figured this would take me less time than usual, in spite of all my experience to the contrary.  Sure enough, this one took me just as long to draw as all the others (somewhere in the neighborhood of 10 hours).  A little longer, in fact.  I'm not sure why.

Overall, I think this comic is ok.  I like the DAX guy's face.  The composition and colors are serviceable.  But something about the DOW character bugs me a bit.  I'm just not sure exactly what.  That's the thing: If I can see what's wrong with a drawing, I can fix it.  But sometimes a drawing doesn't look quite right and I can't put my finger on why.  And sometimes there's nothing actually wrong at all.  Sometimes I'm just being overly critical.

It's not a science, this drawing thing.  But it is fun.  This comic was tiring and frustrating at times, but fun nonetheless.