Here's the latest comic for Investing.com.  This week's topic is the ongoing diplomatic tension between the United States and Russia.  Mostly over Ukraine.  Among other measures, both countries have enacted sanctions against each other.

I was asked by the crew at Investing.com to draw Vladimir Putin and Barack Obama playing the strategy game Risk.  The subject matter is usually a little more complex than that, but this time my instructions were fairly straightforward.  Here's the sketch: 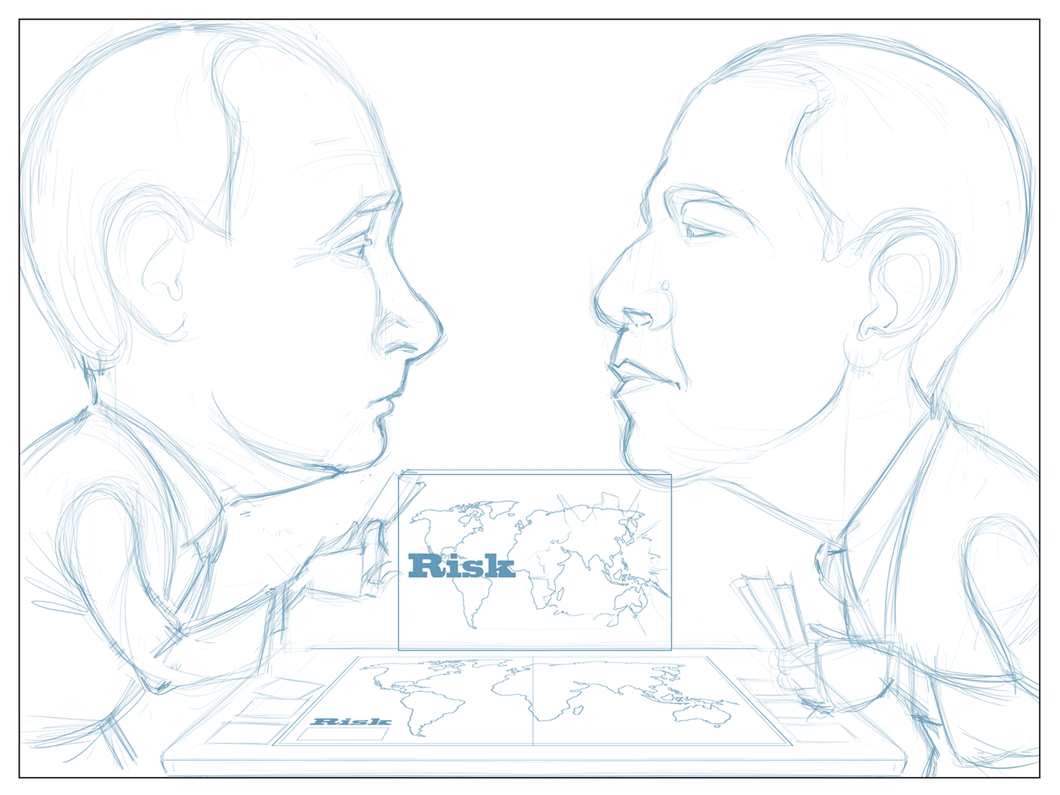 Politically, I wish all our disputes were settled by playing Risk.  Which is probably why I'm not in charge of anything.  Playing Risk seems like a much better option than sanctions.  Or at least more fun. 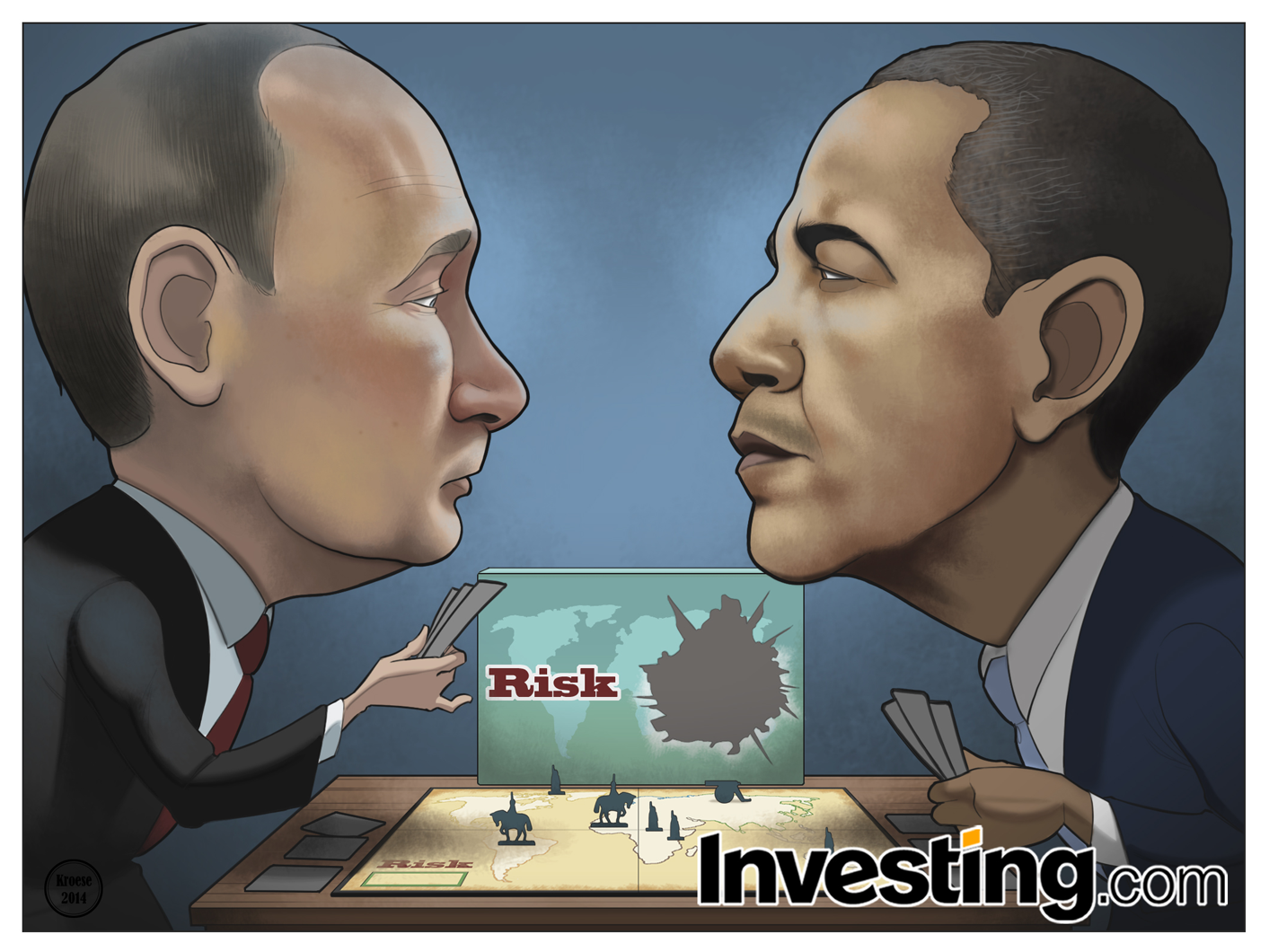 In terms of the craft, this one was both fun and satisfying.  The uncomplicated subject matter meant I could focus more on the characters, expressions, and composition.  Also, have I mentioned how much I love to draw Vladimir Putin?  His face is perfect for caricature.  He has a prominent forehead, a distinctive nose and a tiny mouth and jaw.  And somehow his blank expression is always really expressive.  The man is just so much fun to draw.

I think both Putin and Obama turned out fairly well (in terms of the drawing).  The background could have used more visual interest and the Risk box could have used a bit more attention, but those are nitpicky details.

On my non-existent rating scale, I'd give this comic four generals, one infantryman, a cannon and Australia.  It's absolutely the best comic I've done this week.