The good folks at Investing.com are releasing a new app for the iphone.  They asked me to draw two comics to promote the launch, which meant this week's work load was substantially heavier than normal.

Here's the sketch of the first comic: 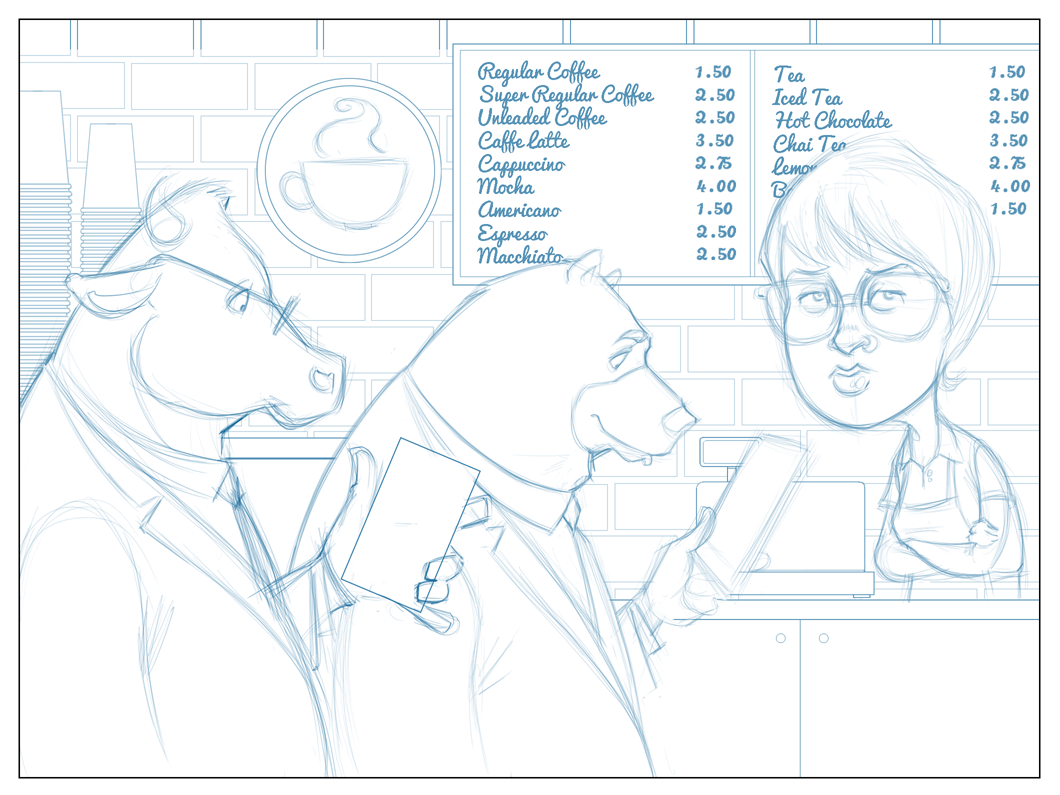 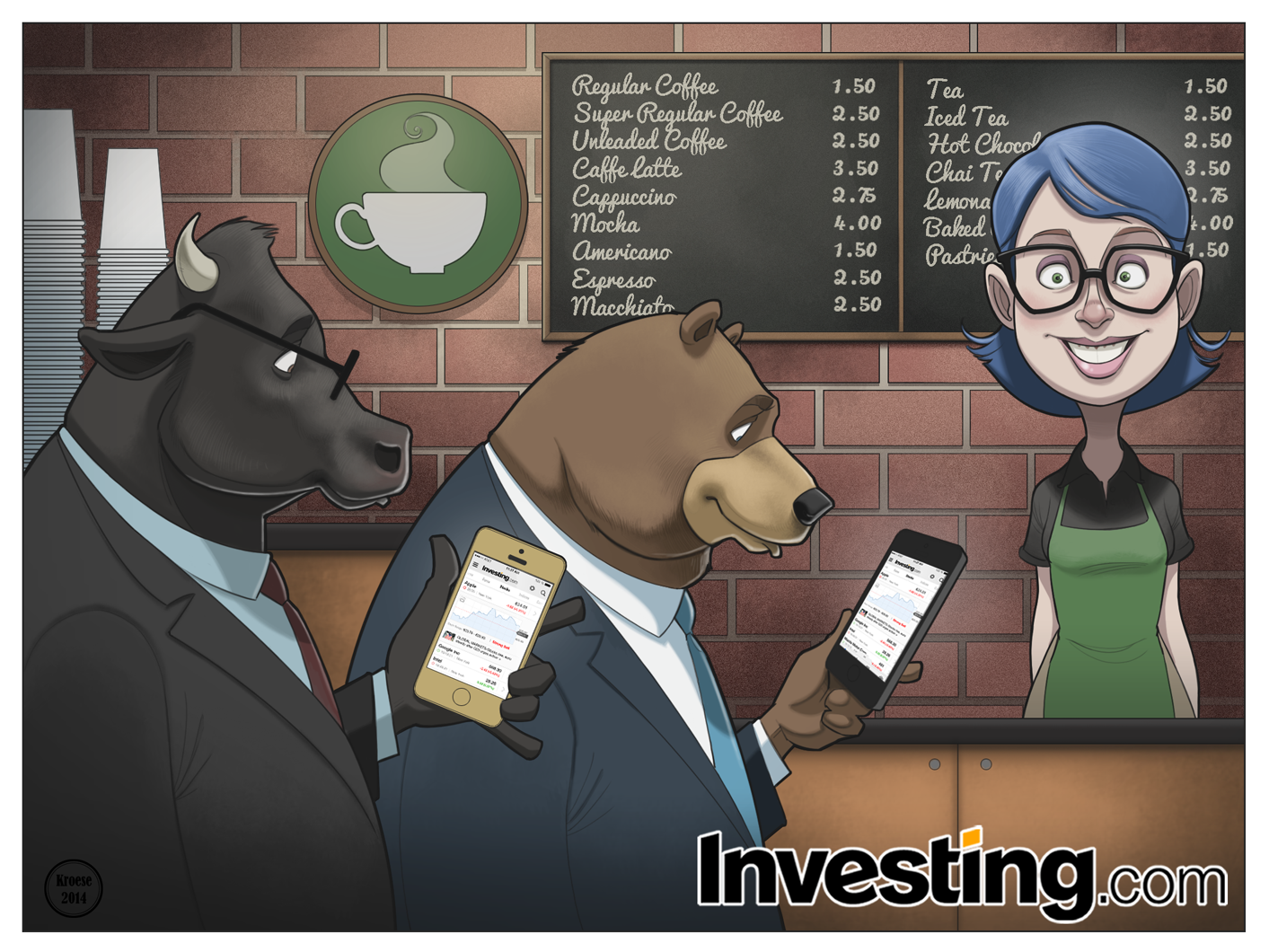 This one took way longer than usual.  The request was straightforward enough: I was asked to draw a bear and a bull in line at a coffee shop looking at the app on their phones.  This is actually a little trickier than you might think, though.  It's a bit of challenge to show a character AND show the contents of their phone screen.  The screens have to be big.  They also have to be angled in a way that allows the audience/camera to see the screen but is still reasonable enough for the characters to be looking at it.

Mostly this one took longer than expected because I re-drew that &*%$#@ barista three different times.  Notice how the sketch is completely different than the original?  I could have left well-enough alone, finalized the original sketch and finished quite a bit earlier.  But I have a hard time just letting something go, particularly if I know I can do better.

Here's the sketch of the second comic: 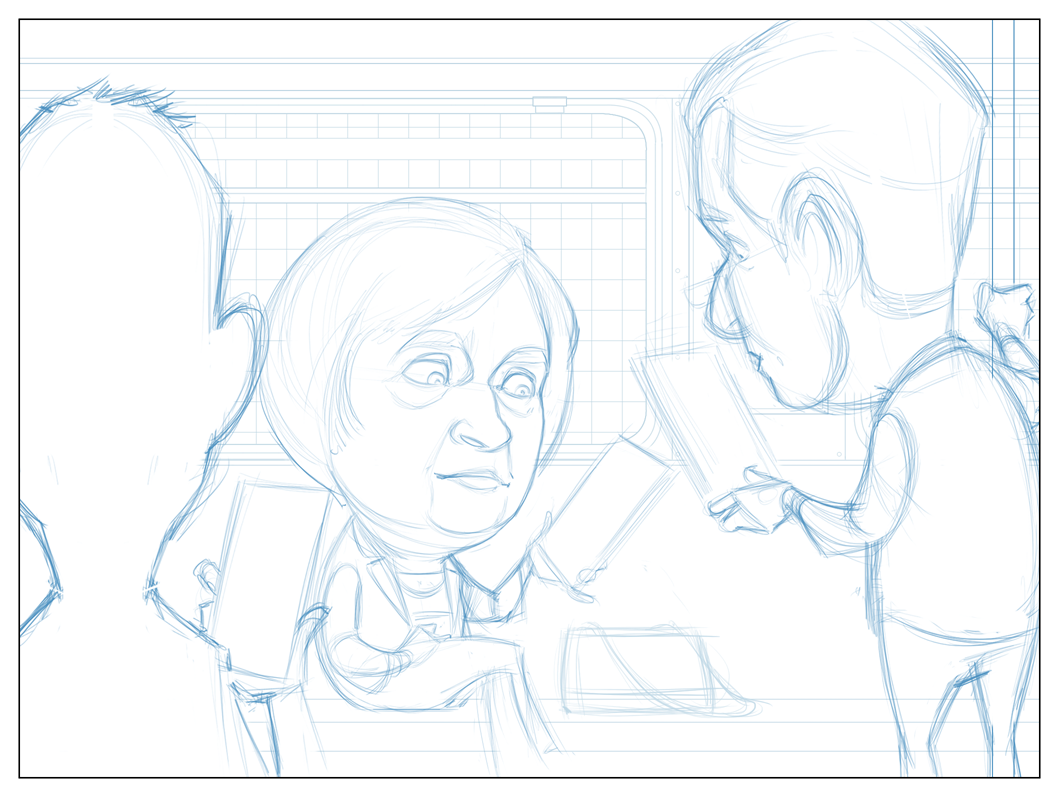 I was asked to draw Janet Yellen sitting in a subway car looking at the app on her phone.  I was also asked to include a couple of other passengers also looking at their phones.  The composition on this one is a little different, but I think it works.  Yellen's face is a bit scary in this sketch, but I corrected a bit of that in the outline and color so her eyes aren't QUITE so insane looking (she still looks a little bit like she's going to take a bite out of her phone): 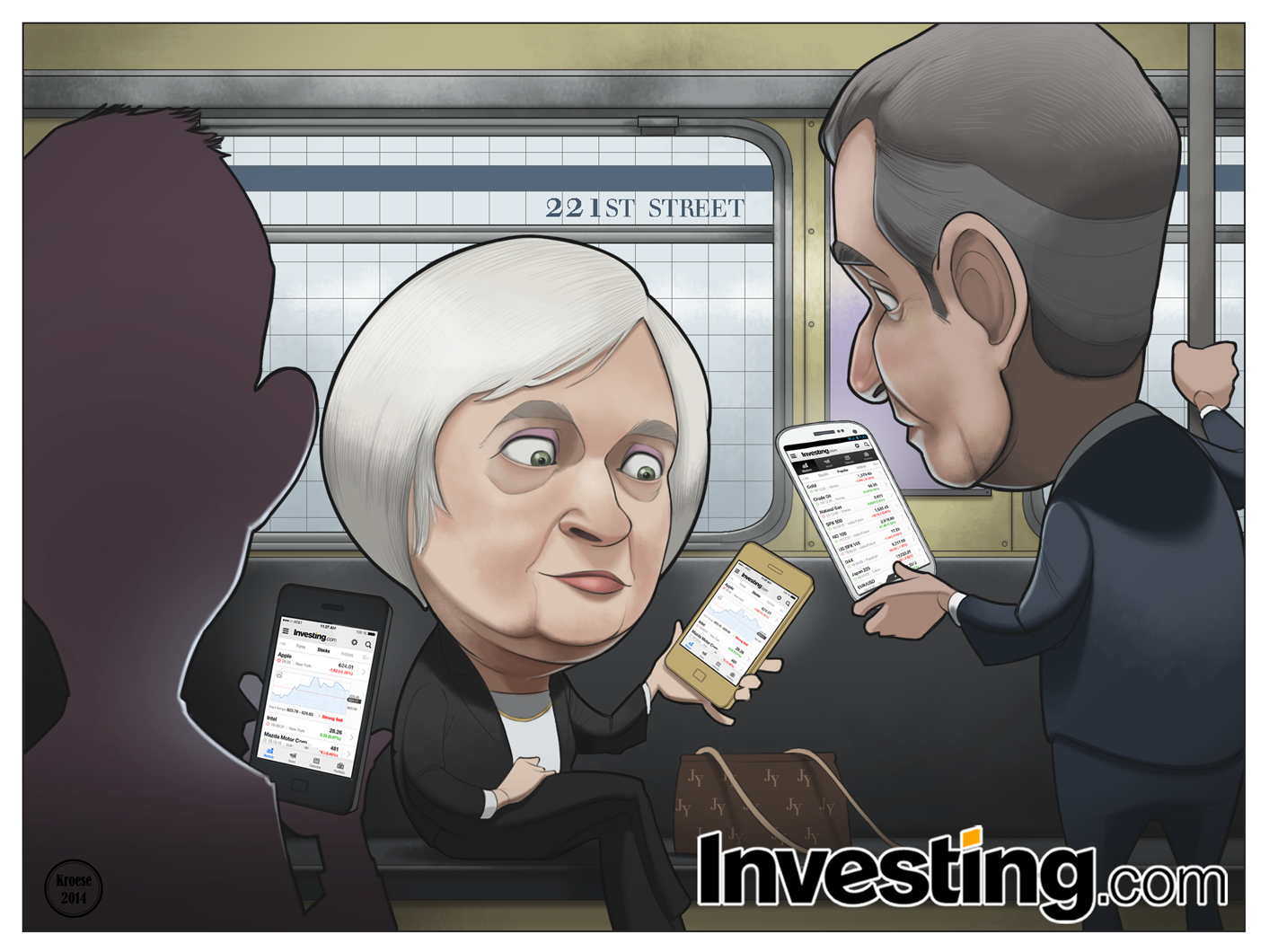 Not the best caricature of Yellen I've ever done, but serviceable.  I like the backgrounds on both of these comics.  That's probably another reason these took so long.  I worked somewhere in the neighborhood of 24 hours in two days.