Department of Lands: The Spice of Life

I just took a brief look at the most recent posts on this blog and noticed something: The last seven posts have all been Investing.com comics.  While I'm happy to share said comics and think they're interesting, I imagine you're craving a bit more variety.  The thing is, I'm always drawing something.  But I can't always share what I'm working on right away, either because the project isn't finished or it hasn't been printed or published yet or because I'm being threatened by some kind of cartel.  It's usually not that last one, but you never know.

Anyhoo, here's something new: A set of technical illustrations for the Idaho Department of Lands.  Several months ago, I was asked by the IDL to draw a series of illustrations to be included in a manual of "Best Management Practices" (a manual that illustrates official laws and guidelines for forest management techniques).

This was one of the largest projects for which I've illustrated.  The illustrations varied quite a bit in size and complexity.  The entire project spanned almost seven months.  Because there are so many illustrations, I'm going to be posting this project in multiple segments over the next month or so.

The first illustration shows the proper way to construct a ford (the point where a vehicle crosses a river or stream): 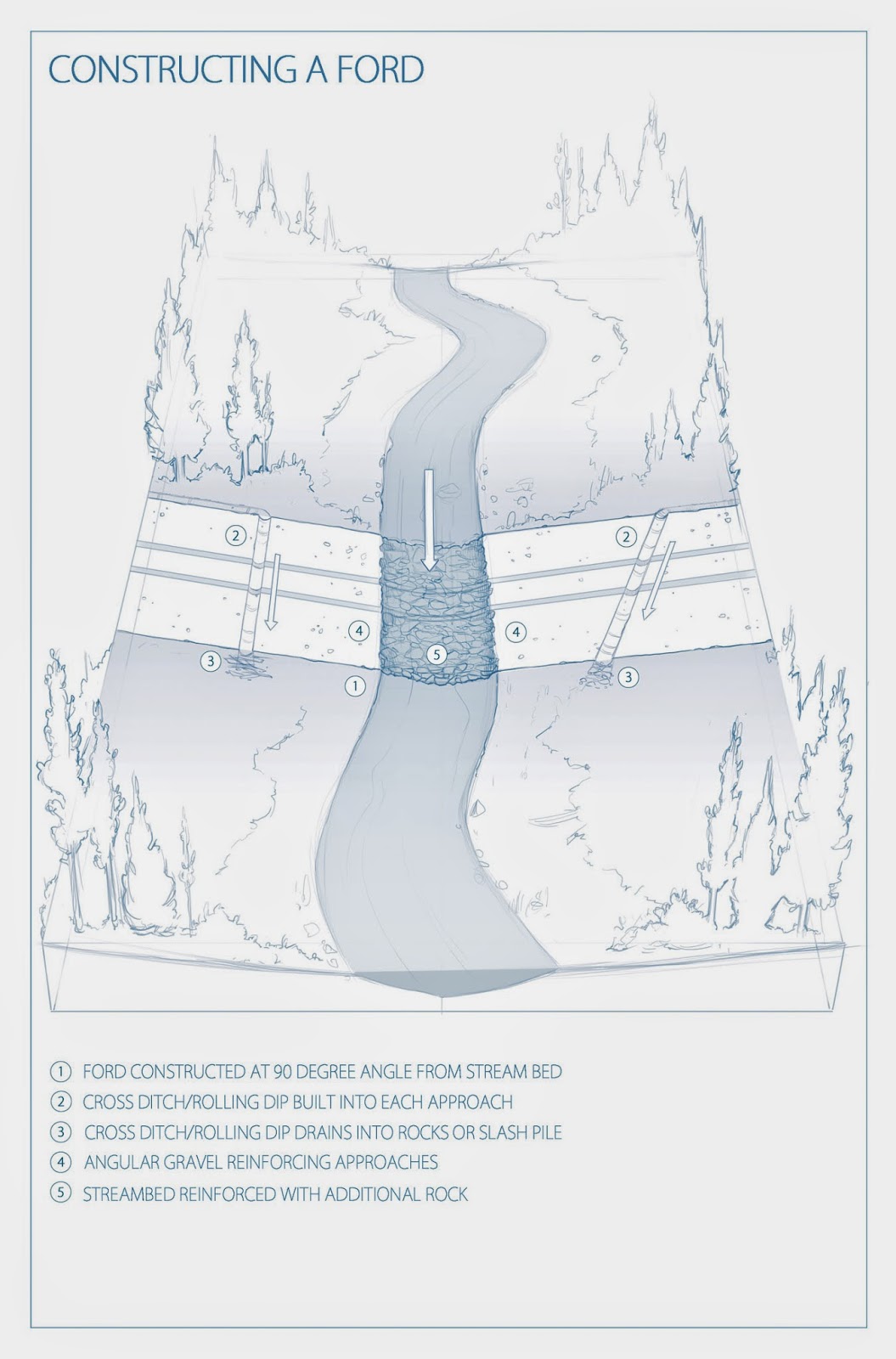 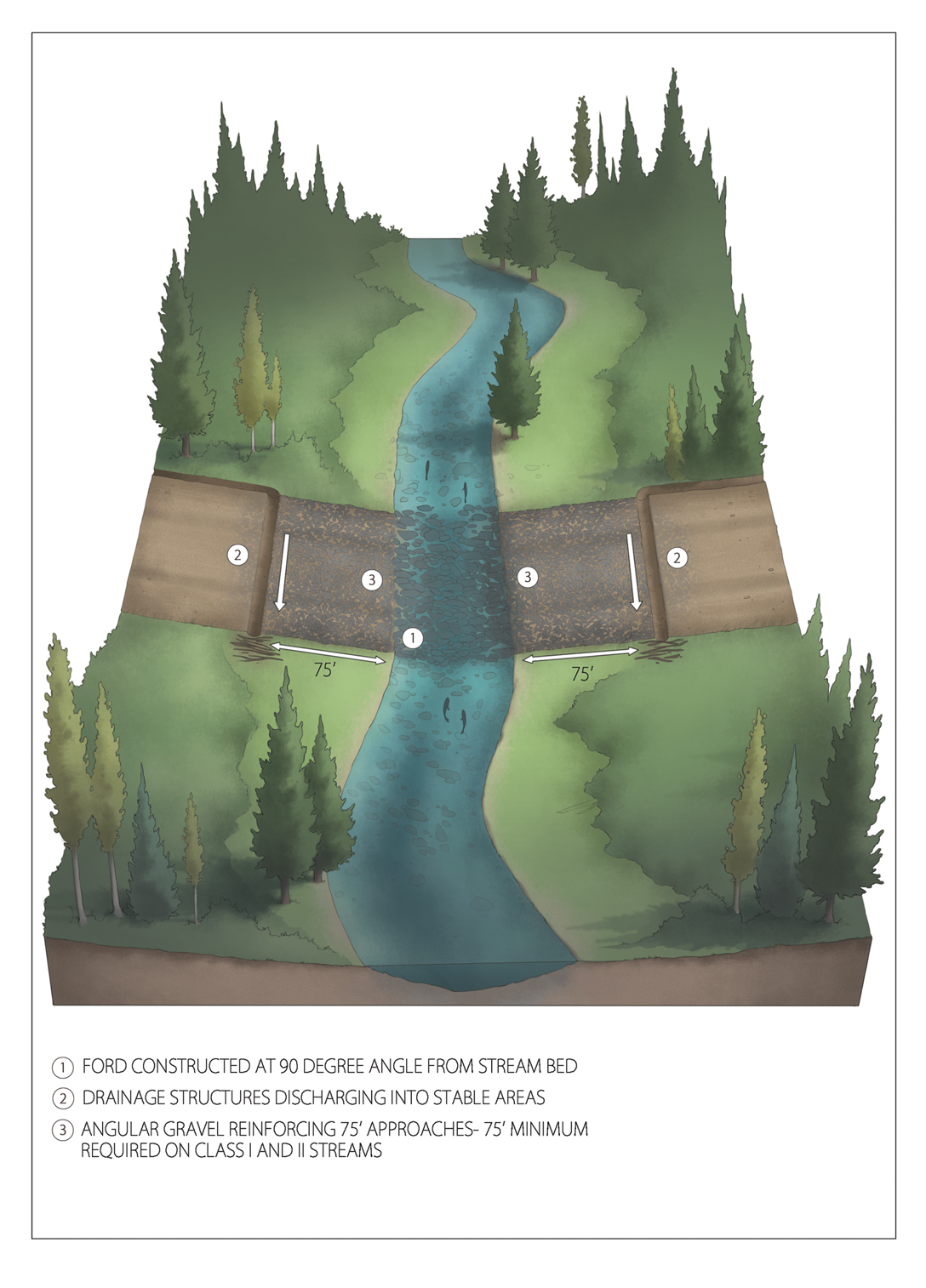 The next two illustrations are techniques for managing water and drainage around forest roads: 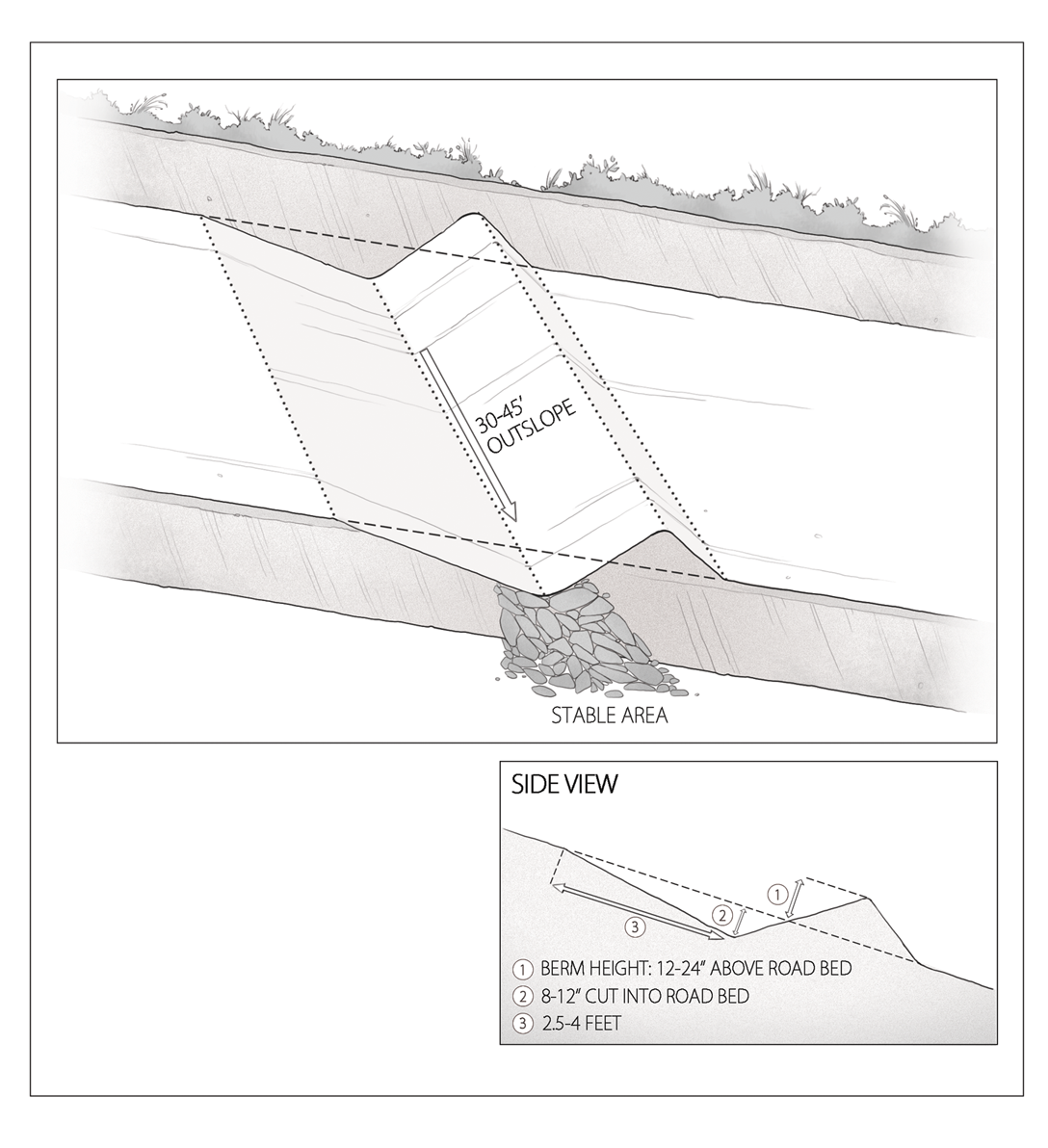 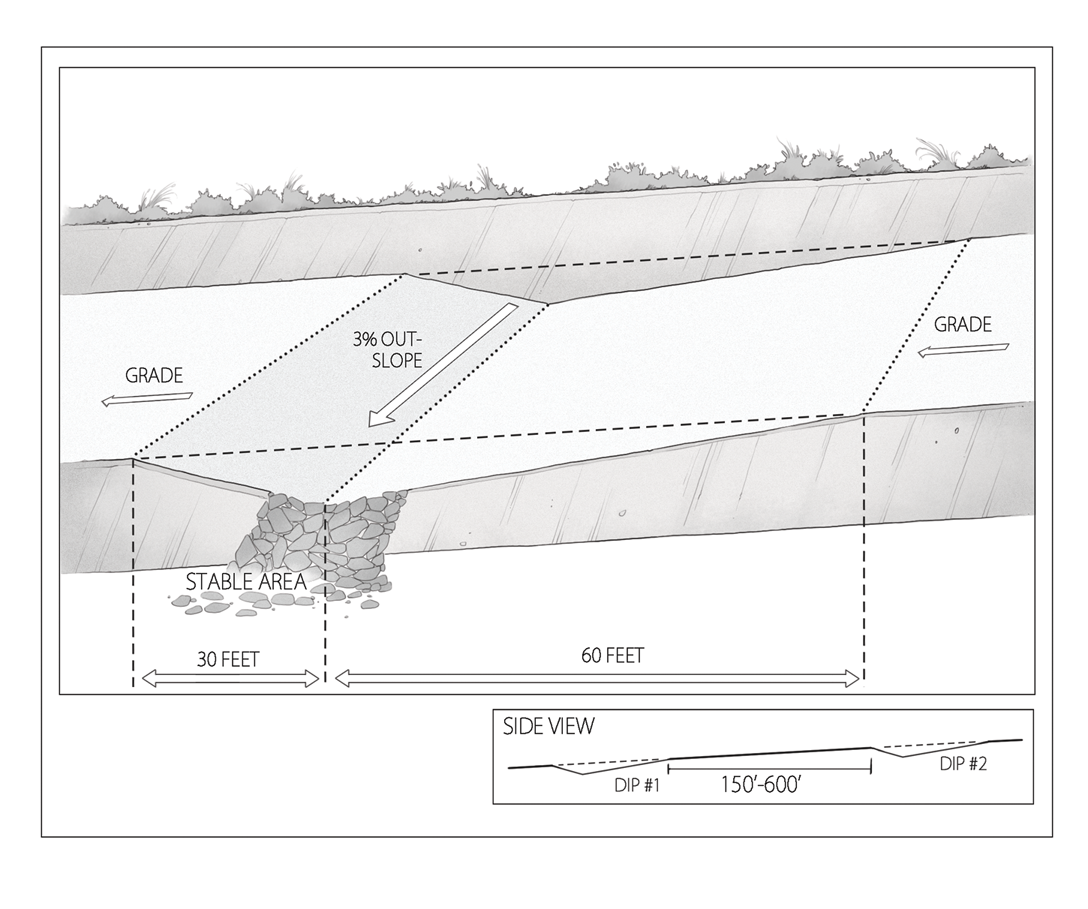 Finally, these two figures are called "Slash Filter Windrows", which are also a method of preventing soil erosion and runoff: 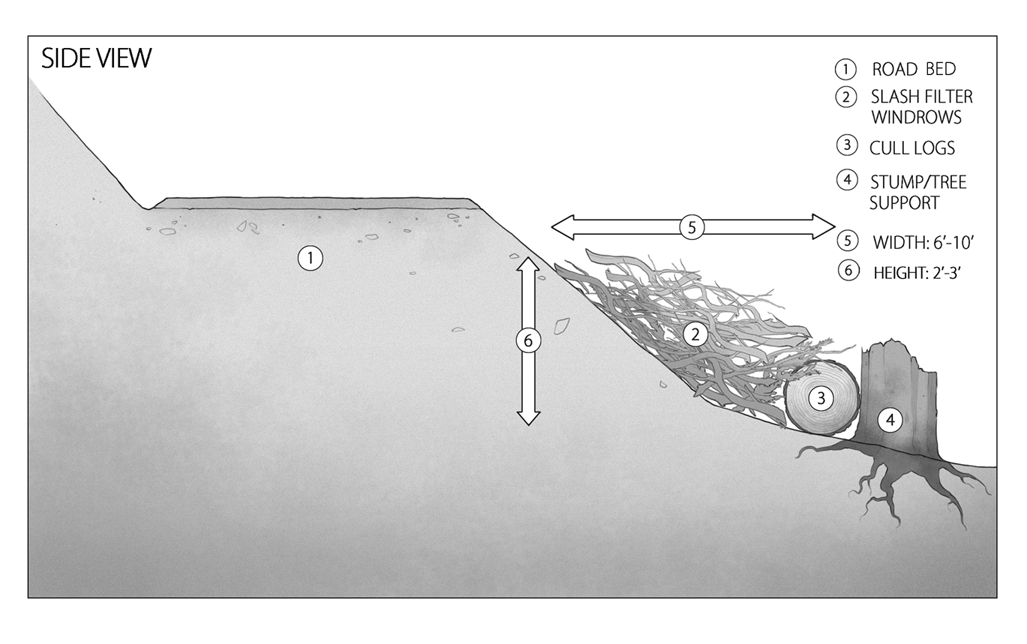 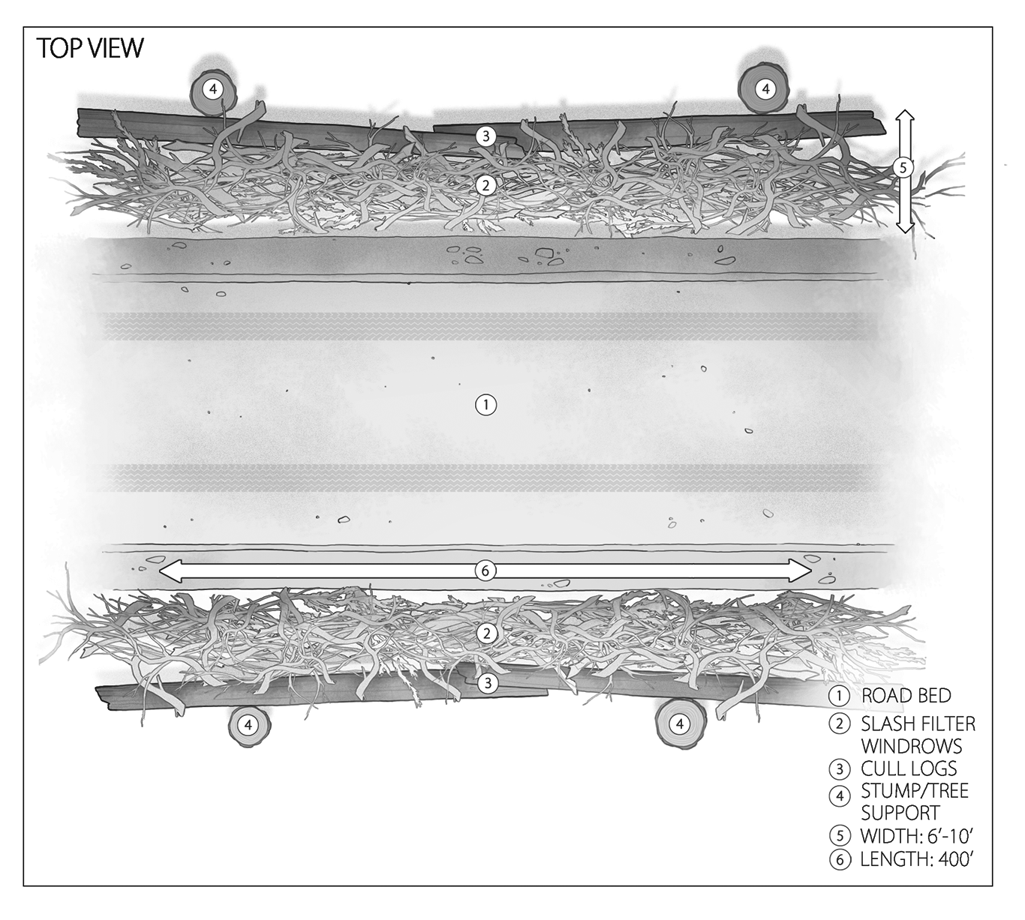 Like I said before, there's quite a bit of variety in the complexity of illustrations in this project.  Some of them are extremely simple.  A few of them are high on the list of the most complex illustrations I've worked on.  Pretty much all of them were fun.

I know it sounds a little odd to say that a series of technical illustrations on forest management techniques would be fun to draw, but I suppose I'm just a little odd.  I love this kind of work.  I absolutely love detail and these drawings have an intense amount of it.  I also love precision and clean, clear illustrations, all of which are prerequisites for technical work like this.

It was such a pleasure to get to work on this project.  I'm a little sorry it's over.  But there will be several more of these illustration sets in the coming weeks, though, so stay tuned.