Here's the latest financial comic, which ties in with the World Cup currently underway in Brazil.  I was asked by the team at Investing.com to draw a number of people standing shoulder to shoulder the way soccer (football) players do before a match.  However, this time the team would be both soccer players and politicians. 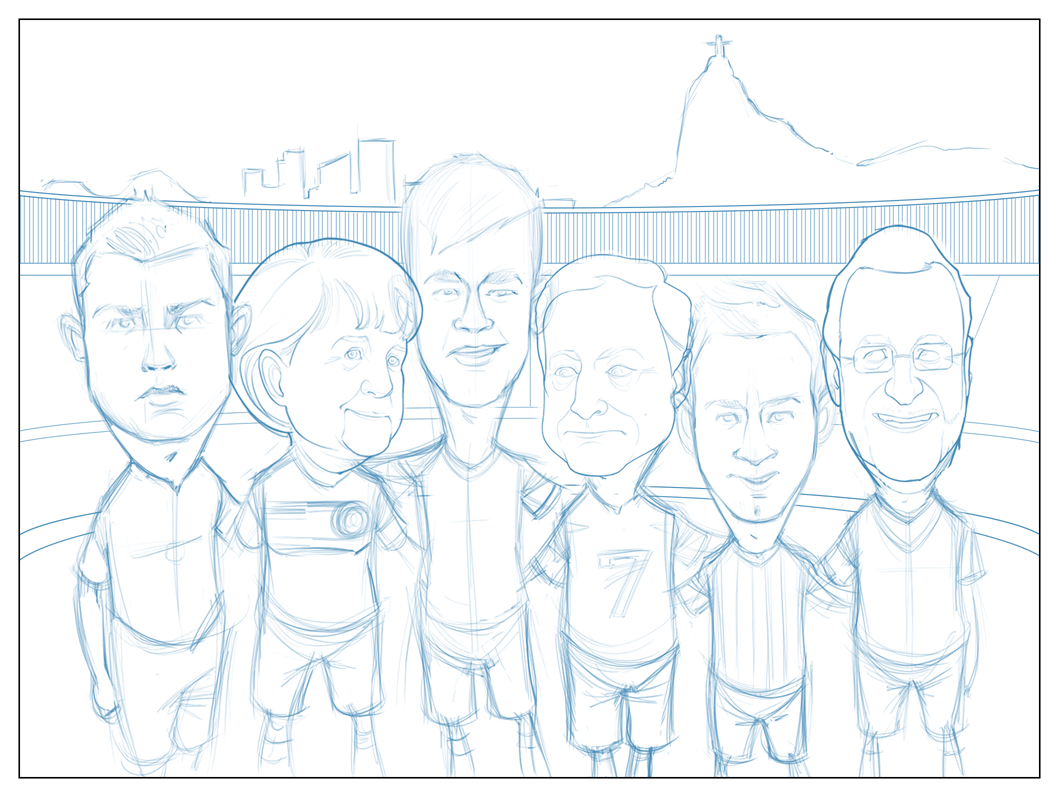 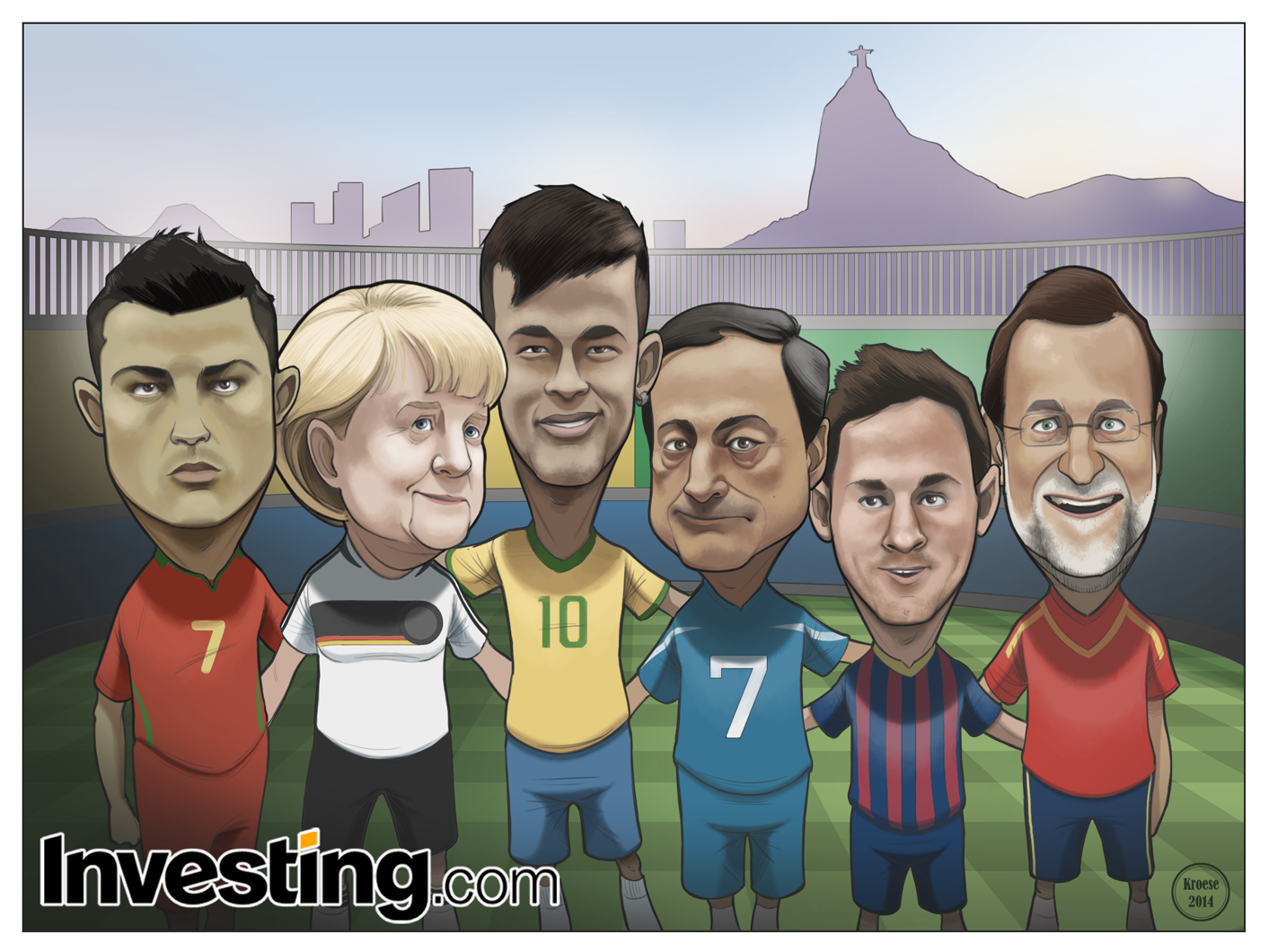 This comic was a bit of a beast, work-wise.  Six characters is quite a few.  Even re-using some old faces (the politicians are from older comics, which I don't actually like to do), this comic took 11 hours.

I feel ok about the result.  As usual, with this many characters involved I wasn't able to put much time in to the composition or other elements that might have made it more interesting.  It was a furious fight to beat the clock, so the final product is really just a line of people standing in a row.  I think the faces of the players turned out well enough, though.

I also made a mistake on Messi's jersey, so here's the corrected version: 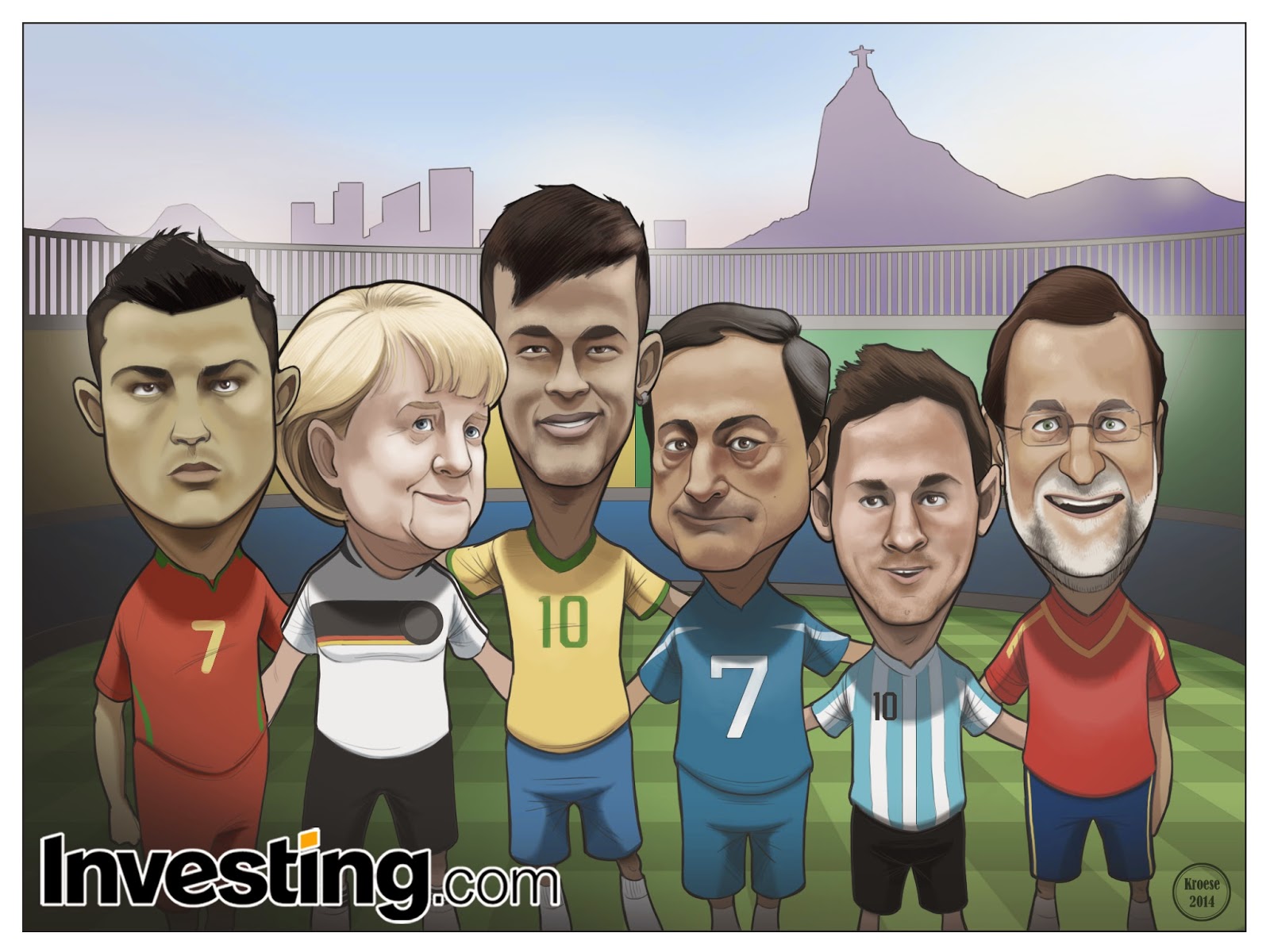