So John Kerry, Barack Obama and Vladimir Putin walk into a square...

...and nothing funny whatsoever happened.

I was asked by the crew at Investing.com to draw Barack Obama, John Kerry and Vladimir Putin looking on as a Ukrainian citizen places a ballot into a ballot box.  The background was to be a smoke-filled Maidan Square. 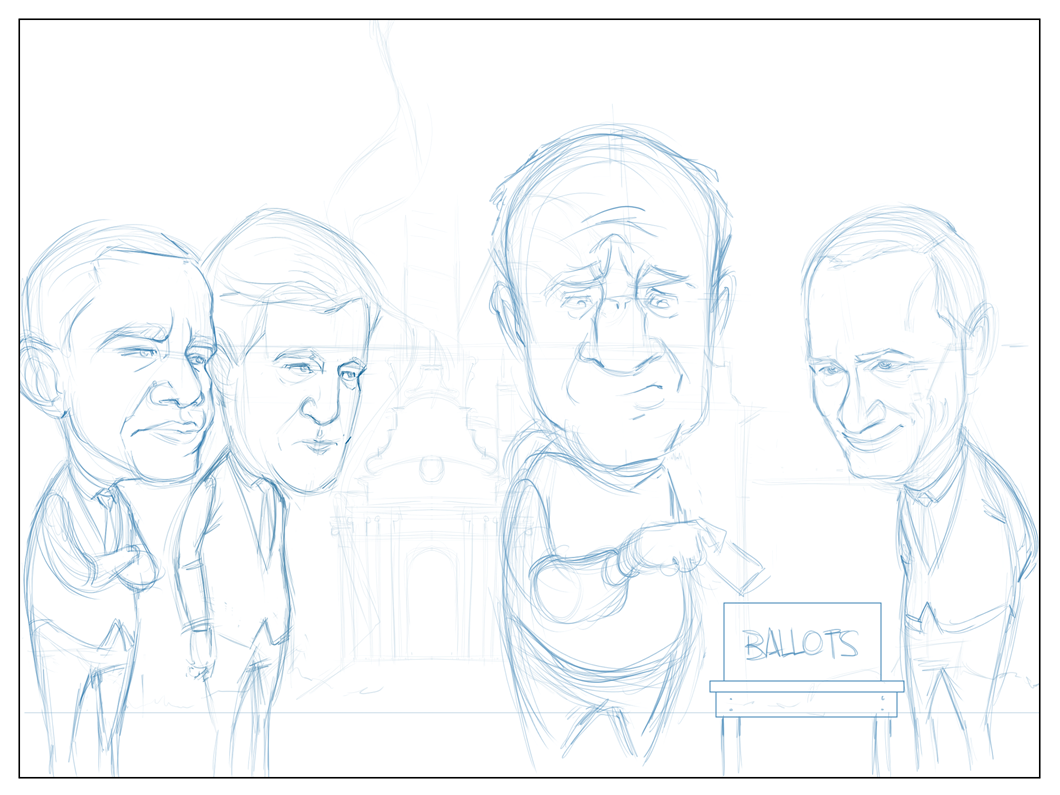 The past two comics for Investing.com have featured non-human elements as the focal point (a rocket in one and a balloon in the other).  I was happy to have the variety, but I worried a little that I might be somewhat rusty upon returning to drawing people again.

And boy, howdy, was I.  I ended up drawing Obama, Kerry, Putin, the Ukrainian man, and then doubling back to re-draw Obama because my first attempt was awful.  This is where I would include that sketch, but it was so bad that all knowledge of its existence has been disavowed.

Anyway, this comic was a toughie, but I did get to draw John Kerry for the first time.  That was pretty fun.  I'm not sure I did a great job, but it was fun nonetheless. 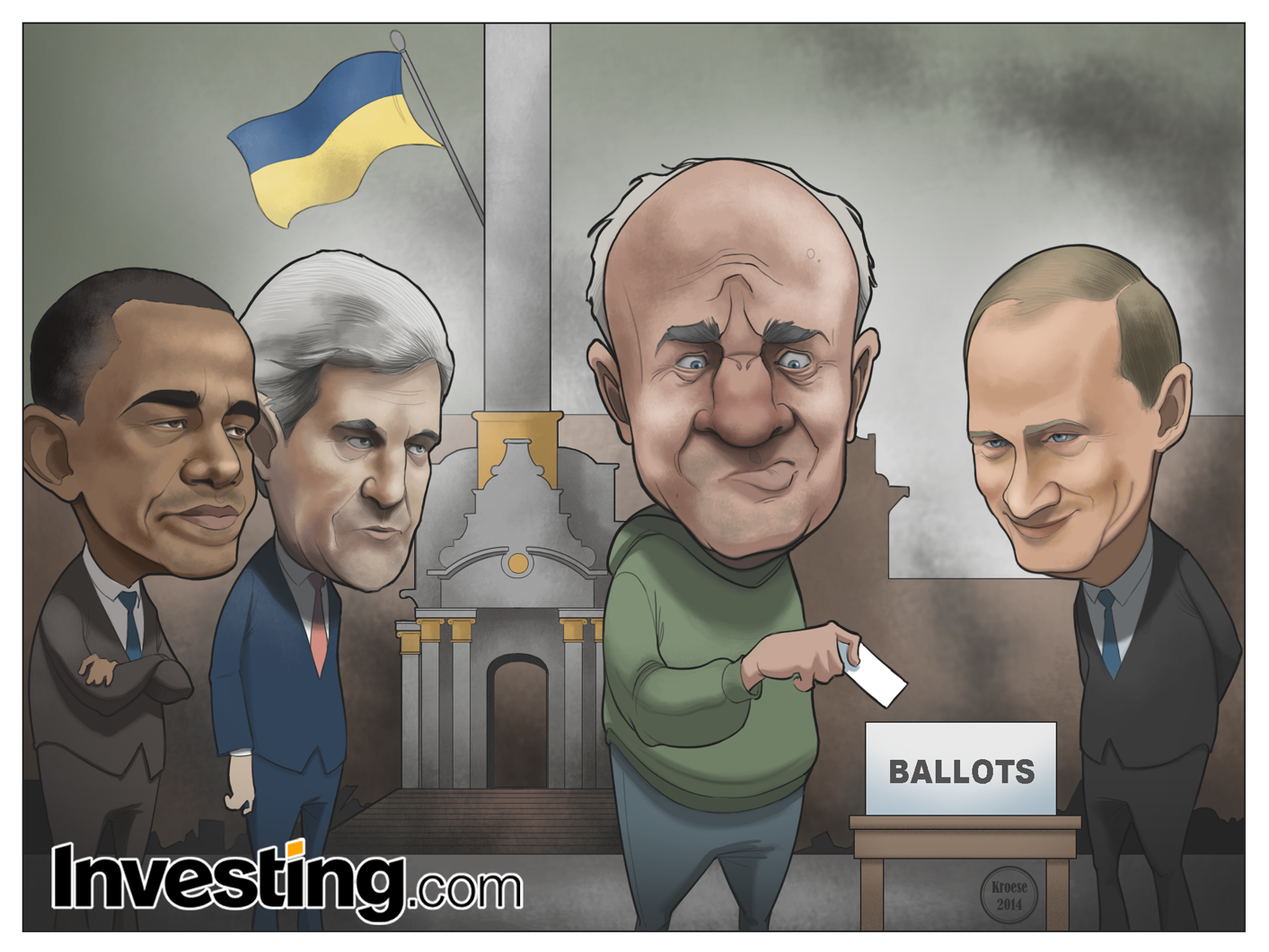 Not a bad comic, IMHO (as the kids say these days).