Here's the latest comic for Investing.com.  This week's comic deals with Mario Draghi's attempts to combat deflation in the European Union (the bugs represent deflation).  Here's the sketch: 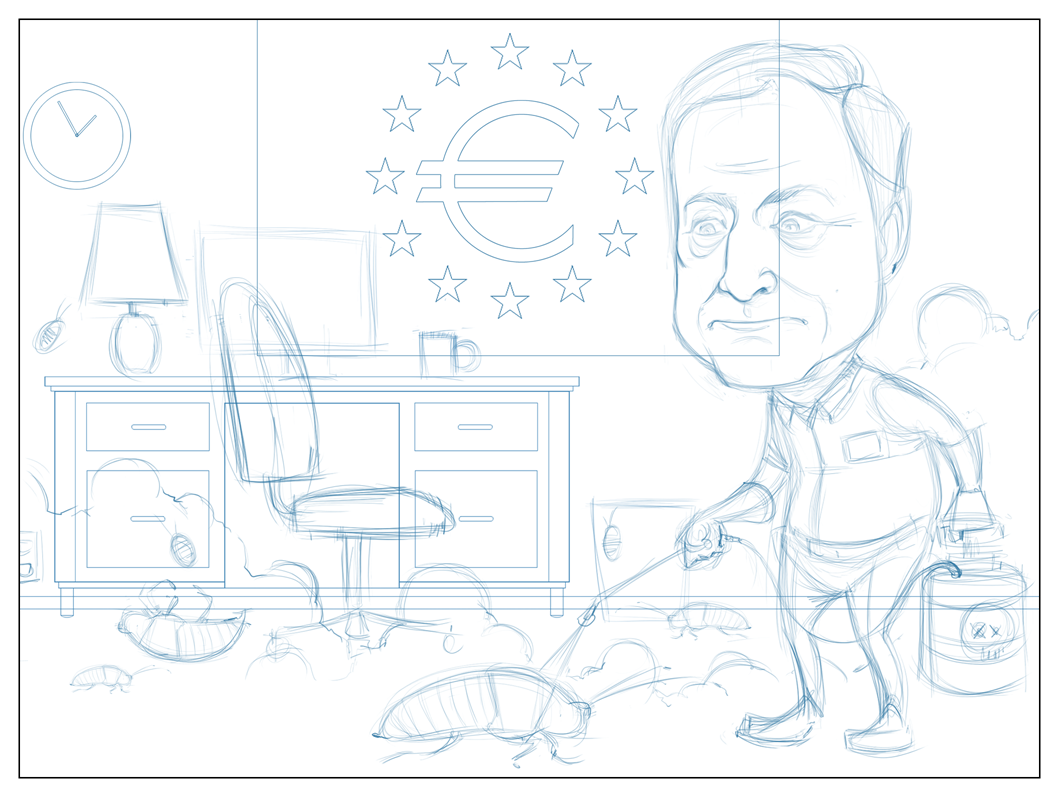 The idea, as always, was thought up by the team at Investing.com.  This was the first comic after a two-week hiatus from the financial comics.  That being the case, I felt a little rusty getting back into the swing of things.  I've been doing a lot of technical illustration lately, so switching gears into something so different felt a little odd.

But ultimately, I think it turned out well enough. What I like DON'T like about the drawing: The office is a bit bland, Draghi's face could have been more expressive (he's not really reacting to what he's doing), and one of his eyes is a bit wonky.

What I LIKE about it: The composition.  I drew the clock, the lamp, and the chair in a way that I hoped would lead the viewer's eye from the upper left of the comic down to the focus of the comic.  I also think Draghi's likeness (eye wonkiness notwithstanding) turned out pretty well, particularly considering I haven't done a caricature in a couple of weeks.