For the past several weeks, I've been hard at work on a poster for Decagon Devices.  They have a new instrument called the Spectral Reflectance Sensor.  Now, my understanding of its functions and applications is somewhat limited, but here's the gist: The SRS measures certain bands of light (specifically NDVI and PRI) that are reflected off of plant canopies.  This data can tell you about things like plant density and light use efficiency.

This project was an intense amount of work.  It was pretty challenging for me (which I enjoy in both an educational and a masochistic kind of way).  Remember how I mentioned that illustration often involves information design?  There was a lot of that in this project.  Here's the initial version: 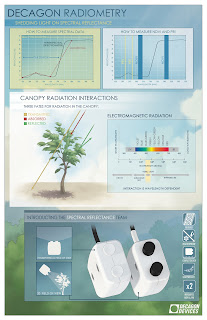 Now, this in itself is quite a bit of information to have in a single piece.  Notice how there are three graphs?  There were some fairly substantial revisions required of this first version, the most difficult of which was that I was asked to combine all three graphs into a single graph.  That was a tall order.  Conveying all the information accurately and clearly while keeping it aesthetically sound was tough.  It took me several days just to figure out how that was going to work.

Many of the other elements changed as well.  The two panels in the lower left-hand side of the first version were completely redrawn, this time larger and with far more detail: 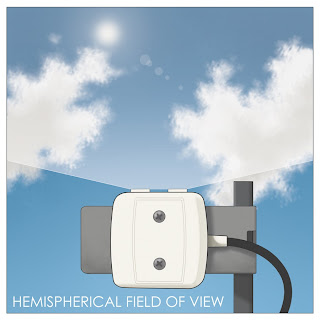 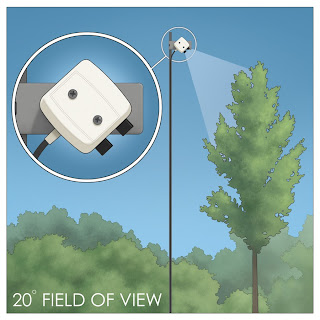 As I said, this one was a ton of hard work.  But with a lot of help and good guidance, we came up with a version that's stronger in terms of the way the information is conveyed.  I think it's also visually stronger: 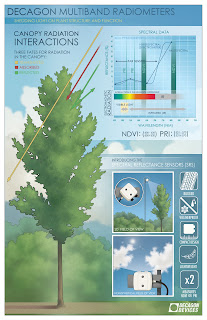