Howdy.  I was out of town last week, hence the lack of posts.  I did, however, do a bit of sketching while I was gone: 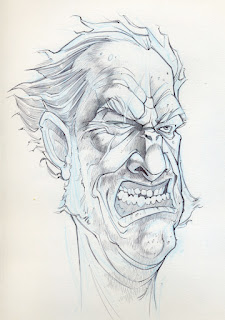 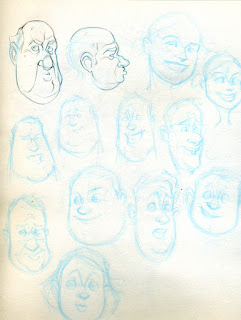 Nothing too spectacular, but the sketching helped me avoid rusting up too badly while away.  The top sketch is graphite and ballpoint pen, which is something I haven't done in years.

If you're wondering about the inspiration for that piece, I was having a martini in a hotel bar and was unfortunately seated next to couple that was making out.  It turns out that the sound of two people sliding lips is perhaps my least favorite sound in the entire world.  Hence the expression.

Yes, griping about something like that makes me feel a bit like a crotchety old man.  On the other hand, don't make out in public.

This PSA against PDA is brought to you by the Crotchety Old Man Foundation.