A couple weeks back, the stellar folks at Decagon Devices asked if I would be willing to tackle some cover illustrations for an upcoming publication.  This one deals with the measuring of moisture activity during the production/manufacturing of pet food.

I'm only just beginning to realize I have some preconceived notions about the aesthetics of science and science-related things.  Namely, I tend to create illustrations and designs for this subject that look very clean (you could make the argument that ALL my illustrations and designs fit this description, but I think it's particularly true for scientific applications).  I'm guessing this has something to do with my conception of science itself: I associate science with numbers, measuring and quantifying, precision, exacting standards, etc.

Of course, the PROCESS of science is pretty messy.  There's a lot of theory and experimentation that has to take place before you can get to precision.  But at some point after all that messy work, you've created a standard.  You've created a system of measurement or a means of explaining and replicating a process or system.  You've cleared away superfluous information.  You've Occam's Razored your way to something straightforward and exact.

And now you need an illustration for that.  So you contact this guy you know who's always happy to hear from you and you describe what you need.  He sends you some concepts:

The concepts are all fairly straightforward with one exception: Third from the left.  I thought this was a great idea, but I don't think it was easy to understand the intent.  That's supposed to be three pellets of dog food in the same arrangement/structure as a water molecule.  Again, I thought it was a good idea, but ultimately if no one gets it it's a bad idea.

This concept was chosen from among them and finalized: 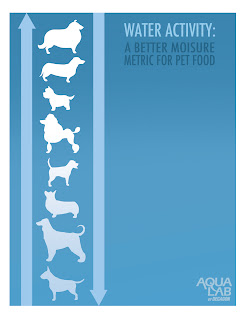 My favorite is the poodle.  Somehow I've gotten to this point in my life and never drawn a poodle.  For shame.

I was then asked to come up with a few ideas for the back cover: 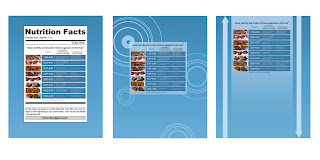 My favorite was the nutrition facts label.  Which they chose.  And I was happy.