Long ago (a couple of weeks, maybe), it was decided that some illustrations would be needed to make a sweet 404 page.  And yea, I was contacted, for I am local and someone was nice enough to recommend me.  It was the Web Developer, me the illustrator, and a nice lady who does contracts for the University.  And so The Fellowship of This Particular Project was formed and an epic journey began.

The University's website gets all sorts of traffic and requests.  Sometimes those requests don't work out, so people get sent to a 404 page where they're asked to try again.  Someone had the idea to gussy up the page a bit and to include Joe Vandal in the gussying-up process.

So here's the result: 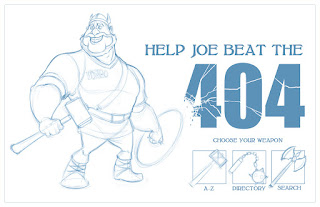 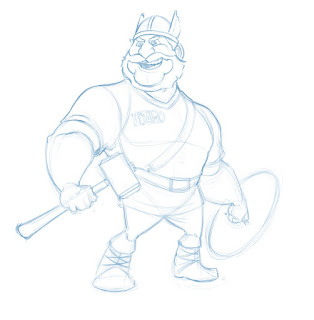 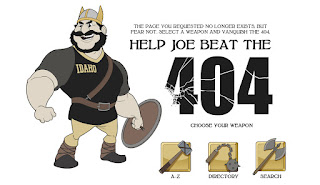 As you might have guessed, this project was a blast.  I've been a big middle earth fan since, like, forever (middle school when I started reading the Shannara series) and any opportunity I have to draw subject matter from that genre is an opportunity I will taketh, baby.  I was even allowed to re-imagine Joe's body and uniform to a certain extent (though not his face, as you can see from the concept sketches).

It was great good fun.