In ancient times, the old ones would draw on a primitive material called "paper" whenever they couldn't get their computers working properly.  Sometimes, in an attempt to re-connect with the ancestry of my people, I will draw on similar material using sticks with bits of graphite in the middle of them.  And then, invigorated from communing with the old ones, I'll hunt for hamburger out in the wild and bring it home to cook it on the Weber.

"Of all the manly professions, surely there's no manlier than the mighty illustrator." 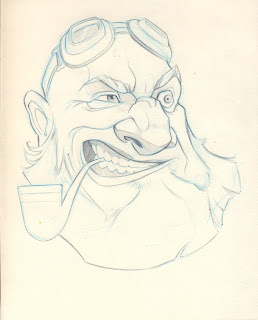