I'm not sure why, but when beginning the concepts, I began with Winter.  Maybe because the visual elements were more visually appealing to me.  But, having hammered out the Winter poster, I realized that this year Fall came before Winter.  I was stunned when I found out.  Particularly because it meant I had put up the Christmas tree way too early.  It also meant the Fall concert (and subsequently the Fall concert poster) would be coming before the Winter concert and poster.  In spite of my request to make an exception this year and have Winter before Fall, traditional order was kept and I was forced to come up with the Fall concepts. 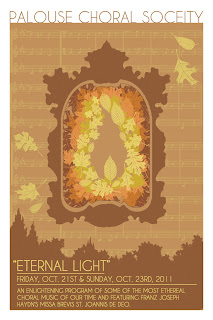 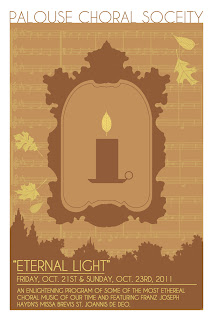 And here they are.  The second is the poster that was eventually chosen after a few minor changes.
Posted by Noah Kroese at 3:03 PM