I presented the concepts with the nagging feeling that I didn't really like any of them.  None of them were bad, necessarily, but I wasn't excited to turn them into finals.  I happened to mention I had a list of other ideas that I hadn't actually turned into concepts.  One of them was the scientists as action figures.

I had discarded this idea because I was worried it wasn't related enough to the subject.  But it's actually spot on in a number of ways.  Also, when an illustration accompanies a large body of text that describes the subject matter in detail, the illustration need not be so literal.  In fact, it might even be better if it strays from the subject slightly to create tension, draw attention, and avoid redundancy.  This is just a theory, of course, but it seems to hold water.

Plus, the little boy in me (or maybe it's more accurate to say "the little boy that I am") had a field day with this idea.  SO MUCH FUN.  I was obsessed with G.I. Joes when I was little.  This, in some ways, is my homage to my favorite toy of all time.  Accessories, over the top packaging art, those fused together fingers that always formed a "c" shape to grip items, semi-articulateable limbs.  Every bit of it was fun.  Plus, the background elements were also fun.  I was born in the 80s, but I still have a fascination with 1950s aesthetics.  Simplicity and elegance are two possible culprits. 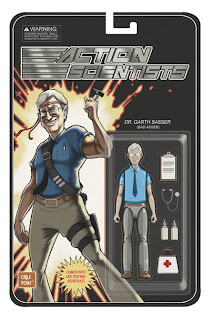 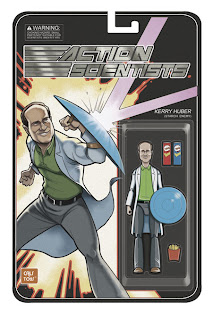 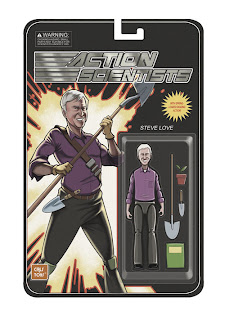 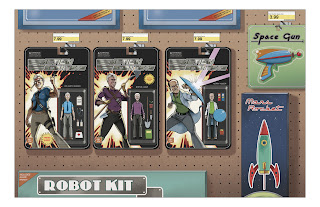 Cheers.
Posted by Noah Kroese at 8:27 AM No comments:

Perennially awesome client "Programs and People" recently brought me a new assignment about innovators in science.  The article features three men whose research into their respective fields is not only groundbreaking (sometimes literally), but also very marketable.  These men are Kerry Huber (who has discovered a way to allow the human body to block the starch in potato products from being turned into fat), Steve Love (native plant seed specialist), and Garth Sasser (livestock management).

Here's what I love about "Programs": The designer I work with is a friend of mine and is a genuine pleasure personally and professionally.  She's worked with many other contractors (as well as having done freelance work herself) and always treats me with respect.

"Programs and People" is a magazine produced by the College of Agricultural and Life Sciences at the University of Idaho.  Working for any large organization often means being answerable to any number of administrators and managers as well as to a large, very diverse constituency.  Readers of "Programs" are likely all over the map in terms of political and socioeconomic positions.  It would be nearly impossible to keep this kind of group satisfied without creating something that's nice but relatively bland.  But "Programs" manages to consistently create an engaging publication and still allows people like me quite a bit of creative freedom.  My hat is off to people who can walk such a line.  It's one of the reasons I'm excited to work with them every year. 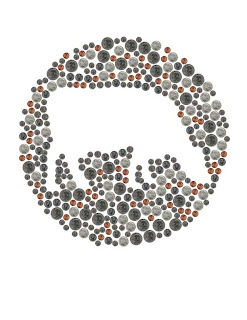 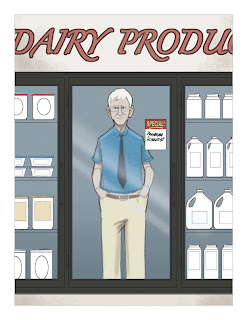 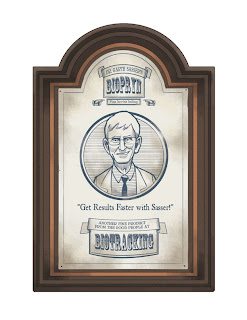 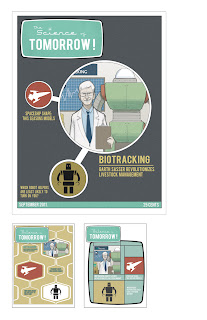 For the concepts, I focused on only one of the featured researchers (Garth Sasser) to simplify things.  The ideas were all based on the phrase, "Taking ideas to the marketplace".  The first (coin silhouette) was meant as ancillary art.  Concept two plays on the fact that Sasser's research affects dairy products.  Concept three is based on a turn of the century sign and concept four is a fictitious 1960s space-age science magazine.  These concepts would have been applied to each of the other subjects eventually.
Posted by Noah Kroese at 8:13 AM No comments:

This is a set of concept illustrations for a new Decagon project.  It involves a new method of data transmission between sensors and data loggers.  My understanding is that, essentially, this method greatly simplifies what would ordinarily be a fairly complicated sensor array.

The illustration is meant to show the path a client's data would take from its source to the client's computer.  Beginning at the greenhouse (where the sensors are installed), the data is collected and routes through a kind of sensor hub which relays the data to a data logger and then on to a computer.

I tried a few new approaches in this one, including using an X-ray-like visual for the sensor installation illustration.  You would think that, after the factory illustrations (see old blog post for reference), I would have learned my lesson about multiple-point perspectives.  But the fact is that it just makes for a more interesting visual.  And the more compelling the visual, the more likely it is that the viewer will absorb the information.

There will likely be thorough revisions to this set, but overall I think the set does its job nicely.

Cheers.
Posted by Noah Kroese at 5:19 PM No comments: 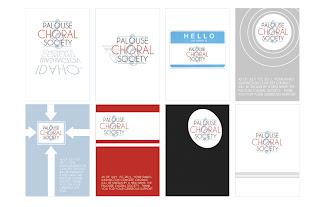 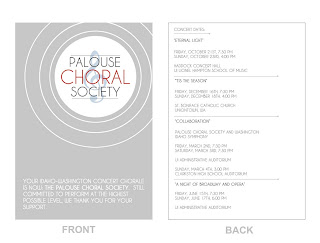 Here are a few designs I worked up for an advertising postcard for the Palouse Choral Society.  They're essentially just to let people know the organization changed its name and about upcoming concert dates.
Posted by Noah Kroese at 5:09 PM No comments:

Well, according to the Blogspot Dashboard, I haven't posted since August 4th.  Rest assured that, as today is September 4th, I have spent the last month feeling like a bad person for my posting celibacy.  I've been swamped.  This time of year is nearly always intensely busy for me.  It has to do mainly with a few annual clients whose publishing dates always land right around the same time.

At any rate, here's the first of many posts I'll put up in the next few days.  I was hired recently to create an illustration for a local restaurant's menu cover.  This restaurant is a local fixture and one that I frequent, so it was a cool gig.  Essentially, they asked me to draw the front of the restaurant.  And that I did. 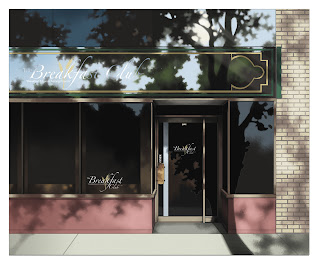 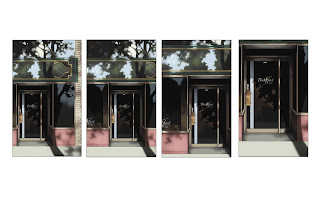 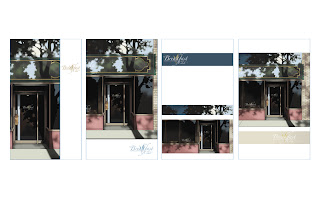 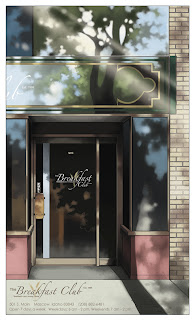 These are, respectively, the initial (a larger version), various layouts and compositions of that piece, and finally a revised version.
Posted by Noah Kroese at 5:06 PM No comments: