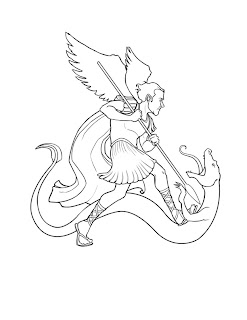 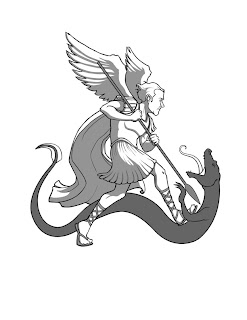 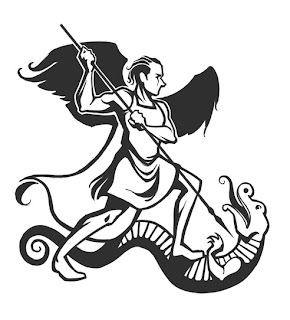 Rather than go to Tashi's station to pick up some power converters, I decided I would design a tattoo for a friend of mine (at his request). He's a police officer and asked me to base the design on St. Michael, the patron saint of law enforcement.

I worked up the first version and sent it off. The response was tepid. When I took a second look at the design, I saw why. He kind of looks like he has corn rows. Not that there's anything wrong with that, but it doesn't exactly fit with the image one has of St. Michael. Also, it's a bit too clean. It almost looks like the logo for a mutual fund group.

The second version (shown with and without shading) was well received and could end up being the final version.
Posted by Noah Kroese at 10:22 AM