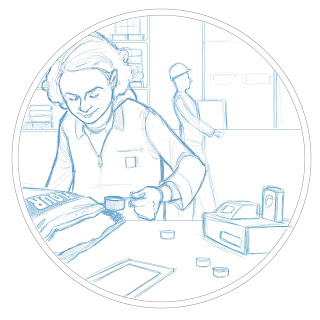 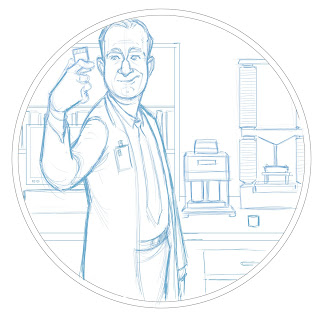 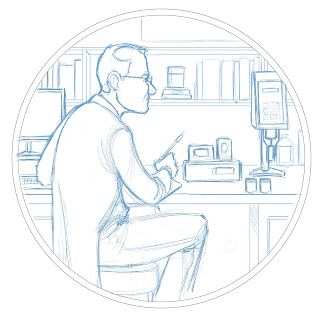 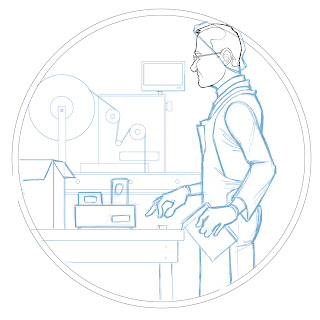 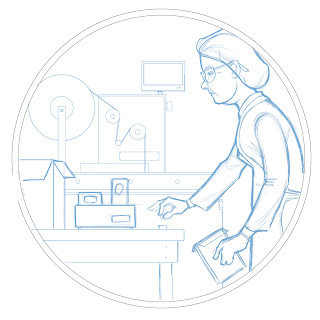 I like to draw. I also like to use the word "ancillary" whenever possible. Makes me feel ancillary. Anyhoo, this set goes along with the factory illustrations from a couple months back. The illustrations are meant to show workers in the various areas of the factory using the Aqualab.

Main challenge: Using various angles and compositions to create visual variety within the set. This was also made more difficult by the circular framing, which was a little more limiting than I had anticipated.

Least favorite part: The first illustration (the woman with a hairnet, goggles, and a red shirt). This project actually took a lot longer than I'd predicted, mostly because of this first illustration. I had to figure out a style that sat comfortably between cartoony (too silly for the context) and realistic (too serious). It also had to match the original illustrations enough for them to mesh in a single visual presentation. I probably re-drew her face four different times.

Favorite part: Probably the woman with red hair (in shipping). I just like the way this one came together.

I'll post the sketches first, then the finals.
Posted by Noah Kroese at 12:02 PM