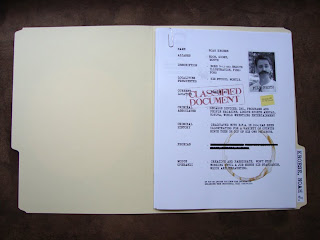 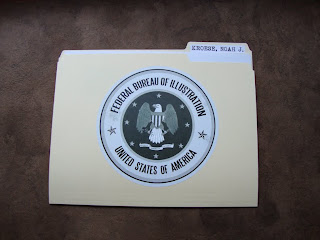 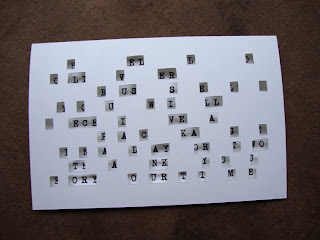 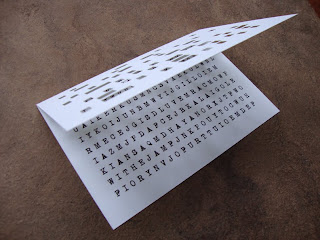 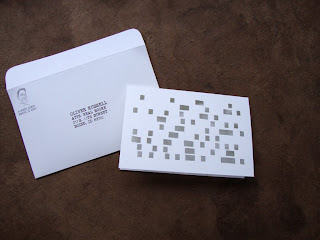 A couple weeks back, I realized I would have a slight gap in my projects (the paying ones, at least) and decided to be proactive about it. I researched a dozen companies in the Boise area I thought looked interesting and looked like they might be able to use illustration. One in particular stood out: Oliver Russell.

Oliver Russell is an ad firm that has a really cool looking website and some nice projects posted. They also seemed to have a pretty good sense of humor. I decided to make an elaborate promotion just for them and see how it turned out.

The promotion started with the idea of an FBI file. The first thing I sent them was a teaser/mailer. It's a top-fold card with what looks like a random block of letters on one side and a random series of holes on the other. But, when folded over...

The super secret decoded message says, "Hello Oliver Russell. You will receive a package in a day or two. Thank you for your time."

The main part of the promotion was the file itself. I designed and drew up a seal based on the FBI/NSA/CIA seals, made a fake case file complete with a coffee mug stain on it, and included a personal note with a small print book of my work.

No self promotion is foolproof. In fact, I've actually had very little luck by soliciting directly to potential clients. But I wanted to go out on a limb with this one and have some fun. And I at least succeeded in doing that. Unfortunately, I have yet to receive any feedback from O.R. or even a return of any of my calls. C'est la vie. I still had a good time.
Posted by Noah Kroese at 7:21 AM 3 comments: 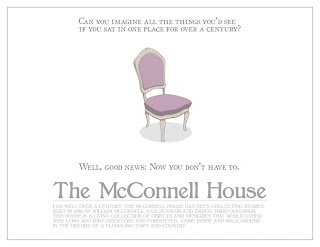 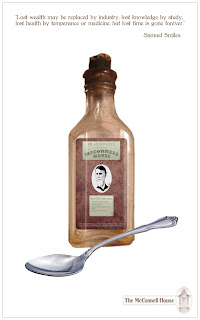 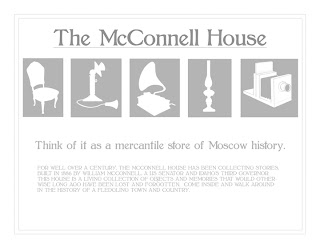 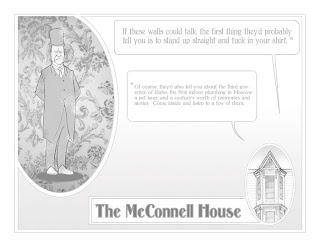 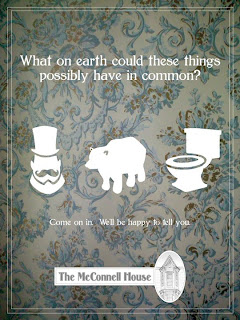 Here are several concepts I put together for the Latah County Historical Society. They need a new sign in front of their museum and asked me to take a crack at it. These are the results.
Posted by Noah Kroese at 7:17 AM No comments: 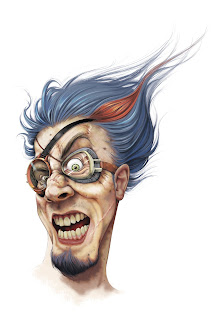 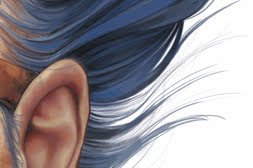 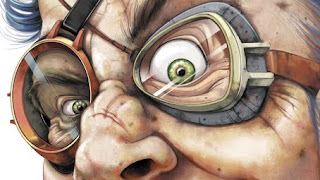 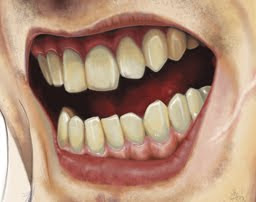 So, I finally did it. After waffling for years and swearing to adhere to the proud analog traditions of the ancients, I picked up a tablet and started experimenting.

I can honestly say I've never had more fun drawing. Working on this piece has been pure joy. Part of that is just exploring something new, which is always fun. It's also exciting to see all the possibilities in this medium.

It has the versatility of oil painting except with more control, finer lines, and no waiting for the paint to dry. The amount of detail I can fit into a square inch of an illustration has likely increased ten fold. That's incredible for a total geek like me. I can't wait to start the next illustration.

This drawing wasn't for anything in particular except practice. I'm sure that contributed. I wanted a subject that would provide a myriad of textures and shapes but not one that would overwhelm me right out of the gate. Here it is.
Posted by Noah Kroese at 8:51 PM 2 comments: 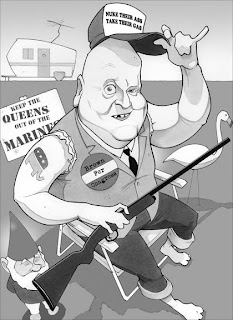 This here's the latest for "The Boise Weekly". It's an illustration that will accompany an article about a colorful man by the name of Harley Brown, who's is an Idaho congressional candidate. The phrases in the illustration (excluding "Brown fer Congress") are pulled from his website. I wish I was kidding. Under immigration policy, it simply says "Adios, Amigos!"

I used to be an editorial cartoonist. In all fairness, I wasn't great at it. But I can't help but editorialize a bit here. Brown's chances aren't great. But that doesn't stop him from reinforcing the idea that everyone from Idaho is an uninformed hillbilly. Regardless of your position on the political spectrum, I think what we need now in politics are well-informed, intelligent, thoughtful candidates with platforms based on logic. What we don't need is another person with divisive straw-man arguments meant to angry up the blood.

Ok, that's plenty of opinion. The illustration itself was intensely fun. And, giving credit to Brown, it wouldn't have been so if he were Al Gore. His face is already a caricature and his personality seems to be cartoonish as well. The garden gnome comes from my affinity for Rien Poortvliet, a Dutch illustrator I've always loved.
Posted by Noah Kroese at 7:32 AM 1 comment: 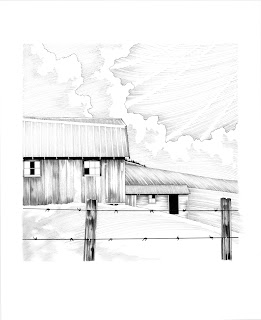 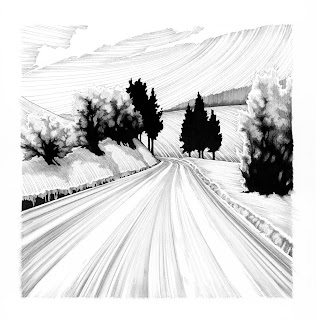 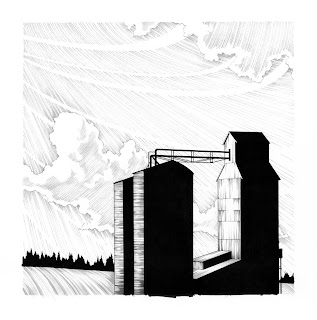 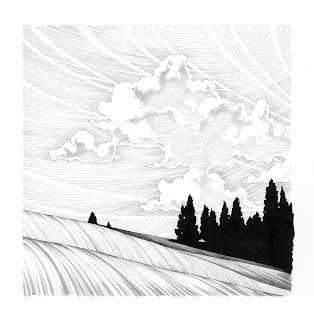 Remember the landscape concepts I drew up for Decagon circa one million years ago? Well, I've been working on those landscapes for a couple of weeks now, which is one of the reasons I haven't posted anything recently.

I'll be honest: I dragged my feet on this project. I had some other deadlines to meet and there was no set deadline for the landscapes, but that's really only an excuse. The truth is that I wasn't excited about working on these. I wasn't sure I had anything to add in the Palouse landscape arena.

But after a myriad of unsuccessful attempts with only a general idea of the final product, I stumbled over a sort of faux-etching technique and found myself not just enjoying the work but excited about the outcome. It was just a very fine pen (Micron 005), a ruler and a French curve. Oh, and time. I think Milli-Vanilli was popular when I started these.

I showed them to a group of friends (fellow illustrators and artists) and they're convinced I'm a robot. I cut myself shaving yesterday, though, so no dice on that theory. But I guess Replicants bleed, so you never know.

At any rate, I presented them yesterday. They went over well. Now, in a strange perversion of my initial reaction, I'm a little sad to give them up. It's like a bad romantic comedy.
Posted by Noah Kroese at 7:11 AM No comments: