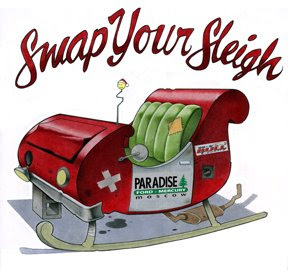 Well, the revised lettering did not go over as I had hoped. It was still, in the client's opinion, too stylized. I re-drew the lettering. Personally, I don't think this version has as much personality, but ultimately the decision isn't mine to make. I'm still satisfied with the result and this piece will likely make it into the advertising/promotional section of my portfolio. This project has also turned out to be a textbook example of the start to finish process of an illustration commission (development and execution of an idea).
Posted by Noah Kroese at 7:37 AM